Here’s the truth. Whether Sister Sandra Bland’s death came by way of self asphyxiation, or was  murdered by racist cop(s),  is irrelevant to the overarching theme of her mysterious death. Media and white supremacy has done a marvelous job, yet again, at distracting us from the main focus in that being police brutality. If one has any sort of social lucidity, then you know all to well how this saga plays out. They portray the Black victim as the antagonist, while the true culprit (majority times who is a white male) roams free as a bird. There’s been a bevy of commentary in regards to Sandra Bland’s death that has potentially caused some jaded judgement. If not you, then I’ll certainly admit it has caused me to be skeptical of what took place in her final moments.

I must be honest, after hearing about Bland’s attempted suicide in 2014 that came by way of a miscarriage, and her own video message disclosing bouts with depression, the propensity of Bland taking her own life, for me, is plausible. But, again, if we focus more on her death than we do on her being unjustly arrested by way of police brutality, we’ve drank the proverbial kool-aid that media has offered us. The reality is she had no business being held in Cell 95 in the first place.

What exactly did she do wrong? I can answer that for you – nothing! She first expressed her disdain with the traffic stop because she couldn’t understand the purpose in which she was being stopped. However, she acquiesced to the officer’s instructions with a tone and tenor of confusion and frustration, thus causing the officer to begin having to nurture a bruised ego. And how dare you bruise the ego of a white police officer. Did she not know? He’s Pharaoh and you’re a Hebrew Slave that better not dare question why he’s making you make brick without straw. He was searching for a reason to become cantankerous. Her less than ingratiating spirit, which rightfully so, rendered his search justification to find a reason why he was about to ‘light her up.’  Then after being processed in the Waller County jail, she made some phone calls and was unable to get through to anyone.

Given the gravity of the utter hell she experienced over those past three days, one must only be dead to not resonate with the pain and sorrow of her question she asked while leaving a voicemail:  ‘how did switching lanes with no signal turn into all of this?’ And I in addition to millions echo her final sentiment, ‘ I don’t even know.’ The trauma of being slammed into the ground, unfairly detained, unable to reach loved ones, and unsure of just what the future held, had to have been an inconceivable experience. If Sandra Bland did take her life, it begs the question of how much can one take before they begin to respond contrary to who they are in hopes to assuage themselves from the diabolical doldrums in which they currently reside? No one should ever say what they wouldn’t do util they’ve been put in that particular persons shoes.

July 29, 2015
Progressive Christianity and the #BlackLivesMatter Movement
Next Post 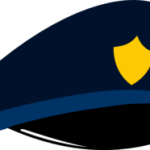 Evangelicals, you have some denouncing to do
Whether you supported the Capitol attack or not, Evangelicals, you are forever...
view all Progressive Christian blogs
What Are Your Thoughts?leave a comment
Copyright 2008-2020, Patheos. All rights reserved.