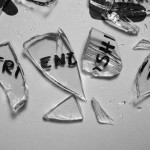 I have an academic friend, Charles, who was recently told by a white childhood friend that he has become angry and that she wondered what happened to the happy boy from childhood. She posted the message publicly on his Facebook page approximately four times. Apparently, the message got lost in Facebook purgatory, so she copied and pasted the same message over and over again, then she placed a sentence at the top of her last post that told him NOT to delete her message again …..on HIS Facebook page. She even instructed this now grown man with children to take a break from everything so that he could get happy again.

The sheer arrogance, racism, presumption, and utter rudeness that was conveyed in her brief and very public post felt violent. If she truly cared about him and his life, why didn’t she approach him privately and offer some type of support if she felt that he was in need? Also, why didn’t she ever consider that his lived experience of being a Black man in America raising black sons and a black daughter might be different from her white existence?

If she even remotely paid attention, she would know that Charles aka Chuck is trained in African American Studies and is firmly aware of the inequality that exists in this country and world. He is firmly aware of the unjust governmental responses to shootings, banks that unfairly and unjustly lend to Blacks, schools that are underfunded in Black neighborhoods, hiring practices that allow a white person with a criminal record to be hired before a Black person with a degree….the list goes on…….

James Baldwin once wrote, “To be a Negro in this country and to be relatively conscious is to be in a rage almost all the time.” That rage that Baldwin references is from being cognizant of the privileges that exist for whiteness and the penalties that exist for blackness. Charles happens to be a conscious Black who recognizes the economic, political, social, and cultural oppression that takes place on systemic and micro levels every single day.

The post led to a fight with my husband because I was so traumatized that I zoned out and completely missed him telling me that he hit a major goal at work. He was hurt that I wasn’t paying attention, and then I snapped because I felt raw. I felt raw because I also grew up in a white school with white classmates who have responded to me in similar ways. Thankfully, none of them have been asinine enough to publicly address me about it, but I have received private messages on the subject, been routinely ignored when I post about blackness, and I have to suffer their racist posts. Watching the experience unfold for Charles made me have to again face the fact that my FB group is filled with a similar mix of white people who think that my posts about racial equality and justice makes me an angry black woman.

If Charles and other Blacks are angry, it is a righteous anger that flows from a realization of the blatant inequities in our society. It’s funny that most of these white “friends” label themselves Christian and are okay with Christ’s anger in the church with the moneylenders, yet they refuse black people the opportunity to get angry when they experience and see unjust behavior.

Here’s an Olympic level example. When Al Roker got angry with his cohost who defended that white swimmer (Ryan Lochte) who lied about being robbed in Rio, his cohost (Billy Bush) told him to calm down. Rush fixed his mouth on national television and said calm down to a grown Black man who has spent a lifetime seeing his fellow Blacks get mistreated and held to a different standard. Roker understood that if Simone (either one), Gabby, Bolt, Gatlin (don’t even like him), or any other prominent Black athlete had destroyed property, filed a false police report, given interviews about the false police report, and then left the country — all manner of HELL would have broken loose and their careers could be over. Yet, Roker was expected to sit next to his lil’ white cohost and let that lil’ white cohost smile and talk about how grown-ass white swimmer (32 – I remember that part) was just a boy having a good time who “embellished some details.”

Roker and every other Black person watching had a right not to be calm. We see our careers that we’ve worked lifetimes for derailed because we only stand at attention during the National Anthem instead of putting a hand over a heart (that’s for the Pledge of Allegiance), but apparently if you’re black you must constantly prove your allegiance to a country that barely acknowledges that your life and the lives of others who look like you matter. While grown white swimmers can destroy property, lie about citizens of another county, file false reports, get their white mamas to lie about the untrue incident, and then happily skip off into the sunset……I’m angry all over again just writing this….

One of the funny things that I realized as I read the horrific post from Chuck’s white “friend” is that Charles is probably one of the least angry people I know. Yes, he gets angry about serious issues, yet most of my encounters with him involve him laughing. Just recently, he called me to give some greatly appreciated career advice – he called on his own time of his own free will just because. I felt honored, thankful, and grateful. I regularly enjoy his Facebook posts about his wife’s shoe addiction (oh so many shoes!), his kids’ accomplishments (as numerous as the shoes), his colleagues’ antics, his students’ cluelessness, and his love of food and drinks. If that doesn’t sound like a happy and fun life, I don’t know what to tell you.

Yet, in the midst of all that joy, he also struggles with the pains of every Black person in America. I saw his post about his boys being stopped and questioned for the umpteenth time on his white college campus where he is a professor simply because they were Black boys walking around. I saw him posting in solidarity with his Black friends who were protesting the shooting of a Black child by police officers in Memphis. I saw him pushing back against a predominantly white administration and college in a predominately Black city that refused to acknowledge the hate that is presented when a monkey is hanging by a noose from a dorm window in the same city where MLK was shot nearly 50 years ago. Anger and happiness coexist in the Black experience. 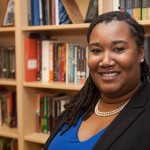 Dr. Jervette R. Ward is an Associate Professor of English at the University of Alaska Anchorage. She is the editor of Real Sister: Stereotypes, Respectability, and Black Women in Reality TV (Rutgers University Press, November 2015). Her research and teaching areas focus on American Literature with an emphasis in African American Women’s Literature. 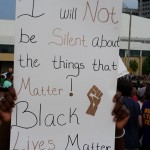 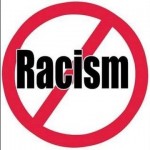