How Theology Helped Me Connect the Dots

How Theology Helped Me Connect the Dots September 26, 2017 Guest Contributor 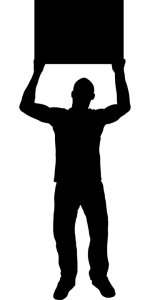 I think it’s been seventeen years since I stood for a national anthem or mumbled a pledge of allegiance. That was around the time I started reading theology and discovered that America was an empire whose “original sin” was but one chapter in a long story of violence toward nonwhite peoples that continues being written, through actual war and through the softer war for the American people’s lived acceptance of The Lie at the heart of the beast.

It was theology which gave my nerdy 18-year-old emo self who had long been uncomfortable with the machismo of patriotic displays some relief in the words of strangers, which taught me to connect the dots between propaganda and public ritual and idolatry.

I say all that not to enter the Grand Ole Flag Debate of 2017 — emotionally and mentally, right now, I can’t even. But just to say: for a long time, I’ve been working out my own demons, and thinking about these particular ones, in books, and in prayer, or rather in some imaginative world between the two. That probably says a lot about why I am still, as a 35-year-old anarcho-socialist type who questions the very concept and certainly the dominant images of “God,” someone who loves to read and write theology and who cares about the integrity and honesty of religious ideas.

If you also “can’t even” with The Flag or with patriots who don’t think black lives matter (and many who do), don’t despair. Be like LaVar and take a look, it’s in a book. 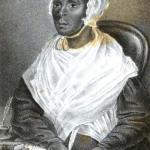 September 25, 2017
No Half Savior: Jarena Lee’s Autobiography as Prophetic Rhetoric
Next Post 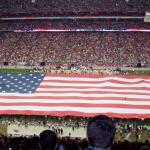