Who Determines a Text’s Meaning— the Author, the Language, or the Reader?

Who Determines a Text’s Meaning— the Author, the Language, or the Reader? October 8, 2019 Richard Murray

I want to use the Bladerunner movies [WARNING: Spoilers ahead] to help explain the concept of Literary Theory. “Literary Theory” is a term which explains the particular way we each choose to interpret narratives, i.e. HOW we ourselves draw meaning from written or visual  language.

Other literary theories say WE serve language as IT chooses. (Structuralism). Slogan: “the LETTER (language) rules!”

However, the literary theory I prefer says that WE ourselves

…ARE God’s living and inspired language,

…BUT that our human language is fractured and flawed,

…AND infected with the confusion of Babel,

…ONCE removed from perfection, a

…NEVER-ending story which slips, shifts, and slides with every use,

The Bladerunner movies offer an illustration of these dynamics. Let’s read these movies as visual narratives functionally “authored” by the famed director Ridley Scott.

In the first Bladerunner movie originally released to the public, the protagonist named Deckard (played by Harrison Ford), was portrayed as a human hunter of off-the-grid android replicants who aren’t following their slave programs. Deckard ultimately falls in love with a female replicant named Rachael whom he was ordered to hunt and terminate. The movie ends with Deckard refusing to follow orders. Deckard and Racheal escape to form a new life together.

However, in the recut director’s version, released several years later, it is revealed that  Deckard is himself an android replicant who has been programmed to think he is human. He only realizes the truth of his android nature at the climax of the narrative. This a massive plot twist which alters the context and resolution of the entire story.

Finally, in the new Bladerunner 2049 sequel just released, both possibilities are hinted at and accommodated, but the sequel itself never reveals which version is correct. In effect, the movie celebrates the ambiguity and leaves it to the reader to finish the story. Is the baby Deckard and Racheal conceive half-human and half-android, and thus a new hybrid life form. Or, has the love of two androids done the impossible by transcending their pre-programmed fate to such a miraculous extent that they can now create life? Either scenario is marvelous. But which is authoritative?

Now again, let’s accept that the movie’s director Ridley Scott is, functionally speaking, the visual “author” of this story since he is the one who films the narrative as he sees fit. My son Abraham normally reads movie narratives/scripts as would a Romantic Humanist, which means the author’s/director’s intent is all that matters. The writer/director alone can tell us the authoritative meaning of the story. Under this view, Ridley Scott’s view is controlling, and Scott, during several interviews, is definitive that Deckard was an android.

And yet, the studio powers-that-be determined that the final edit of the original film should leave out the issue altogether of Deckard’s android ontology. So the original film was a product of “the hive mind” studio, a product that does not support the author’s/director’s intent. And yet there the film stands, as it was first released by a “system” which controls movie language. This displays the interpretive reading style of Structuralism. The studio movie language determines the ultimate narrative regardless of the author’s/director’s intent. And THAT narrative says Deckard was human.

Finally, the Bladerunner sequel just released hints that Deckard might or might not be an android. It welcomes and celebrates the implications of both wondrous possibilities. It leaves the issue open-ended for individual reader response to form its own conclusions. This highlights the organic reading style of Post-structuralism. The text breathes, evolves, and opens up endless quality possibilities to be explored by our imaginations. Count me in! 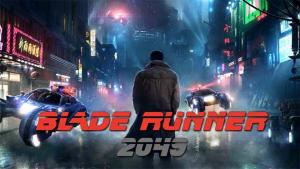