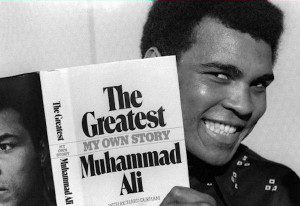 With the recent passing of Muhammad Ali, there is much in the press to celebrate his life and legacy.  And many stories lead with headline, “He was the greatest.”  Indeed, Ali did some great things.  His stand against racial discrimination in the 1960s, as well as the role he played as a goodwill ambassador in the twilight of his life comes to mind.  However, as one who often views a man’s life through the often forgotten lens of the fatherhood, I have a great concern.

You see, in Ali’s younger years, he had seven children from his four marriages, as well as two additional children from other relationships.  Now, the “Ali shuffle” was fast.  But it was not fast enough for Ali to transcend the space-time continuum to be an involved father, who provided for, nurtured, and guided nine children in many different homes.  I am fond of saying that a child has a hole in his or her soul in the shape of their father, and when a father is unable or unwilling to fill that hole, it can leave a wound that is not easily healed.  I know this well because I grew up in father-absent home.  Alas, I am a wounded soul.

So, it did not surprise me when I came across an article a few years ago that included the below troubling commentary and interview with Ali’s son, Muhammad Ali, Jr.

While he was an amazing showman and had the courage of a lion in the ring, when it came to his private life, his morals were those of an alley cat. The way he treated his first three wives and neglected some of his nine children was frankly disgraceful.  His son, who has plainly suffered the consequences of this loose behaviour, theorises that it was inherited from his grandfather, Cassius Marcellus Clay Senior, who was, he says, serially unfaithful to his grandmother, Odessa.

“It was like the song goes, ‘Papa was a rolling stone’…When it came to women, my daddy and grandpa weren’t very nice people — they were whores…”

Ali’s only son goes on to say, “My Daddy would sometimes drop by and hand me a fistful of dollars but I didn’t see much of him after he and my mother split up…I also used to get picked on at school,” he says, removing his glasses to show his broken nose. “Kids wanted to box me because I was Ali’s son…I think he wished later on that he had paid me more attention.  At his 50th birthday (when Ali junior was 19), he took me aside and we had our only heart-to-heart.  He told me he was afraid what might happen to him in the afterlife because of some of the things he’d done. I told him… I still loved him, and his eyes filled with tears.”

You see, when you “float like a butterfly” in and out of your children’s lives, your indifference and neglect stings them like a bee.  Indeed, children are wired from the womb to know that a father’s most valuable and irreplaceable asset is his time.  Indeed, children spell love T-I-M-E.  They need more than a periodic “fist full of cash” and presents. They need a father’s abiding embrace and presence. They need him to connect with them physically, emotionally, and spiritually.  And in the young lives of Ali’s children, it certainly appears that Ali did not respond to the bell for some of them.

That said, I suspect, like many other prodigal fathers, in his later years Ali attempted to find his way “home” to repair the damage that he had done to the children he neglected. This is a good thing. But, a father’s absences, even when he repents and attempts to repair the damage done, leaves visible and invisible scares and holes in the wounded souls of his children, even into adulthood. So, it’s best for a father to treat the fragile young lives God entrusts to him with great care.

Now, I know in the midst of all of the celebration of Ali’s legacy that my comments are probably as welcome as a fly in a party punch bowl.  Assuredly, some may complain that I am disturbing the parade by marching in the wrong direction.  But someone needs to be in the corner for our nation’s children and hold those who we would call “the greatest” to a higher standard. So I am willing to take the body shots, because if we are to celebrate and learn from Ali’s legacy, we must examine all of it through the lens of truth, even if that truth is inconvenient.

Indeed, my desire here is not to shame a dead father but rather, as Father’s Day approaches, to inspire all living fathers to examine their ways before they can no longer get up from death’s “10 count.”  Time is short and tomorrow is promised to no dad.  A legacy is not really what you leave. It is what you live everyday. Wise fathers learn from their mistakes. But the wisest and the greatest fathers learn from the mistakes of others. 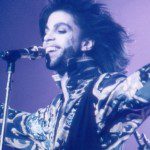 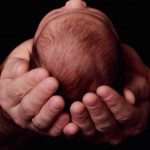 June 16, 2016 NARAL ProChoice America Thinks We Should Celebrate Abortion on Father's Day? Do You?
Recent Comments
0 | Leave a Comment
Browse Our Archives
get the latest from
Roland Warren
Sign up for our newsletter
POPULAR AT PATHEOS Family
1

You May Not Know These 5...
The Not So Excellent Wife
Related posts from Roland Warren

Family
Does Your Child Have a Match or a...
Roland Warren

Family
Why I Am Not Just Pro-life...
Roland Warren 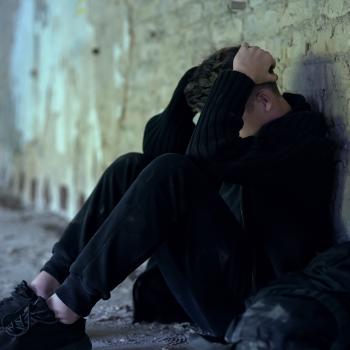 Family
What To Do When Teen Boys Become Fathers...
Roland Warren
TRENDING AT PATHEOS Family