What the Parable of the Good Samaritan Teaches About Setting Boundaries

What the Parable of the Good Samaritan Teaches About Setting Boundaries July 8, 2019 Roland Warren

In Luke 10:25-37, Jesus was challenged with the question, “Who is my neighbor?” As was typical of Jesus, he responded to this question with a parable, which is commonly referred to as the parable of “The Good Samaritan.”

There was a man traveling from Jerusalem to Jericho. He was on a dangerous road and, unfortunately, he was attacked by robbers and left for dead. Well, along came a priest, who, instead of helping this poor man, he chose to cross to the other side of the road. He had places to go and important religious things to do. So, he just could not get involved. Soon, another guy came along, and this time he was a Levite. But, alas, just like the priest and probably for the same reason, he went to the other side of the road too. But, then a Samaritan man came along. He was moved with compassion and helped the injured man. He bandaged his wounds. Put the injured man on his donkey and took him to an inn and took care of him. And, when the Samaritan had to leave, he gave money to the innkeeper to cover the cost of the wounded man’s care and he promised to reimburse the innkeeper for any additional expenses.

Now, it’s pretty easy to see how relevant this parable is to what we are called to do as “life disciples” for those at risk for abortion. Often, these women and men are vulnerable. In a sense, they have physical, emotional, social and spiritual wounds that have left them broken and bruised on the highways of life. So much so, that they believe that aborting their unborn child is their best and only option. But, we are called to be their neighbors, in the name of Jesus Christ, and to bind their wounds with the life support that we are uniquely equipped to provide. However, if we are really honest…this call is a bit scary…and we can understand where the priest and the Levite were coming from. Helping others can be a messy business, especially if we don’t have proper boundaries.

Think about it this way. Let’s say that you are called to help someone. And, let’s say that it’s dark and to get to the person in need, you have to drive up a very steep and winding mountain road that takes your car right to the edge of cliffs. Moreover, the road has no guardrails. Well, if you’re like me, you would be pretty hesitant to go up this road, no matter how great the need. But, now let’s say that the road has guardrails. Now, that’s a different story. Isn’t it? You would be careful. But, you would be confident. Why? Because guardrails are boundaries.

And, this brings to mind an insight that God gave me about the parable of the Good Samaritan. Yes, the story is about caring for others in need but it’s also a story about setting proper boundaries and Jesus was simply challenging the hearers of the parable and us today to set the right boundaries. You see, the priest and the Levite set boundaries that were so far away from the need that they could not meet the need and get involved. But, here’s the thing. The Good Samaritan set boundaries too. For example, he bandaged the wounds that needed to be treated at that time. And, he focused on the man’s needs—not on the wounded man’s wants. That’s a boundary.

Also, when the Samaritan left the wounded man at the inn, he didn’t say give the man whatever he wants. Nope, the Good Samaritan was specific in his instruction to the innkeeper to focus on what was needed to make the broken man whole. Why? Because the Good Samaritan was not trying to create a dependence, which often can give a wounded person a sense of entitlement over time. He was seeking to give the wounded man back his God-ordained independence and dignity. Why? Because this would fill the wounded man with gratitude and then this healed man would be transformed from one who was served to the one who served others. Indeed, that’s what setting good and Godly boundaries will do.

So, as you embrace the call and develop the skills to be a life disciple who makes disciple for life of those considering abortion, I encourage you to remember the example of the Good Samaritan. He was wise as a serpent, as he set boundaries while at the same time, and he was as gentle as a dove as he met the needs of the hurting.

(To learn more about how to be an effective “life disciples” for those at risk for abortion. Please check out Care Net’s Making Life Disciples ministry initiative by clicking here. Bring this ministry to your church or small group today. This is critical if we truly want to end abortion.) 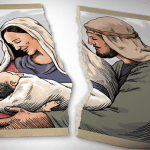 December 22, 2018
Why God Made Sure Christmas Would Include Joseph
Next Post 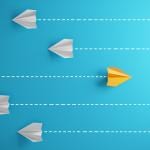