An Introduction: The Vatican II Lutheran

That is a story by itself. My wife was raised Roman Catholic and became Lutheran. Her father was raised Lutheran and became Roman Catholic. The world can be all twisty and curvy like, you know. He died of ALS and in the throes of that good man’s struggle, my wife helped him say the rosary. It had marked his life every morning and every evening in all the time I had known him.

She prayed it for him, since the illness had taken his speech, and moved the decades through his fingers, his lips moving. His wife, my mother-in-law, absent a priest, asked me to do whatever it was Lutherans did for the dying, which is pretty much the same thing. My wife’s father died at the commendation.

She felt a tug home. I said I would go with her. Well, one thing and another, an annulment here and a canonical form marriage there, it was a year before we were received, just in time for Holy Week.

Before seminary, that’s how my life gets divided, I was a newspaper reporter, later a congressman’s press secretary, and a Kansas deputy secretary of state. Echoing Mark Twain, in those years I could not find honest employment.

My sabbaticals from parish life, though, sometimes plunged me back into the inky cohort of journalism. I spent year as editor of a small town newspaper in Marceline, Missouri. That was Walt Disney’s boyhood home, if you don’t know. If you are a Disney tourist, you already know. Cool job, by the way. In 2009 I did a short stint as associate editor of First Things magazine following the death of my friend, mentor, and chief critic, Richard John Neuhaus.

But why The Vatican II Lutheran? Vatican II was less than a decade distant when I entered seminary, and the Lutheran/Catholic dialogues, begun in 1965, were churning out remarkable discussions, all astonishingly irenic on the hot button questions. Lutherans and Catholics, even through their years of separation, always shared the same liturgy in basic outline, the Western Mass. Liturgy inevitably shapes a certain sense of “church” and doctrinal piety, and Lutherans in the 1970’s were arranging their “new” liturgics taking Rome as their cue (unadvertised, of course). In the circles I ran with, Vatican II shaped Lutherans as well as Catholics.

Part of my Lutheran seminary experience was at the Pontifical College Josephinum. I took sacraments and Marian studies. We talk the same theological language, Catholics and Lutherans.

I came to think of myself as a Lutheran catholic. That would be a Lutheran who seriously considered the claims made by Rome. Since Vatican II, since the early Lutheran/Catholic dialogues that discovered such striking similarities in theology and practice, it always struck me as obvious: Lutherans should ask, why not Rome?

Conversely, Rome ought to come clean and say how the Churches of the Augsburg Confession and their clergy might ultimately enter into full communion with the Church of Rome.

January 4, 2019 Shadowed by a Better Hope
Recent Comments
0 | Leave a Comment
"Remember: We are ALL in GOD'S loving hands and nothing (not even dementia) can separate ..."
wsurfs . Memories slip-siding away
"Thank you, Manny."
Russell E Saltzman Jesuits in Space
"May you feel God's presence ever more securely as the years go on."
Ame Memories slip-siding away
"Russ, I just read your article in the Catholic Herald on your SVD. You’re in ..."
Manny Jesuits in Space
Browse Our Archives
get the latest updates from
The Vatican II Lutheran
and the Patheos
Catholic
Channel
POPULAR AT PATHEOS Catholic
1 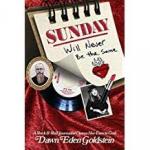