Shadowed by a Better Hope

A Facebook memory showed up this morning. Some days that’s pleasant. Other days, it is an abrasion on the mind.

It was eight years ago today my mother’s hip shattered and dropped her to the floor. She was 87. I had taken notice of it on my FB feed and requested prayer. Facebook remembered.

Thirty days later, on the day she turned 88, she was in a nursing home. I signed required documents acknowledging that physical therapy was suspended. For Medicare purposes the nursing home could not certify that further therapy would be of any help. She died seventy days after her birthday having lived 101 days following a splintered hip and replacement surgery.

Dementia killed her. I knew it would. That is what happens to patients with dementia having undergone hip replacement. Thirty years as a pastor, I had seen it all before. Hips can be replaced but cogitative function swiftly declines.

Patients receiving anesthesia with even mild dementia rarely emerge unscathed. The dementia grows more severe and within three to four months following surgery a full third have died. Within one year mortality touches seventy percent. Women especially are at risk. My mother was one of them.

Her confusion had been creeping up on her for some few years. My father didn’t want to worry me so he never said anything. They were both good at covering. When I insisted they receive delivered meals, she was livid and her language arts showed no impairment when she told me what she thought of it. She ate the meal, though. My father never revealed to anyone the real situation, and he never took her to the doctor.

She went into surgery late that day eight years ago. The orthopedist had four hip replacements ahead of hers. Meanwhile, awaiting her turn, she was doped up in the ER, disoriented, periodically weepy when she wasn’t screeching, asking if we couldn’t go home.

Afterward, we placed her in rehabilitation center. It was five days later the center insisted I make other arrangements. They had no way to cope with dementia patients with their nighttime shrieks. I called several nursing homes. As soon as I said dementia they turned her down. When I visited the one that would take her, it passed my major test. It did not smell like sour urine.

There little else to do. She could not go home, she could not cooperate in any sort of real therapy, and within a few weeks of placement she needed help eating. The patient forgets hunger as the demented brain breaks down further from the lash of anesthesia.

The home had a number of patients like my mother, and it had a separate dining room for them. Nursing aides hovered around, going table to table helping residents negotiate forks and spoons, plastic glasses and plastic plates, urging them to take one more bite until, inevitably, there is no further point to it.

She stopped eating. I was urged to consider a feeding tube. I said no.

The Catholic Church has always taught that suicide and euthanasia are morally wrong. This, along with objections to the exposure of children (the first century’s version of abortion), was one of the early distinguishing characteristics of Christian moral teaching.

But never has the Catholic Church required that all possible medical procedures be employed on a patient. Even withdrawing or withholding certain procedures that might indirectly hasten death as a result are permissible when they are shown to prolong not the life, but the suffering of the person. If Catholics knew this, they would be their own best ethicists.

The same exists as the Church employs those terms medically. Feeding tubes, intravenous hydration, ventilators, all these are things of ordinary care and morally obligatory for patients able to receive them with benefit and without further harm.

Yet it is the case in medicine that ordinary care can become extraordinary. The ordinary may be declined or withdrawn when continued use would conflict with other obligations owed to the patient, or when such treatment itself becomes overly burdensome.

We are not permitted to regard the dying as burdens, for they are not. But equally, we are not to be inexorably driven to exploit every available medical procedure, especially when it becomes oppressive to the patient in instances that promise obviously futile outcomes.

The ethical teaching seems clear, yet rarely is it only abstractly academic. Even less is it a handy check-off list on a note pad. The actual day-to-day is chaotic, an exhausting grind “tumbling in turmoil.”

Four times with loved ones I have confronted these decisions where long days stretch to long weeks, stretching to long months. Cancer, ALS, renal failure, dementia, each accompanied by medical choices and practical care decisions large and small.

Emotional upheavals arrive unbidden and doctors often without readily apparent sense or reason urge just one more thing to beat back death, every extended day in somebody’s view being a “victory” for life over death.

For the Christian, living this life shadowed by the light of a better hope, “just one more day” is a fatuous counterfeit goal. With my mother insensible, feeling like I was making it up as I went along, my only certain prayer: In company with angels and triumphant saints, may Christ come to greet us when we leave this life. 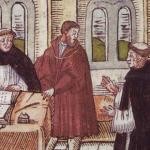 January 1, 2019
An Introduction: The Vatican II Lutheran
Next Post

January 7, 2019 Recounting Democracy in Missouri's 114th Legislative District
Recent Comments
0 | Leave a Comment
"Well, be careful what you ask for. A reading of patristic material will include wading ..."
Daniel Johnson What the Church Fathers Had to ..."
"I've always thought that the Beni Jezret Sisterhood in Dune was inspired by the Jesuits. ..."
Statistics Palin Jesuits in Space
"So what's on the agenda after you've criminalized miscarriages, Chuck?"
Statistics Palin The American Solidarity Party Survey Monkey ..."
"Remember: We are ALL in GOD'S loving hands and nothing (not even dementia) can separate ..."
wsurfs . Memories slip-siding away
Browse Our Archives
Related posts from The Vatican II Lutheran 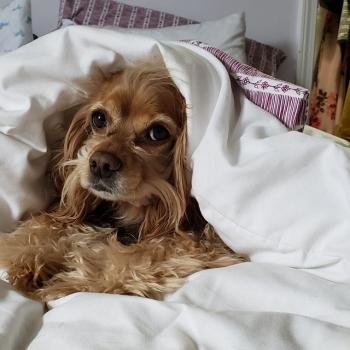 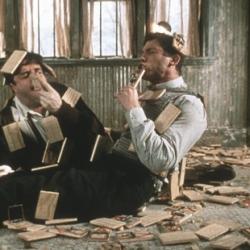 Catholic
The Grace of Humor
The Vatican II Lutheran 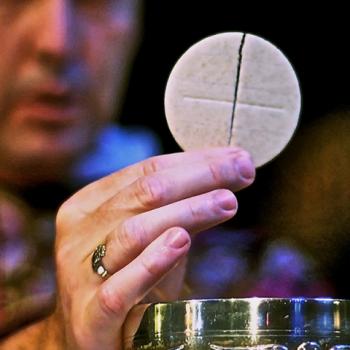