Solidarity in Vulgarity: The Funk in Racist Jokes (A Reprise)

As a sequel to my previous Black History Month re-post, “White History Month,” from earlier this month, here is an essay I published in the X-Position, the journal of  The Malcolm X Institute of Black Studies at Wabash College, last year. Enjoy!

Solidarity in Vulgarity: The Funk in Racist Jokes

“The man of knowledge must be able not only to love his enemies but also to hate his friends.”

Like several of my colleagues, I don’t own a television. On the occasion that I do watch movies, sports, or television programs, I rely on the internet. One of the shows I like to watch is American Pickers, a series about two guys who drive around buying junk. Being a lover of flea markets, thrift stores, and garage sales, I can relate to these guys. I especially like the fact that they cherish very particular kinds of places: run down, dirty, rust-filled, verging on dangerous sorts of places. If a place is too clean, organized, or well kept, they are usually skeptical and unhappy; when the place is a dump, off the beaten path, teeming with dirt and rust, they are hopeful and excited. 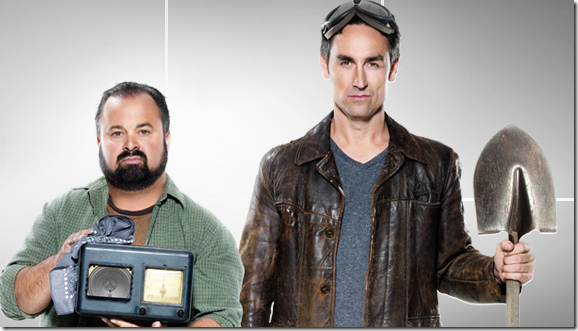 These guys don’t want to spend their time in domesticated or sterilized places. They want to be in the wild, untamed, mess of people’s ordinary lives. Many times, they have to literally get lost to find their way. This attitude about things is what this essay is about.

Watching YouTube videos of the public intellectual, Slavoj Zizek, is another (nerdy) pastime of mine. I don’t always agree with him, but that’s not the point. One of the many reasons I enjoy him is that, from time to time, he puts into speech a sentiment I have felt before, but have struggled to express and understand.

I recently had this experience while watching a clip excerpted from a talk he gave at Princeton entitled, “Why Only an Atheist Can Be a True Christian.” (Here’s the YouTube clip.) During questions and answers, Zizek discusses racism. He responds to the question, “How should we fight racism?,” with this quixotic answer: “with progressive racism.” He argues that there are forms of racist discourse—especially racist jokes—that are not racist at all, but are actually a powerful form of shared solidarity.

I also love to listen to and perform music. But I’m extremely picky about my music. I’m not looking for virtuosos. I’m after a pocket, a thick-ass groove, the perfect feel—I’m looking for music that is rootsy, earthy, that makes me wrinkle my nose, crunch my brow, and rock my head from side to side. I’m looking for real, funky music. The funk. 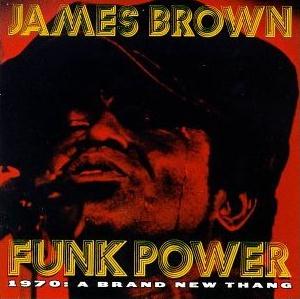 For music to be soulful to me, for it to be an experience that really hits me, it must be anchored in funk. (And funk must be anchored in the blues.) When I play guitar, whether at a church or a club, I’m looking for that part that dwells in the funkiest depths of the song. Sometimes that means not playing at all, just pick-scratching at muted strings, turning my melodic guitar into a percussion instrument. Funky playing requires precision; no one can get in the other guy’s way. It’s all about space. Any band that is funky is in perfect balance, a fragile form of community. To be funky is to dwell with others in a radical moment of solidarity.

What people don’t often realize or pay attention to is this: the funk literally refers to something vulgar. Body odor. Funk is dirty. It is born from the bloody womb of the blues, Negro spirituals, the African “one” beat. It is baptized in suffering and hard work. You can’t play good, funky music just because you play the right notes or follow all the rules. You can’t really teach funkiness. You have to acquire the ability to dwell in the music in a way that has grit, sensuality, sexuality, and even vulgarity.

The funk isn’t just about the bandstand; it’s also about how the music affects the listener. The funk is physical, somatic music: it makes you dance, sweat, it makes you shout, it makes you feel—and more. The funk makes you swear beautifully. When you hear something funky you know it, you (like Erykah Badu) might ask the person next to you, “damn, you feel that?” If they do, then, it’s a useless, rhetorical question.

There is something about funk that is absolutely authentic. As a genre, funk is born from jazz and gives birth to hip-hop. (Hip-hop drum samples are usually taken from funk bands, especially the work of Clyde Stubblefield, the original “funky drummer” for James Brown.) It is the crucial link between these two improvisational art forms. This is why I make a sharp distinction between hip-hop and rap—and especially gansta rap. Hip-hop is ALWAYS funky. There is something beautifully real about funky music, funky people, and the funk as more than just music. 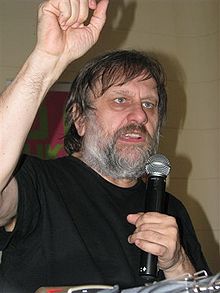 I doubt that Zizek knows much about the musical genre of funk, but he is absolutely funky. His lecturing style is endearingly sloppy: he is usually sweating and/or unbathed, his hair is greasy and unkept, his English accent is spotted with saliva and he is constantly wiping/picking at his nose. But he is more than just funky in this literal way. Zizek understands the danger of trying to combat social injustice through sterilization or domestication. He challenges us to be more honest. To be funky.

We all know that there are real, intimate spaces in our lives where racial jokes and vulgar language are not only acceptable, they are serious signs of real trust and genuine affection. My true friends, many of them on this campus, are not verified by their outward kindness or politeness to me, but, instead, by their earned freedom to insult me; to tell racist, vulgar jokes and speak in racist, vulgar ways when we spend time together.

There are trendy, pious forms of white guilt where fear of funky relationships is so strong that people try to organize, clean up, and deodorize these authentic ways of living, speaking, and being together. But make no mistake: you can’t kill the funk. It is stronger than the soap of white guilt—itself a deodorized form of white supremacy—that is so often carried by so-called white people and, even more ironically, by gentrified people of color. 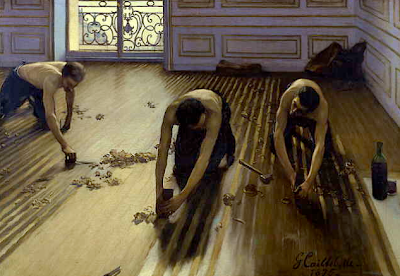 There is a powerful, funky form of solidarity in vulgarities exchanged between true friends.

The funk is not an excuse to be dirty for no good reason or to skip a shower, but it is a real example of the inescapable fact that we all sweat, lust, swear, and more. We all love and hate. We are alive. In the same spirit, this absolutely does not mean we should just tell racist jokes willy-nilly or accept racist remarks easily, but it does mean that we shouldn’t assume that a racist joke is always racist. It may actually be a deep form of affection and solidarity.

These obscene forms of social life are harder to pursue and attain than the facile attempts at creating comfortable, civil forms of solidarity. The funk is tremendously difficult, both in music and in friendship.

I’d rather have a real, rude, funky-ass friend—a friend like Ralph Elison’s man of flesh and bone, fiber and liquids—than a deodorized, thoroughly gentrified so-called “friend.” The former is a friend I might die for.

So, Wabash: Shall we be vulgar friends—or polite enemies? 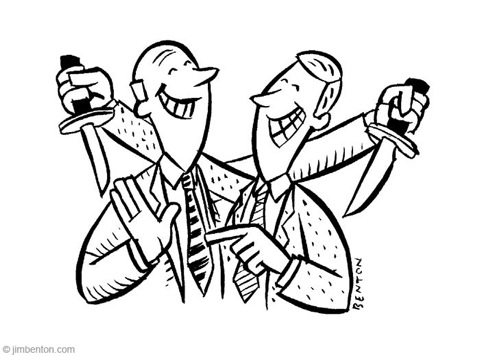 February 24, 2013 Benedicto XVI sube, y nos invita a subir, el monte de oración.
Recent Comments
0 | Leave a Comment
"As another Professor and Doctor of Philosophy wrote, albeit somewhat hyperbolically, in First Things a ..."
F.A.Kname By Their Fruits: A Reply to ..."
""...ready to save it by penning a bestseller." Bwahaha!"
Diane Kamer By Their Fruits: A Reply to ..."
"I didn't read Rod's book, but the so called Benedict Option, whether the one he ..."
Augustine Notes In Defense of Rod Dreher
"You're more gracious to Rod than he deserves in this case. What a snit fit. ..."
Justin Conder Notes In Defense of Rod Dreher
Browse Our Archives
Follow Us!

Closing Houses of Worship During a...
A Little Bit of Nothing
Related posts from Sam Rocha