The Media Treats Trump Better Than Clinton or Bush

Patheos Explore the world's faith through different perspectives on religion and spirituality! Patheos has the views of the prevalent religions and spiritualities of the world.
As I’ve said countless times, my media intake began with 90s era Rush Limbaugh and to this day includes a real dose of right-wing stuff. In many ways, hyper-conservative media, from The EIB Network to Focus on the Family, created my basic worldview and, in my case, I don’t see myself as having moved very far from its key feature: critique. Every single day from the intro segment to the skit to the commentary, I mostly listened to reasons to not only impeach Clinton, but to damn him to hell as well. I heard about “enviormental wackos;” I heard about all sorts of liberals who wanted to destroy America. I got used to news and media being essentially critical, and on a daily basis. I went there *for* critique and negativity. I went to books and music and church for something else.

All of a sudden I am hearing conservatives saying the media is unhinged like never before. This is odd. If these real conservatives have been tuned into Limbaugh, and all his imitators since then, plus Drudge, Brietbart, and more, then I am not sure where they got the impression that “media” was not supposed to be unhinged. Of course, anyone on the far Left knows this, too, in the overall negativity, largely at the same rate. Only the limousine liberal media has perhaps found its critical edge in a new way. But this is also suspicious.

Recall Clinton and Bush, especially during the 12 years of Clinton’s impeachment term through Bush’s two terms: I think it is fair to say that neither Clinton nor Bush, for all their spectacular blunders and lies, gave the media so much to criticize. Media often had to replay jokes and scandals and play them out over a series of months. Trump, by comparison, offers the media fresh red meat on an almost daily basis. If we think about this proportionally, it seems plausible to suggest that the media is far LESS negative to Trump than they were to Clinton and Bush. Why? Because they were extremely harsh with far less material, and they don’t dwell on their reports as long, whereas in Trump’s case one thing negates the other. When I saw Trump make reference to his penis size in the GOP primary, I said to myself, “it’s over, he will be grilled to political death for this, you can’t get away with this.” I was wrong. He seems to get away with things that eliminate others by simply giving the media a new thing to shoot at, whereas Clinton and Bush often got buried below a two-month-old mishap.

Now, mind you, this impression I’ve gotten has never been from a steady diet of HuffPo and Mother Jones. I ignore those outlets to the same extent I do Breitbart and its ilk. I aggregate the rest and trust no one to give it to me straight. But, this notion that today’s media is giving Trump a raw deal seems to miss two key points:

(1) giving the political establishment a raw deal is largely the domain of any media source that is counter-cultural and in present asymmetry to those in power (to Limbaugh’s credit, even he turned against Bush when Bush didn’t toe the line he wanted, as did the Left to Obama), and

(2) Trump is getting a better deal in bulk than previous presidents in constant public ridicule like Clinton and Bush when you control the sheer volume of his indiscretions to theirs. 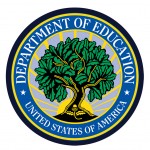 April 2, 2017 The Benedict Option: A Critical Review
Recent Comments
0 | Leave a Comment
"As another Professor and Doctor of Philosophy wrote, albeit somewhat hyperbolically, in First Things a ..."
F.A.Kname By Their Fruits: A Reply to ..."
""...ready to save it by penning a bestseller." Bwahaha!"
Diane Kamer By Their Fruits: A Reply to ..."
"You're more gracious to Rod than he deserves in this case. What a snit fit. ..."
Justin Conder Notes In Defense of Rod Dreher
"Thank you for this exposition. I have read articles by him in which he explains ..."
George Plasterer The Benedict Option: A Critical Review
Browse Our Archives
Related posts from Sam Rocha

Catholic
ON PROTEST (AND THOSE WHO PROTEST AGAINST THEM)
Sam Rocha 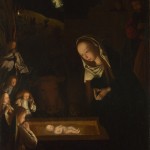