On the Castile Verdict and Violence Against Muslims

On the Castile Verdict and Violence Against Muslims June 19, 2017 Sam Rocha 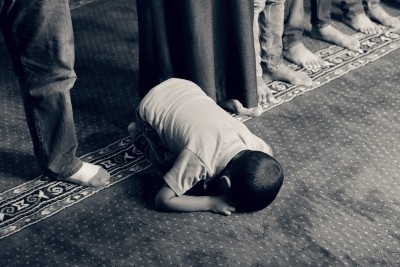 I’ve tried to keep these notes to a minimum and even have tried to share and post less things related to the barrage of politics that one must (I think) keep up with these days. But I need to note two things:

The failure to convict the officer who shot Philando Castile is being roundly condemned by activists and also by several conservative outlets and thinkers, but on the whole, I don’t think the scale of that scandal is well appreciated. The Black Lives Matter movement is one thing (a thing I do not care to generalize about), but the sentiment behind the claim that “Black Lives Matter” is essentially the same as the “Black is Beautiful” movement before it and all movements in the struggle of the people living in the legacy of the US institution of slavery and Jim Crow. Decisions like this one are why these sad and tragic refrains continue to be sung in the present tense. My heart aches and breaks for the Black community in the US, especially those who I know and love.

This outrage extends to the two recent tragedies in Virginia and the UK, where Muslims have been targeted and brutally killed. In the British case an imam protected the perpetrator. In the Virginia case the young women was only 17 years old. We see the same sentiment in the stabbing on the Portland metro train. I will soon head to UBC, where today I will meet with a Muslim student to discuss liberation theology across Islam and Christianity. A number of my students and colleagues at UBC are Muslim and, much like my nausea and outrage over the Philando Castile case, I more and more find myself preoccupied about their daily safety.

Have you ever had just reason to fear for someone’s safety? I am sure many of you have. Often this is because of things external to the person in danger. In these cases, however, the danger is the person’s own body and being. Their skin and fabric endangers them even if only because they are not entirely sure when they are in danger or not. I’ve experienced a very small bit of this, but the little I have makes me realize it is not to be dismissed out of hand.

Now you may ask, “Why don’t you worry about the danger of those killed by Islamic extremists or by Black on Black violence as well?” These are the two knee-jerk replies one gets on this all the time. My response to that is twofold:

(1) Those who ask these questions do so in the abstract. Sure, the deaths are real and concrete, but they are distant and plastic and political in their distribution. Those who know the communities of people in real danger realize that there is nothing preventing the same outrage over organized terrorism whether it be from local or international gangs. But the difference is clear. Gangs don’t determine the status quo, not unless we allow them to. Muslims from around the world have decried terrorism in the name of Islam and continue to. More Muslims are killed by ISIS than any other group. Black urban communities work constantly to fight the elements of violence in its youth culture, along with poverty and many others harms, they surely realize that the generational challenges they face are not simplistically built on one-dimensional interactions. Yet, people want to talk of Islam as a religion that does not suffer from Islamic violence and of Black culture as an unreflective mass of hypocrisy. Or they they wonder why these groups cannot stop “their own” even as they cannot do anything to keep their group (whatever it is) from shaming them. If even our own children can bring shame to a family name, how much more an entire religion? Catholics who act smug about the sins of certain Muslims might too easily forget our own recent and historical scandals. But this is all a fantasy. No one who knows these communities can say that they are so basic — not Islam, not Catholicism, not the Black community, not Mexicans, not folks who call themselves “white.” Sure, other things can be said, but not that. Which brings me to my second reply:

(2) The “Why don’t you worry about this other thing instead?” question is an open admission of moral sickness. This sort of reply is a refusal to look directly at what is front of you. These questions shield your eyes from facing the *face* of a person. These questions are really just squirms, trying to release the gaze of the eye you do not want to see or be seen by. You are sick and in need of a healing only your own heart can supply.

Our president has shown this to be true in the way he responds to violence, which is selective and only self affirming. Unlike Senator Sanders, who admitted and condemned his supporter’s violence within hours of the deed, Trump took days to decry Portland, and has not at this writing said anything about Virginia or the UK. He only reacts swiftly to the narrative that suits him. Fine. I suppose all politicians do that. And, despite what many claim, Trump is a politician now, by definition. But we need not measure ourselves by him or by the political limits of things. Sure, we will miss a part of the catastrophe, or even make a part of it worse in certain ways, but the risk to look directly at the reality we find in the Black Lives Matter slogan and the present state of Islam is not something we can or should avoid. I have been blessed to live with these communities in the course of my life. At a different time my provincialism was embarrassingly limited and even inhumane. I remain too short of love, but I do know that the human touch is a powerful and saving salve for those who’s wounds are festering in public right now. If you can, reach out to a person, a real person of flesh and bones, fibres and liquids, and ask them not a gotcha question, but instead share a meal or a drink or a cigarette or something more convivial than the news cycle. I am willing to stake my life on the fact that although many anecdotal experiences can speak against this formula in its particular moments YOU will be changed and challenged. You may realize that no one is more critical of Islam than Muslims, no one more devastated by clergy abuse than Catholic priests, no one more bombastic and outspoken against the Black community than Black intellectuals, activists, and leaders. The difference, of course, between the internal, real critiques and the external knee-jerk responses is that the former are staked on the bare facts of one’s own life and limb and the latter are human shields trying to protect something that both sides and every side has in common.

If you read all the way to here, then, most of all, reach out to those most vulnerable today, in light of recent events that are of course not so recent. When you do, you may realize that they are not so fragile as you thought! In the face of weakness there is strength, as the imam who saved his assailant’s life showed, as the defenders of the women on the metro showed, as the Coptic Church in Egypt that refuses to hate those who would wipe them out show. The real mystery of life and love is in their feeble hands right now; they lift us up.

May 3, 2017
BOOK RELEASE: Tell Them Something Beautiful by Sam Rocha
Next Post 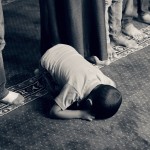 June 19, 2017
Recent Comments
0 | Leave a Comment
Browse Our Archives
get the latest from
Catholic
Sign up for our newsletter
POPULAR AT PATHEOS Catholic
1 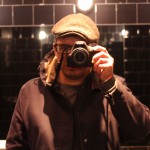