These are words that Douglas Wilson (supported by Jared Wilson) uses to describe the “role” a man plays in sexual relationships with women. Women, on the other hand, should “receive, surrender, accept.” According to the Wilsons (as mentioned here), these are the ingredients of a loving relationship. Says Douglas,

What I was talking about occurs within the bounds of a man and a woman who love and respect one another, mirroring the relationship of Christ and the Church. Anyone who believes that my writing disrespects women either has not read enough of my writing on the subject to say anything whatever about it or, if they still have that view after reading enough pages, they really need to retake their ESL class.

Dianna Anderson has already asserted that, despite D. Wilson’s slightly racist assertion that anyone who takes his words negatively needs to “retake their ESL class,” words mean things, and writers have to be responsible with and for the words they choose. Let’s talk about what these words could mean, exactly.

For today’s post, I’m going to talk about penetration. Tomorrow, I’ll come up with a post about the other three words because I have a lot more to say about those.

Many people have felt the need to inform me already that the penis enters the vagina during male/female vaginal intercourse. First of all, people, I know how it works. I don’t think babies come from storks. Secondly, penetration is not what makes sex, sex. In fact, you can have sex without penetration. I’m just saying.

Does that make you feel uncomfortable, men? Now can you see a problem with the use of words to describe intercourse that make your penis seem like Jason Voorhees’ machete?

Seriously, though. Can we come up with a happier, more enjoyable set of words to describe penis/vagina intercourse? Like, “the vagina gives the penis a hug!” Yeah, I like that.

I won’t give Jared or Doug too much crap for this one, because “penetration” is such a commonly used word to describe sex. But I think all of us need to rethink it. Not only is it violent sounding, but it neglects women’s sexual agency in the situation. And when the Wilsons use this word in combination with other words like “colonize” and “conquer,” it shows that the language we use is not merely an accident. We are used to this violent, male-centered language because we live in a world where women are controlled by sexual violence and where women’s sexual agency is actively repressed.

In other words, words–even the ones that we use so often we don’t even think about them–mean things. 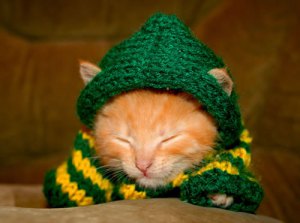 New Visions
Rape: A Punishment for Egalitarians?
Sarah Over the Moon
TRENDING AT PATHEOS New Visions