I recently took a trip to the Creation Museum. That’s right. If you haven’t heard, there’s an entire museum in Kentucky dedicated to teaching people that evolution is wrong, and the earth (and all of the life on it) was created by God in six literal days, less than 10,000 years ago. If you want to know what kind of messages the museum is pushing, check out my recent post, 16 Things That Happened When I Went To The Creation Museum.

I have to admit that sometimes I wonder whether or not it’s worth my time to talk about how ridiculous the Creation Museum is. I mean, it is ridiculous. But it’s sort of harmless, right? In fifty years, it will be a fringe belief that people look back on an laugh, won’t it?

There are plenty of reasons why it isn’t true that the Creation Museum’s version of “science” isn’t completely harmless, though.

One being, of course, that the folks behind it are also trying to deny children the right to an accurate scientific education. They are trying to get their messages into public schools with the help of tax breaks, despite the separation of church and state. I’ll let folks like Sarah Jones of Americans United– who know more about these issues than I do–speak to that. I’d like to talk about some of the other agendas behind the Creation Museum, and behind much of the Creationist movement in general. You see, the Creation Museum isn’t just about creationism. It’s not just about teaching people that the earth is only a few thousand years old and that dinosaurs didn’t have feathers.

The Creation Museum’s more subtle agenda is about controlling the bodies of women and LGBTQ people.

You could have probably guessed that the same groups of people trying to halt the marriage equality movement and trying to create harmful restrictions on reproductive health are the same ones taking their youth groups to the Creation Museum. But it’s easy to laugh at the museum’s silly pseudoscience and forget about the sexist and bigoted ideology that lies behind it. It all starts with Adam and Eve…. 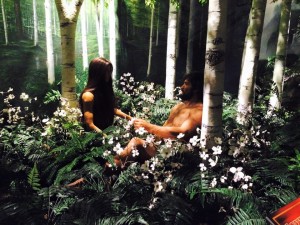 Creationists are invested in the story of Adam and Eve because it justifies their views of LGBTQ people and their ideas about the roles of women.*

Just look at what the folks at the Creation Museum have to say about this: 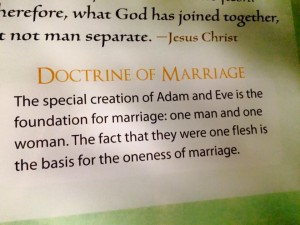 Though it’s not the most solid of logical conclusions (we are talking about the Creation Museum here), creationists hold to the idea that if Adam and Eve literally existed and were literally the first humans, all of humanity must follow their example.

The anti-marriage equality rallying cry of “one man and one woman” roots itself in this story.

It’s “Adam and Eve! Not Adam and Steve!” Further… 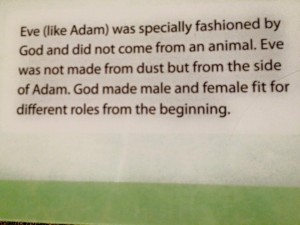 The story of Adam and Eve is used to emphasize traditional gender roles.

Men were created first, according to creationists, and therefore are the leaders of the family. They have the first say when it comes to important decisions, not just in the family, but in the church and even in the political sphere.

Women, on the other hand, were not even created as a separate being. They were taken from Adam’s rib. Therefore, in much creationist ideology, women have no real autonomy outside of men. Their ultimate worth lies in what they can contribute to a man’s family (sex, housework, reproduction and childcare, etc.). Some of these folks would even go so far as to say that men are spiritual leaders of their homes, and that women gain access to God through their husbands.

We aren’t granted the autonomy to make our own decisions about our bodies, our roles, or in some cases our relationship with God. Therefore… 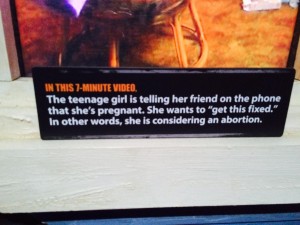 A teenage girl having the knowledge and ability to make her own reproductive choices is given as an example of a sinful, fallen world.

Since women’s bodies are not their own, but were originally created from the body of a man, people that society often assumes to be women (sometimes incorrectly, as in the case of transgender men, intersex people, and agender or genderqueer folks) don’t get a say over what happens with their bodies.

You’ve probably noticed that the conservative rhetoric surrounding reproductive issues–from short-term birth control and abortion, to sterilization and even gender reassignment therapies–centers around the opinions of cisgender men. Adam was created first, so who cares if Eve needs an abortion? 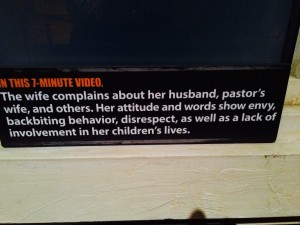 …at least opinions that put down male-centered institutions such as the traditional family or the church.

The Creation Museum takes a strange turn from teaching kids that dragons were real, and starts teaching women and girls their place as submissive wives. They mustn’t complain about their husbands or their churches. They mustn’t let anything distract them from their mothering roles. 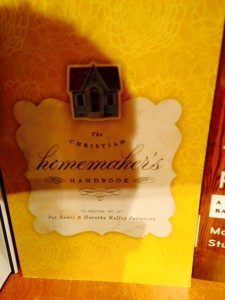 And Feminine Appeal: Seven Virtues of a Godly Wife and Mother…. 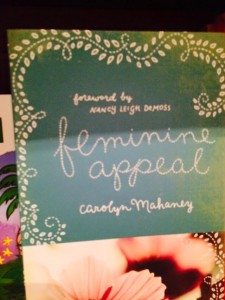 The latter books contains some fun quotes (that unfortunately have nothing at all to do with dinosaurs and dragons) such as:

*I don’t think the story of Adam and Eve has to justify bigoted beliefs. I am thankful for the work queer and feminist theologians have done to reclaim this story.

**All images are photographs taken by me or Abraham Kobylanski during our 2014 trip to the Creation Museum in Kentucky. The exhibits all belong to the museum, and I have only posted images from sections of the museum that allowed photography. 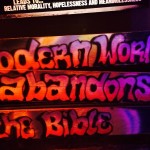 February 8, 2015
16 Things That Happened When I Went to The Creation Museum
Next Post

February 25, 2015 "Damaged Goods" Has Something For Everyone
Recent Comments
0 | Leave a Comment
Browse Our Archives
Related posts from Sarah Over the Moon