Reconciling God and Evolution, Part 1: The World Between The Covers Of A Book

Reconciling God and Evolution, Part 1: The World Between The Covers Of A Book March 16, 2015 Sarah Moon

More and more millennials are accepting evolution as true, and society’s attitude toward evolution is, well, evolving. Even many evangelical Christians are embracing the reality of evolution, and joining the ranks of Christians who have found a way to reconcile science and their faith.

But there is still pushback, and not only from within evangelical Christianity. One example is a recent article by Greta Christina (who is an atheist) entitled, “Why You Can’t Reconcile God and Evolution.”

I want to be fair to Christina here–I believe the title of her piece is misleading (I’m not even sure if she chose the title–often editors do that). It seems to make the argument that theism and evolution are incompatible, while the thesis of her actually article states, “The ‘God made evolution happen’ position is rife with both internal contradictions and denial of the evidence.”

What Christina seems to be actually arguing against the idea that evolution is directed by God–a tool God uses to create the world and work Their will in it. With this in mind, I think Christina brings up some good points that are worth thinking about and talking about.

However, there are ways to reconcile God with evolution that don’t so much need to engage with Christina’s points, because they aren’t ways that actually take a “God made evolution happen” position. I asked my pastor, Julian Davies, of the University Church in Toledo, Ohio if I could interview him about his position.

Over the next few weeks, I’m going to be sharing my interview with Julian. This is just one way of reconciling God and evolution, and one that I think avoids the logical pitfalls Greta Christina points out.

I’m pretty universalist, so I don’t believe anyone has to believe this way, or is wrong for believing another way. I don’t publish this interview in order to “prove” that God exists, or in order to argue that everyone must believe ___ . I share Julian’s position because I think it’s an interesting example of just one way a person can reconcile their faith with scientific evidence for evolution.

To learn more about Julian Davies and the University Church, check out our church’s website! If you find this interview interesting, and you live in the Toledo area, stop by some time for Sunday services, or for Thursday night theology group where they talk about this stuff all the time! 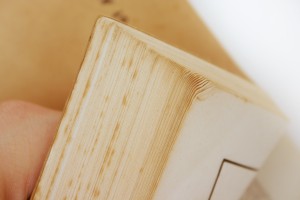 WHY IS THERE SOMETHING AND NOT NOTHING?

Sarah: The reason I wanted to do this interview is when I was reading blogs, a lot of websites—Atheist websites and Christian websites—are going back and forth on this issue of “can you believe in God and evolution at the same time?” And a lot of these websites are saying no—on both sides, Christians and atheists. But then, obviously, there are people who believe in both, like, I believe you do right?

Julian: Uh huh! Sure. I think I have some sympathy for folks who will look at the various truth claims of classical theism and lay them down on top of modern day, post-enlightenment metaphysics and discover that there is something wrong. I have a lot of sympathy for that, and the reason I have a lot of sympathy is because they are correct that there is something wrong.

However, one can immediately see that there are two possible places that there could be something wrong. One is in the claims of classical theism, and the other is in modern day metaphysics. The question is which one is causing the problem?

So, to talk about evolution and creation is the way the conversation is usually framed. And I think part of the problem, right away, is a misunderstanding by both groups of people what it is that a classical theist would mean when they speak of creation.

Creation, to a classical theist, really has nothing to do with some point in time—way back when—when the universe popped into existence. The subject is not really about that at all! It is instead the much more interesting question of “why is there something and not nothing?”

Right now, at this exact moment that you and I are sitting here, why is there all of this, and not nothing? That’s what people are talking about in classical theism when they talk about creation.

THE WORLD BETWEEN THE COVERS OF A BOOK

J: So there are two ways to talk about this. One is I could cycle through some ideas about classical theism and metaphysics, which maybe we’ll do in a minute. But perhaps the more interesting way that I usually talk about this is by analogy.

Of course, whenever we talk about God we’re talking about analogy. And all analogies have limitations, especially analogies about God. You can usually poke your finger right through them in about ten seconds. So, I’m aware of that. But sometimes it’s helpful for people who haven’t really thought about metaphysics or ontology or epistemology to think analogically for a minute.

So the example I would use if we want to understand what creation is and what role evolution might play in creation, is I usually use the example to talk about the author of a book.

My example would involve you walking down the road—you may have heard this before—carrying in your hand a book. Let’s say it’s A Tale Of Two Cities by Charles Dickens. And you’re walking along and you bump into a friend.

And you start chatting and your friend says, “What’s that?” and you say, “Oh, it’s this fabulous book that I’m reading. You’re gonna love this. The author creates between the covers of this book, this incredible world with fascinating characters in it. There’s war and peace, and love and hatred.  There are heroic characters and real scuzzy characters, and it’s just fascinating. You get absolutely lost inside the world between the covers of this book. You’d like it. You might want to borrow it and read it. The world here was created by one of my favorite writers, Charles Dickens.”

So you hand your friend the book. They disappear and you see them again a few weeks later. They say, “I read that book, and you’re right. The world inside the book is just a fascinating place. I love it. There’s so many great lines in this book. ‘It was the best of times, it was the worst of times.’  Lines like, ’Tis a far, far better thing I do than I have ever done.’ Those sorts of things. I’ll remember the world inside this book forever. It’s really just masterful. I love the characters. They’re fascinating. But I have to take exception with one thing you said.”

You give him a slightly funny look, and so you say, “Well, where do you think it came from?”

And they say to you, “Ah! I’ve given a lot of thought to that and through all of my careful analysis and scientific studies, I have concluded that originally, in the beginning, it came from this.”

And the person reaches into the bag and they show you a quill pen and a bottle of black ink. And they say, “This is how it was created. And further more, I can show you that the world inside this book was actually propagated using one of these.”

And they show you a picture of a printing press. Then they say, “In fact, I’ve developed a theory on this, that there are many worlds out there, all within the covers of lots and lots of different books.”

“That was where it happened. That was the creative act. The creative act is not to do with ink and pen and printing press. Interesting though that all is, it’s not what I’m talking about. In fact,” you say to your friend, “Charles Dickens created that world in his head, and that creation would have occurred whether or not he actually wrote it down.”

“And there is no way that you can determine the existence of Charles Dickens from the world inside this book, unless Charles Dickens chose to reveal himself in the book, which he could do in several ways.”

“He could put in some obscure signs and symbols that seem to point beyond the book so that while you’re reading it you could say, ‘Wait a minute! That doesn’t seem to belong in this book. How could it have gotten inside the book?'” …

“Or maybe, Charles Dickens could have written into the book a character that so resembled himself that when you read about the character, you actually got to know Charles Dickens.”

“That would be up to Dickens. Dickens doesn’t have to write that character. He doesn’t have to give you signs and symbols. There is no reason to believe that you can study what’s inside the covers of the book and learn anything about the possible existence of Charles Dickens.”

This is also true about the universe and God. 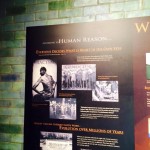 March 17, 2015 Is the Bible the Word of God? Or is Jesus? Or....
Recent Comments
0 | Leave a Comment
"This, this right here. 👍👍👍"
Lir (TNI Collective) 12 Reasons Why You Can Totally ..."
"I agree with you totally..I walked away from main stream Christianity and my calling due ..."
Bill Luginbill Telling My Own Story: A Perspective ..."
"Right there with you. The 'stop crying or I'll give you something to cry about ..."
Stacey Swanson Privilege, oppression, and being “nice”
"Sarah Moon writes as if she believes that complementarians have pulled this view out of ..."
Eli Taft Complementarians are trying to scam us.
Browse Our Archives
get the latest from
New Visions
Sign up for our newsletter
POPULAR AT PATHEOS New Visions
1

Premonitions: Messages from God or Something Stranger?
Have you ever had a premonition? It’s the feeling that something good...
view all New Visions blogs
What Are Your Thoughts?leave a comment
Copyright 2008-2021, Patheos. All rights reserved.