Every Part Of The Trinity Is “She Who Is:” Resisting Roger Olson’s Boxes For God

Roger Olson, a fellow Patheos blogger, recently published a blog post in which he laid out which pronouns and gendered names for God are “appropriate” for Christians to use.

It seems silly to talk about what is “appropriate” and “inappropriate” when discussing the Being that affirmed Job’s nearly-blasphemous rants, David’s scandalous dancing, and the existential questioning of Qoheleth.

Ours isn’t a God that fits into neat little boxes.

And yet, Olson tries his damnedest to make God fit.

I suppose Olson at least divides God between three boxes in “Is God Also Our Mother?,” which is better than many male theologians manage. Perhaps those boxes can contain a few of God’s fingers rather than just one of God’s little toes.

In this post, Olson explores the idea of God as Mother, and comes to the conclusion (through some pretty shady reasoning) that only one person of the Trinity can be properly called Mother.

Olson saves us from the burden of having to discover creative, poetic imagery for God in enthusiastic doxology or desperate laments (darn those Psalmists!) by laying out what members of the Trinity can be talked about with what gendered language:

1. God The Father: The “first person” of the trinity is traditionally referred to as “God the Father,” and according to Olson, it has to stay that way.

Olson starts by making the same tired arguments that complementarians love to make: that Christianity need not hold itself accountable for the patriarchal acts done in the name of “God The Father,” because God is not a human father, but a perfect father.

Personally, I’m not completely against calling God “Father” at times, as a way of challenging earthly authority: if Jesus is LORD, Caesar is not, and if God is Father, your asshole dad is not.

With this in mind, I won’t fault Olson for being reluctant to abandon Father language (though I don’t care for the flippant way he dismisses feminist concerns as if we just don’t understand Father language–we know what you mean, but intentions only go so far, and Father language for God can lead to justifications of patriarchy, regardless of intentions).

So we’re keeping Father language for first person of the trinity. Okay.

But how about using both Mother and Father, and perhaps even Parent as well?

It seems a reasonable compromise, but Olson is not convinced.

Though the Bible is fine with addressing God as “Our Rock” and “Our Strong Tower,” addressing the first person of the Trinity as “Mother” is apparently taking it too far. Inanimate objects are appropriate. Feminine names? Not so much.

Olson lets us know that we can talk about the first person of the Trinity as a Father who is “like” a Mother, but we cannot actually call Them Mother.

Olson’s reasoning is as follows:

Saying “Father-Mother” doesn’t work because, “No person is both father and mother. A person can function in place of father or mother (or both), but no one person is really both.”

First of all, Olson relies on a cissexist gender binary that does not allow for gender fluidity. He also makes the near heretical mistake of assuming that God has the same limitations as the average human.

Even assuming that no one “person,” can be both Mother and Father (an assumption that I, as a queer person, reject), is God a mere mortal? Are not God’s ways higher than our ways?

Why would Olson make such a claim about God the Mother, and not God the Father? Mother or Father, we are not literally created from God’s eggs or God’s sperm. Why should one name for God “tempt” us to pantheism more than the other?*

I can only assume that Olson has reduced the role of mothering to the process of birthing, whereas God the Father is given many roles in the lives of His children. The roles that Olson suggests belong solely to “God The Father” include the stereotypically roles of “providing” and “ruling over us.”

This box of Olson’s is old-fashioned patriarchy with the words “Progressive” scribbled on the front.

2. God The Son: Olson doesn’t say much about the second person of the Trinity, often referred to as Jesus, or “God the Son.” He skips over that one, perhaps assuming that it’s obvious we should refer to this part of God using exclusively male language.

I have no problem with talking about Jesus as a “he,” since that seemed to be the historical Jesus’s preferred identity (though the idea that Jesus’s “biological” sex fit easily in our male/female binary system has been challenged by queer theologians–a thought for another day).

Yet Christ’s body is not exclusively male.

Christ’s body is the church, which contains people of all genders and sexes.

Christ is, in fact, especially present in “the least of these:” those who have been oppressed and marginalized by society. Women and people whose genders are considered “queer” are especially marginalized in nearly every area of society, therefore it would not be wrong to address Christ using any pronoun from “Her” to “Hir.”

Christ is also the “Word of God made flesh,” which is expressed in Scripture as Jesus–the Logos of God–but also as the feminine wisdom figure Sophia.

Olson is wrong to skip over the second person of the Trinity as if the question of “appropriate gendered imagery” for Christ is not even on the table.

Gee, thanks Roger Olson, for letting us women have the person of the Trinity that much of evangelicalism tends to completely ignore.

Not only is The Spirit the most easily ignored person of the Trinity, She is also the most disembodied.

While God “the Father” and God “the Son” are frequently depicted as bearded men, when’s the last time you saw a picture of the Spirit depicted as an embodied woman?

They exist, certainly, but most images depict the Spirit as either a dove or a small flame.

On one hand, perhaps Olson’s suggestion that the Spirit be a Mother to us can be an improvement, allowing us to revisit the Spirit of God and see her in fresh new ways. On the other, it feels like Olson is throwing feminist theologians a few leftover scraps to shut us up.

I do not wish to continue the trend of devaluing the Spirit.

But I am also not satisfied with only being “allowed” to call the Spirit–the part of God that no one ever even talks about–my Mother.

I am especially dissatisfied when I consider Olson’s reasoning for calling the Spirit our Mother.

Again, Olson reduces mothering to the act of giving birth, and perhaps the act of nurturing, allowing her only traditional female gender roles.

When we limit women’s imagery for God to one little, sadly neglected box, we also limit Christian women (not to mention completely ignoring those whose genders are neither male nor female).

My God has many names, many genders, many pronouns.

My G0d is Creator-Protector-Provider: He molds us like a potter with clay.  Ze defends us as a fierce bear defends hir cubs. She feeds us as a lioness returning from her hunt.

My God is God’s Word embodied in human flesh: He is Jesus, the word of God. She is Wisdom, crying in the streets. They are the astounding diverse body of Christ, neither male nor female.

My God is Spirit: Xe is a rushing wind, a flame of fire. She is an empowering protest song, telling the Empires of the World, “You Don’t Own Me.” It is a strong tower, a rock that holds me up in times of trouble.

I am human, so it is inevitable that I will try to fit God into my own boxes, but my God resists, and calls me to do the same.

*Interestingly, Scripture does say that we are made alive by God’s breath, so I am not sure why Olson is so eager to distance human-kind from the “substance” of God.

April 21, 2015
Tony Jones' Cross is a Symbol of Abuse (Or, How To Abuse Women Like A Pacifist)
Next Post 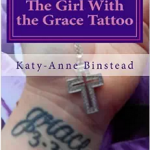 May 19, 2015 Healing Through Story-Telling: A Review of "The Girl With The Grace Tattoo"
Recent Comments
0 | Leave a Comment
"This, this right here. 👍👍👍"
Lir Talan 12 Reasons Why You Can Totally ..."
"I agree with you totally..I walked away from main stream Christianity and my calling due ..."
Bill Luginbill Telling My Own Story: A Perspective ..."
"Right there with you. The 'stop crying or I'll give you something to cry about ..."
Stacey Swanson Privilege, oppression, and being “nice”
"Sarah Moon writes as if she believes that complementarians have pulled this view out of ..."
Eli Taft Complementarians are trying to scam us.
Browse Our Archives
Related posts from Sarah Over the Moon