Healing Through Story-Telling: A Review of “The Girl With The Grace Tattoo”

Healing Through Story-Telling: A Review of “The Girl With The Grace Tattoo” May 19, 2015 Sarah Moon 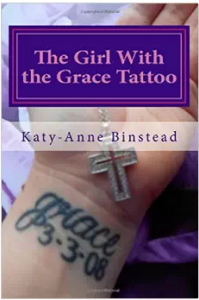 A few months ago, Katy-Anne Binstead, a Facebook friend of mine, asked me to read an review her self-published book, The Girl With The Grace Tattoo. Shortly before I started reading it, I had watched Going Clear, a documentary about the cult of Scientology. I had Going Clear in my mind as I read Binstead’s book, and Binstead’s own words reminded me of the words of the survivors of Scientology who were featured on the documentary.

Joy at having found freedom.

Confusion as to how to move forward.

I believe The Girl With The Grace Tattoo, like the interviews with survivors featured on Going Clear, is a good example about how telling can be a form of healing.

I know many fundamentalists who left fundamentalist Christianity, only to be quickly sucked into other harmful, cult-situations. Some have joined ex-fundamentalist groups that, though they claim to be focused on healing, discourage healthy boundaries, worship charismatic leaders, and bully those who question those leaders. Others have joined new religious groups that do not call themselves fundamentalists, but have many unhealthy, cult-like aspects (for example, many of the fundamental Baptists I grew up with left the IFB only to become Mark Driscoll fans).

I wonder if part of the reason it is so hard to avoid falling into other cult-like situations after leaving a specific cult is due to the fact that looking back on our pasts is painful. It’s hard to analyze what happened to us, what was wrong with it, how we participated and how we were victimized.

And yet, though we may not be able to do so right away, telling our story can be healing. Not only can it create awareness and help others avoid falling into similar situations, but it can help us as we move forward.

This is why I am glad to see so many ex-fundamentalists, like Binstead, telling their stories.

Many of us don’t get the chance to tell them on major platforms. We don’t all get book deals or documentaries made about us on HBO. But we can self-publish, we can blog, we can use social media…the great thing about the internet generation is we have many more chances to speak than we may have had 20 or 30 years ago.

This is how I read Binstead’s book. She doesn’t have a national platform, but she is determined to speak anyway.

She wrestles with the harmful beliefs she was all but forced to hold–about herself, her body, the world, and God–and is not afraid to admit that she is still wrestling and still healing. She has not reached a place where she completely knows how she feels about herself and her faith yet, and I appreciated her honesty there. The temptation to leave fundamentalism and immediately join another group presenting a simplistic, easy-to-understand view of the world can lead us only to more harm.

Binstead, instead, gives herself (and by extension, others who read her story) grace to learn, to grow, to question, and to be unsure.

She tells her story, not as one who suddenly has it all figured out, but as someone giving herself the grace to live her own messy, honest story, no longer bound to the chains of fundamentalist thought.

As a fellow bisexual, one of my favorite parts of the book was Binstead’s openness about how fundamentalism made it difficult for her to understand her own bisexuality. This is an aspect that is often absent from ex-fundamentalist narratives. I have not read many stories by other bisexuals, who transcend the “choice” vs. “born-this-way” narrative of mainstream discussions of queer identities.

In addition to discussing the grace tattoo mentioned in the title (and how it symbolized the grace God gave her and the grace she is giving herself in her healing journey), Binstead mentions another tattoo of hers: a semi-colon on her ankle:

“I’m still alive because God wasn’t finished with my story yet and so there is a semi-colon instead of a period which would have been the end.”

God wasn’t finished with her story, and God is not finished with ours. Our stories do not end when we leave fundamentalism. We must tell the stories of our past and move toward a new future–that is part of our story too.

If you want to read Katy-Anne’s Binstead book for yourself, it is available on Amazon. May it empower you to keep telling your own stories! 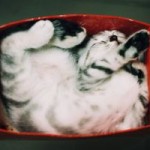 May 11, 2015
Every Part Of The Trinity Is "She Who Is:" Resisting Roger Olson's Boxes For God
Next Post 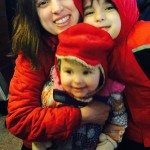 June 9, 2015 Help My Friend Heather Attend Seminary!
Recent Comments
0 | Leave a Comment
"Right there with you. The 'stop crying or I'll give you something to cry about ..."
Stacey Swanson Privilege, oppression, and being “nice”
"Sarah Moon writes as if she believes that complementarians have pulled this view out of ..."
Eli Taft Complementarians are trying to scam us.
"Two family members abused me, one I have totally reconciled with, the other, not. One ..."
Diana Marley When my abuser is welcome at ..."
"I want to share this article on FB, but totally don't want the image of ..."
Angie Mabry Liberating Liturgies: Why Mother Bear?
Browse Our Archives
get the latest from
New Visions
Sign up for our newsletter
POPULAR AT PATHEOS New Visions
1

6 Spiritual Lessons Our Cats Can...
Wake Up Call
Related posts from Sarah Over the Moon