Content Note: Descriptions of Rape and Sexual Assault, with some detail

Famous evangelicals across the United States are coming up with all sorts of interesting excuses for abandoning their self-proclaimed morals in order to support a man like Donald Trump. James Dobson–of “let’s shoot transgender children” fame–claims that Trump has recently been “born-again,” and anyone who grew up in “born-again” Christian culture knows that this move is often used as a “get-out-of-accountability-for-past-wrongs-FREE” card.

Whenever Christians want to clear white men of past wrong-doing (however horrific), they compare these Christians to one of three people: the Apostle Paul, Moses, or King David. It’s a way of simultaneously silencing critics while placing the critiqued men on a pedestal up there with the heroes of the Christian faith. This is what Graham apparently did, according to the Christian Post, which claims:

“Franklin Graham started off his speech by talking about the flaws of Moses . . . and how David committed adultery and killed a man . . . “

It’s actually quite effective, for those who have grown up with an evangelical Christian worldview. Many survivors–myself included–have found themselves silenced by these tactics.

There are many ways of reading the stories of King David in the Bible. Many see him as a great leader who was also a sinner who repented and was held accountable by God for his wrong-doings. Many others read the stories as having the message that all human leaders are wicked and corrupt, and only God is good. Some even claim that the stories of King David were meant to be read ironically, as a critique of the monarchy (see Carolyn Sharp’s Irony and Meaning in the Hebrew Bible). After all, King David–like King Saul before him–fulfills the prophet Samuel’s warnings against kings who treat people as property for the taking (“He will take your daughters…”).

A responsible reading of the stories of King David–regardless of the exact approach a reader takes with the story–must not sweep King David’s wrongs under the rug. The flippant way Franklin Graham dismisses both Trump’s and David’s “sins” shows that Graham does not take this part of scripture seriously or responsibly.

In a way, Graham is correct. Trump is similar to King David.

Trump and David’s similarities don’t end with “adultery,” as Graham calls it.

The story of David and Bathsheba is “not about consensual sex between equals.” As I wrote back in 2013,

Why is Bathsheba demonized throughout much of Christianity as the embodiment of the “seductive spirit of idolatry?” This woman, who was simply washing up after her period ended, like all Jewish women did? This woman who was simply following God’s purity laws, while, unbeknownst to her, a powerful King watched from above? This woman who had…what choice when the men of a King famous for killing tens of thousands came knocking at her door?

Since Graham won’t say it, I will: King David was a rapist. And Trump?

Will Christian leaders like Graham and Dobson take a stand against these alleged evils? Will they play the role of the prophet Nathan, who was willing to point his finger at a wicked ruler and say “You are that man?”

Or will they continue to dismiss the alleged rape of women and children, pretending that Trump’s status as a “baby Christian” is enough to cover up these alleged evils?

Only one of these responses is biblical.

*Lisa Bloom at the Huffington Post points out that “Ms. Trump was almost certainly contractually prohibited after she signed [divorce settlement papers] from saying anything negative about Mr. Trump.” It is also true that we live in a world where many survivors recant their accusations because of the rape culture that we live in. Regardless of whether or not Ivana Trump would still describe the incident as rape, she did not deserve to be treated in a way that made her feel “violated.” 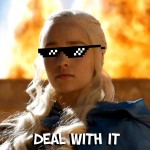 June 26, 2016
Human Dignity and Christian Responses To "Game of Thrones"
Next Post 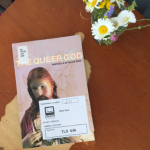 July 4, 2016 Putting God in the Closet: How N.T. Wright and Douglas Wilson Attack the Image of God
Recent Comments
0 | Leave a Comment
Browse Our Archives
Related posts from Sarah Over the Moon