Putting God in the Closet: How N.T. Wright and Douglas Wilson Attack the Image of God

N.T. Wright and Douglas Wilson have the same exact theology when it comes to LGBTQ people.

N.T. Wright, the distinguished scholar and Anglican bishop, speaks with an air of academic detachment. In a recent interview for the Crackers and Grape Juice podcast, he uses vague words (like “human sexuality”) and safe cliches (like “We are all sinners…”), but his position on LGBTQ people is clear.

Wilson, on the other hand, is proudly neo-Confederate preacher who believes that support of LGBTQ relationships is “a far more serious”  sin than slavery. His tone is much more reminiscent of Westboro Baptist Church than Wright’s ivory academic tower. Wilson has no qualms about using slurs (from d*ke to tr****), or about claiming that LGBTQ people ought to be punished with exile.

And yet, when it comes to their theology of LGBTQ people, Wright and Wilson sound about the same.

I’ve written about N.T. Wright’s theology of LGBTQ people before. His distain begins in Genesis 1, which he claims is rooted in binaries which must not be blurred–from light/darkness to male/female. These binaries must remain binary because they point to Christ as the bridegroom who marries his bride, the church. Heterosexual theology for the win, right? LGBTQ people, therefore, destroy the image of God in themselves, making them perpetrators of “human deconstruction;” “ex-humans” who are “beyond hope, but also beyond pity.”

Wilson’s theology sounds similar in a recent article for Desiring God. Being made in God’s image means being made “male and female,” for heterosexual marriage. Says Wilson, “Same-sex couplings deny this.” Like N.T. Wright, he claims that the binaries in Genesis cannot be denied, because: “The Father has sent a bridegroom into the world in order to redeem and obtain a bride.” According to Wilson, LGBTQ people attempt to destroy the image of God:

One of the most natural things for rebels to do, when they cannot actually get at the emperor, is to burn images of that hated emperor in effigy. And that is what we are dealing with here.

It’s true that someone is attacking the image of God.

But is it LGBTQ people?

As Wilson says, one of the most natural things for rebels to do is to burn images of their hated emperor. Perhaps this is why Wilson wants to criminalize LGBTQ people. Why Wright wants LGBTQ people to deny themselves and live like they are cis and straight. Why neither seem to ever call God anything but “He,” “King,” and “Father,” even though scripture uses many diverse images for God.

They advocate hatred toward those who are made in God’s image, using ideological weapons that try to place LGBT people on the same level as slaveholders, rapists, and genocidal dictators. If this is not an attempt to burn the queer image of God found in scripture, I don’t know what is.

The Queer God is evident, even in Wilson and Wright’s own theological framings, but they both deny it.

The church is the bride of Christ, yes. But it is also Christ’s body. Christ is bridegroom and bride.

God–who is never just Father, but a Mother hen, a breastfeeding parent, and even a tiny baby–does not fit neatly into any one gender category or role. Christ’s body–the church–is made up of many genders and gender expressions.

Salvation, then, is Christ reconciling with hir own body and hir own image. A divine act of self-love, in which Christ embraces and affirms the fact that hir body is not merely male.

Queer theologians search desperately for God–longing to see hir backside, if not hir entire face–while theologians like Wright and Wilson gave up their search long ago. They don’t want to search for God, afraid they might find a being that looks like the people they are so eager to oppress.

They carve images into stone to make a God who looks like them: like a cisgender, heterosexual man. Their God is not a living God–a diverse Trinity wide enough for all of us to live, move, and have our being in. Their God is an unmoving, lifeless object, stuck inside a single metaphor.

Their theology puts God in a closet.

Yet, the resurrection shows us what happens when humans try to put God in a closet. God always comes out eventually. 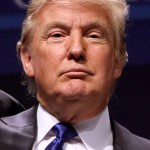 October 4, 2016 "Good Christian Sex:" A Book Review
Recent Comments
0 | Leave a Comment
"This, this right here. 👍👍👍"
Lir Talan 12 Reasons Why You Can Totally ..."
"I agree with you totally..I walked away from main stream Christianity and my calling due ..."
Bill Luginbill Telling My Own Story: A Perspective ..."
"Right there with you. The 'stop crying or I'll give you something to cry about ..."
Stacey Swanson Privilege, oppression, and being “nice”
"Sarah Moon writes as if she believes that complementarians have pulled this view out of ..."
Eli Taft Complementarians are trying to scam us.
Browse Our Archives
Related posts from Sarah Over the Moon