Does Jesus Show Us How to be Less A**holy and Instead Actually be Holy?

FRANK SCHAEFFER (former Evangelical Christian): Question: were you raised evangelical… or did the madness come by degrees?… sort of creep up on you? Conversion? What?

LUKE MOON (Evangelical Christian): I was raised in a Christian home. Went to church every Sunday. Mid-week too. I grew up Plymouth Brethren. Dispensational, Anabaptist, women covering their heads for the “Lord’s Supper.” Walked away though. I believed in God. Believed Jesus was going to save me. 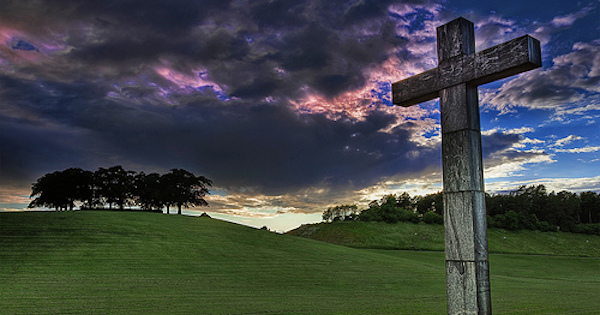 My faith became my own when I was in my early 20s. I was a waiter at Shoney’s in Asheville, NC. I used to finish at midnight and then some of us would go to the Waffle House to smoke cigarettes and drink coffee. We would talk about politics, philosophy, and religion. I would try and make the case for Christianity. I would say something like, “I believe it because the Bible says so.” My friends would say, “Well, I don’t believe the Bible.” It would stump me every time.

One day the church I was going to gave me a book by Josh McDowell called A Ready Defense. It made the case for why the Bible was true. I thought, if the Bible is true, then God is who he says he is and I’m in trouble. I decided to get my life in order. It was very rational. I never looked back.

Frank: You must have had better reasons than Josh McDowell…

Frank: What do you mean by “true?” BTW– not a trick question and I have no smart ass quip ready…

Luke: That’s a good question. I mean the Bible is true in the sense that it has transcendent authority that speaks to prime reality.

Frank: Nice answer. That said, it seems odd to me that you’d describe deciding the Bible is true by reading a book by Josh McDowell called A Ready Defense as “very rational.” The trouble is I knew Josh, and he (sort of like Hal Lindsey) was just such an unmitigated flake. Even my dad (Francis Schaeffer) described his books as nonsense. Josh McDowell was to apologetics what Star Trek is to astrophysics.

Luke: Lol. I figured you knew him. Mind you, I didn’t stop with Josh. I read everything your dad wrote. I was really into the whole presuppositional apologetics for a long time.

Luke: I realized at some point that the presuppositional apologetics is based on a idea that logic and reason determine truth. Nobody really believes that anymore. Now people believe that experience determines truth…and it’s all relative to the individual and their experience. Because of that, I developed an apologetic based on the idea that there are universal experiences.

Frank: “…an apologetic based on the idea that there are universal experiences…” I like that a lot. It seems to me that my dad’s work can be summed up more or less as Christianity is horrible but everything else is worse… We are shit but Jesus was great… to which I ask: If that’s the case, what makes the Bible true since no one can follow it, and when they do they turn into assholes?

Luke: I don’t know that the Bible turns people into assholes, people are assholes already. The point is that Jesus shows us how to be less assholy and instead actually be holy. It also shows that we can’t do that on our own.

Frank: In fact though since the formula has never worked (even St. Paul was a jerk and sanctimonious too) it seems that (believing in) Jesus doesn’t make anyone better or worse. The best people I know include an agnostic Jew in LA who was my entertainment lawyer, a Hindu mom who picks her kids up when I pick up my grandchildren every day at their school, a lapsed liberal Roman Catholic (my wife) and others. I do know a few American evangelicals that are no worse than anyone else… that said, they have no corner on the market of even basic kindness, let alone anything holy. Fact is we are all in the same boat. That neither proves nor disproves anything.

Luke: I know people like that too. Good people who do good things for other people. But I also know real monsters. People who seem bent on making everyone else’s life miserable. Christians certainly don’t have a corner on the market of basic kindness, but the problems in the world are not due to kindness, but the lack of it. I spent 5 years fighting human trafficking. It’s as horrible as you can imagine. What about the victim and the villain? Is there justice for the villain and mercy for the victim? I think there is, but only if there is a transcendent and immanent God that is good.

You get the last word… on this, gotta go, so what’s the short answer… to be continued?

Luke: It’s no more nuts than believing there is in fact no justice, no hope, no purpose. To be continued…. 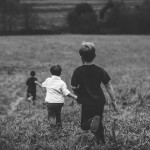 October 27, 2016
Without Certainty, Where Do You Find Hope and Purpose?
Next Post 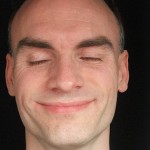 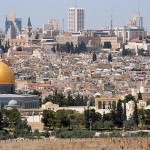 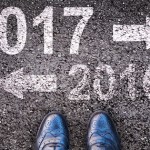 The Mix
I’d Wish You a Happy New Year, But...
Schaeffer & Moon
TRENDING AT PATHEOS The Mix