Mad Max finds redemption on the highway to hell

Mad Max finds redemption on the highway to hell May 22, 2015 Andrew Collins

Mad Max: Fury Road brilliantly hits that wicked-sick, over-the-top sweet spot that marks any worthwhile action film, taking us on a demon-possessed ride down a trail of fury (and I don’t use “brilliantly” lightly). In this apocalyptic cocktail of steampunk, Book of Eli, and Fast and Furious, the world runs on a currency of gasoline and bullets, the most praiseworthy descriptor is “chrome,” and colorful personalities rule the Australian wasteland with monikers like Max Rockatansky, Imperator Furiosa, Rictus Erectus, and Immortan Joe. Mankind has reverted to tribalism, where heaven is an eternal road of souped-up hotrods achieved through glorious sacrifice in the service of the chieftain. Warlords rove the Australian wastelands in Reaver-like highway gangs with all the braggadocio that a flame-spewing double-necked guitar shredder on an overloaded truck of amps and subwoofers can bring (which is a lot). Clearly, director George Miller had a vision, and this time he spared no expense in bringing it to fruition.

The conflict revolves around the flight for freedom by five nymphic young women – the harem of ghoulish baddie Immortan Joe (Hugh Keays-Byrne). They flee in a “war rig” under the care of Imperator Furiosa (Charlize Theron), a rogue warrior who defies Joe to help his enslaved “breeders” escape. Max (Tom Hardy) comes to help them, but only for the purpose of saving his own skin and likewise fleeing the wrath of Immortan Joe. Here is the reluctant hero born, and from this point the film can be summed up in two words: chase sequence.

“It had no plot. It was like all action.” I overheard one viewer say after the film ended, and if there is any major criticism of Fury Road, it is this. But this is an oversimplification. Fury Road is a deeply spiritual film, and the story that unfolds amid its grease monkey tribalism is an almost mythic paradise-fall-redemption narrative. The opening scene introduces the world with a shaggy-haired Max standing on a plateau next to his armored-up roadster. He muses on the hellish, maddening world he’s living in, haunted by both the living that prey on each other and the fallen loved ones that he could not save. “As the world fell, each of us in our own way was broken,” Max says, recalling the apocalypse. He used to be a cop in pursuit of a righteous cause, but now his world is reduced to a single instinct: “survival.” This is the maddening to which the title refers. Humanity has lost the abundance of resources that makes peace possible in an imperfect world. They are alienated from the hostile nuclear wasteland – even their own marred, decaying bodies – and they realize they need escape.

In terms of character development and story, Fury Road shows how less can be more. You could fit all of Max’s lines on a napkin, but his truncated dialogue imbues the film with substance. He doesn’t waste words; each one drops heavily from a profoundly troubled mind. The horrors of the apocalypse have stripped away all masks of pretension. In each major character in Fury Road, in fact, we find one of our core human longings embodied.

For Max, it is escape from the deep, haunting guilt that comes from a failure to save loved ones. “You know hope is a mistake,” he tells Furiosa before one last-ditch gambit. “If you can’t fix what’s broken, you’ll go insane.” For Immortan Joe, it is the classic villain’s god-complex and the desire to pass on his legacy through a son (who one of his fleeing wives is carrying). For Nux (Nicholas Hoult), an indoctrinated “war boy” for Immortan Joe who sets out in pursuit of Joe’s wives but ends up assisting their escape, it is purpose and salvation through glorious deeds. “I live; I die; I live again,” he cries in the first big chase sequence. For Furiosa, the protector and rogue warrior who seeks to shuttle the women away to the “green place” where she was born, it is redemption. For the women themselves, it is simply human dignity – freedom from slavery. “We are not things,” they repeat to themselves in a driving, defiant mantra, “We are not things!”

At the root of everyone’s reckless abandon is the hope for a better life – a return to the Eden of the civilized world. “It feels like hope,” says Nux as the film ramps up for the final conflict, and we feel it too, because we also need hope. Everyone in Mad Max may be teetering on the brink of insanity, but isn’t that how we humans are even today – just a stocked pantry and a few digits in a bank account away from anarchy? 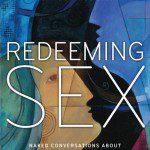 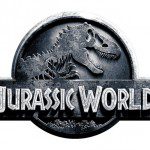 June 10, 2015 Now serving family fun, with a side of violence
Recent Comments
0 | Leave a Comment
"I am aware of those kinds of discussions and statements (and even of the fact ..."
cneal Confronting the American Gospel
"No disagreement here!"
cneal Common Grace, 2.7
"No--Christians should be institutional because the church is an institution (it is more than that, ..."
cneal Christian Institutions in the 20th Century
"Good points! I love Will's columns too (he's especially been on fire for the last ..."
cneal George Will’s Mixed Sensibility
Browse Our Archives
get the latest from
Schaeffer's Ghost
Sign up for our newsletter
POPULAR AT PATHEOS Entertainment
1

Common Grace, 2.17
Kuyper on Jesus's Incarnation, and a response to Kuyper on the cultural...