Now serving family fun, with a side of violence

Now serving family fun, with a side of violence June 10, 2015 Elizabeth Whyte

Ah, human kind. Do we never learn from our mistakes?

Twenty-two years after we realized a theme park of man-eating dinosaurs was a terrible idea, we’re at it again. Yes, that’s right. In the third sequel to the original 1993 Jurassic Park, mankind has once again filled a remote Caribbean island with giant lizards, a handsome couple, two lost children, and trite observations of man’s place in the evolutionary scheme of things.

Jurassic World is all it promises to be: an action-packed film based on the wonder of seeing extinct dinosaurs roam the earth again, and a few family values thrown in on the side. But like the nature that the theme park tries so hard to tame, the movie has a darker, more vicious side.

In this latest installment, the financial backers of the original dinosaur park have rebranded and started anew. Isla Nublar now welcomes visitors by the droves, allowing kids to ride baby triceratopses and tourists to kayak down rivers flanked by soaring brontosauruses. Claire Dearing (played by Bryce Dallas Howard) is the executive running the whole show, and her two nephews are on the island for a visit. But she’s too busy to see them, as the park is trying to solve its financial problems by unveiling a new attraction: the Indominus Rex, a giant, carnivorous product of the laboratory, genetically spliced together from several different creatures to make a new monster sure to scare the kids or even the parents. Since park-goers are getting more and more used to regular ol’ T-Rex, Claire explains, they need something bigger and badder.

The park’s optimistic owner (Irrfan Khan) enlists former Navy soldier Owen Grady (Chris Pratt) to make sure the new creature’s playpen is secure. Grady, a good guy who happens to be working for villainous defense contractor Vic Hoskins (Vincent D’Onofrio), is training velociraptors to obey his commands. Vic wants to use the animals as weapons, but Grady gives him the typical Jurassic-movie warning: You can’t control nature. When the big bad Indominus Rex inevitably escapes, it is Grady and his raptors who are sent to go after it, and Grady who is sent to rescue the (predictably) lost nephews.

The film is a success in many ways. It makes you jump in your seat, laugh, cheer, empathize with the younger boy when he worries about his parents divorcing. Chris Pratt is a hunky hero we can all like. It’s fun to see the original vision of Jurassic Park come to life.

There are a few plot holes and inexplicable moments of character stupidity (RUN AWAY! JUST RUN AWAY!), not to mention the completely unrealistic number of times Claire sprints for her life in what have to be four-inch stilettos. (Not possible. Really.) But that’s not enough to ruin the fun.

What may be enough to ruin the fun for many viewers is that, in this entry of the Jurassic tale, moviemakers have turned up the dial on violence. One scene, in which a character is flung in the air between two pterodactyls and then viciously eaten by a giant sea monster, is particularly horrifying. Perhaps the filmmakers thought that moviegoers, like dinosaur tourists, were bored with the normal Jurassic fare and needed something bigger and badder — something more… gratuitous.

”Monster is a relative term,” a scientist tells villain Vic in the movie. “To a canary, a cat is a monster. We’re just used to being the cat.”

Perhaps, if we need to watch so many gory deaths in what is supposedly a family film, we are used to being not cats, but real monsters. 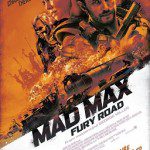 May 22, 2015
Mad Max finds redemption on the highway to hell
Next Post 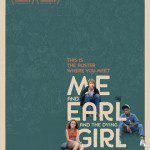