Paper Towns tears down the straight-laced facade of suburbia

I’m going to go out on a limb and say that author John Green’s greatest literary accomplishment is creating child characters who are philosophers and poets in their essence – yet definitely still 21st century teenagers.

If we grant that, then I would next suggest that Green’s second-greatest literary accomplishment is spinning out a number of disparate strands of philosophy, poetry, and drama and tying them together in conclusions that hit you with wave after wave of emotion in rapid succession. Paper Towns is a prime example of this.

The story follows the last several weeks of Quentin Jacobson’s senior year of high school. Quentin (Nat Wolff) has lived next door to the coolest girl ever, Margo Roth Spiegelman (Cara Delevingne) – and is in love with her. They were friends as kids, but have grown apart as they’ve gotten older. One night, however, Margo comes to Quentin’s window and asks him to join her for a night of epic shenanigans. He reluctantly joins her and has the time of his life. But just as a future with Margo begins to appear possible, she disappears, leaving a trail of clues as to her whereabouts.

As far as adaptations go, the film version of Paper Towns has about as many delightful hits as disappointing misses. On the plus side, the film is very well cast. It’s nice to see three high school seniors who actually look like 18-year-olds stuck in awkwardly evolving adolescent bodies (Austin Abrams, who plays Quentin’s friend Ben, is in fact 18 years old!).

However, Paper Towns tries to take a few too many of the aforementioned disparate strands without sufficiently developing them. In the opening flashback, for example, Margo speaks about all the strings inside someone breaking when she and Quentin find a dead man in the park, but the film never revisits this idea. Walt Whitman’s poem “Leaves of Grass” gets enough screen time in the film to lead Quentin to his own doorjamb to find a clue left my Margo, but Whitman doesn’t stay on as guide to life like he does in the book. For some reason the film includes brief scene of Quentin in English class – the perfect opportunity to show him asking his teacher about “Leaves of Grass” – but we only learn that he has missed a quiz.

I wonder if this is indicative of the times. One thing that makes Paper Towns and The Fault in Our Stars worthwhile books is that they managed to work writers like Shakespeare and Whitman into the lives of prom- and videogame-obsessed kids. The reader thus has to wrestle with great literature in order to fully appreciate the story. Yet these literary elements have been largely stripped out of the film adaptations. Part of this, I realize, could be product of the medium. The film version of Paper Towns would have been pretty boring if it tried to capture the experience of reading through “Leaves of Grass” over and over again. But it still makes me wonder. Is today’s movie-going audience not literate or thoughtful enough for such riches?

Perhaps, but there is still plenty to like about how Paper Towns treats its source material. It distills a few big themes and delivers them clearly, if a bit heavy-handedly. In Quentin’s dogged pursuit of Margo, it raises those dramatic tensions that make us really feel and gives us insight in our own relationships and our very selves. Quentin learns that you can’t make real people (like Margo Roth Spiegelman) into larger-than-life myths, because the myth ends up being a projection of our own imagination and will always let you down. Yet even as Quentin breaks down the paper facades of upper-middle-class suburbia, which also means stripping away the structures that gave his life safety and meaning, he experiences the thrill of leaving the comfort zone of routine. He sees that life is full of elation and thrills that surpass our paltry paper expectations, if we’ll only take a chance to step out and seize them.

It’s a good lesson for kids to take to heart, but only to the extent that it tears them away from the cheap distractions of smartphones and high school gossip. Margo raises the tension between the slog of preparing for the future – the straight-laced life of good grades and a college education – and the immediate adrenaline of bringing the rain – staying up all night to avenge wrongs, taking spontaneous road trips, and dancing in empty conference rooms in the tallest building in town. It’s an understandable feeling, and one that this generation seems particularly preoccupied with.

Ultimately, though, it doesn’t go far enough. If this life is all there is, and if your own sense of fulfillment is the measure of all things, Margo’s way of life looks awfully appealing. But you can’t manufacture a string of perfect moments. Reality is too cruel.

Instead, let me offer this question for consideration: What if the key to true joy and purpose in life is found in believing that it is a preparation for the future? 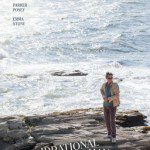 July 27, 2015
Irrational Man is a hopeless triumph of the conscience
Next Post 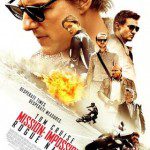 July 31, 2015 Rogue Nation set to reinvigorate the Mission: Impossible franchise
Recent Comments
0 | Leave a Comment
"I am aware of those kinds of discussions and statements (and even of the fact ..."
cneal Confronting the American Gospel
"No disagreement here!"
cneal Common Grace, 2.7
"No--Christians should be institutional because the church is an institution (it is more than that, ..."
cneal Christian Institutions in the 20th Century
"Good points! I love Will's columns too (he's especially been on fire for the last ..."
cneal George Will’s Mixed Sensibility
Browse Our Archives
get the latest from
Schaeffer's Ghost
Sign up for our newsletter
POPULAR AT PATHEOS Entertainment
1