Labyrinth of Lies powerfully confronts the silence of postwar Germany

Review of Labyrinth of Lies, Directed by Giulio Ricciarelli

There’s a sense in which Labyrinth of Lies strikes me as the German equivalent of “All The President’s Men” – at least in terms of the place the story occupies in its dramatic documentation of a defining national scandal. Writer and director Giulio Ricciarelli’s latest work tells the story of Johann Radmann, a young public prosecutor in the 1960s whose investigations into the murders committed by German soldiers at Auschwitz pricked the national conscience and pushed modern Germany to confront the uncomfortable realities of what happened during World War II.

The film faces a daunting question: how do you deal with the collective sins of a nation? Especially when said wickedness runs both so deep (we use the Holocaust as one of the signature proofs of the depravity of man, after all) and so widely saturates society? As he tediously puts together a case, Johann repeatedly encounters a terrifying logic among the skeptics and naysayers. If you condemn the killers at Auschwitz and expose the camp for what it was, you effectively condemn the entire Nazi Party, and if you condemn the Nazi Party, you condemn all the folks who joined the Nazi Party, even those who may have done it out of inertia, as the default option. You doom a generation of children to wonder if their fathers were murderers.

What, indeed, does one do with such a society? Post-World War II Germany became a modern, prosperous western democracy, and though it may have been built from the ground up, in a sense, out of the ruins of war, it didn’t emerge entirely out of a vacuum. On the contrary, it sprang from a generation that history has since remembered as unqualified villains. That’s one of the convenient things about World War II from a story-telling perspective: there is a distinctively good and a distinctively bad side. Most wars aren’t that black and white.

So the drama here is profound. Johann has to overcome national inertia and dig up memories that no one is keen to revisit. The translation of the film’s title doesn’t do full justice to the German. As Ricciarelli explained in a Q&A session after a screening in Washington, D.C., “Labyrinth of Silence” is probably a better rendering, since the original German word connotes a deliberate, deceptive silence. All the old war records are locked up with the Americans, out of sight and out of mind. Why go back and relive the past, the line of thought seems to go, when an economic miracle is at hand? Business is booming. The world is stable. Let’s keep it that way.

The thing about suppressed truths, though, is that it only takes a moment or two of wavering to unleash them – a proverbial pebble to start the landslide. Whispers of painted-over sins are everywhere, among the stoic German fathers who get drunk with old war buddies and sing about the Russian front, or in the eyes of a Jewish survivor of Auschwitz who chances to encounter a former captor at an elementary school (of all places!).

In the end, the Labyrinth of Lies reveals the utter impossibility of accomplishing true justice – at least from a human standpoint. The task is both too gargantuan and too nuanced. Our legal systems simply cannot parse it out, can’t bring just the right degree of justice on every individual (Jesus’ call to let he who is without sin throw the first stone comes to mind). In his case to prove murder at Auschwitz, Johann had thousands and thousands of suspects. Of those, 19 were tried in the Frankfurt trials. Seventeen were found guilty – hardly an adequate recompense.

Instead, the film’s brilliant stroke lies in how it shows that cases like these are made worthwhile when they become a symbol for confronting the past – a token reminder of the horrific manifestations of evil men can reach in their disregard for fellow man. The testimony of the witnesses and victims of Auschwitz is a vehicle for history to be shaped and be remembered – for stories to be told – so we can always remember what happened. It’s these stories, spoken by the poets, if you will, that shape and preserve memory. Johann’s character arc follows this realization. His pursuit of ultimate justice is vain in that it cannot be adequately meted out, but what he finds instead, and what makes it meaningful, is the stories of Auschwitz. He loses his idealism, but not his drive to do the right thing.

As Ricciarelli said in the Q&A: “There’s a difference between reality and truth. I think we captured the truth of that time and of this trial.”

That’s an important distinction to make when evaluating historical dramas. Seeking justice for Auschwitz, even if an impossible task, is still worth the effort because of the record of testimonies it leaves and the truth they testify to. It’s worth telling the stories of the Frankfurt trials now, even with irreparable sins and scarring engraved in the past (which is not as distant as we’d like to think), so that the present generation can do the right thing. 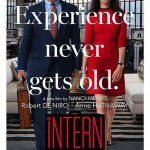 September 25, 2015
The Intern hits us right in the millennial feels
Next Post 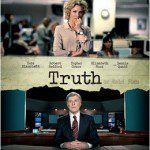 October 23, 2015 INTERVIEW: 60 Minutes journalists in pursuit of “Truth”
Recent Comments
1 Comment | Leave a Comment
"I am aware of those kinds of discussions and statements (and even of the fact ..."
cneal Confronting the American Gospel
"No disagreement here!"
cneal Common Grace, 2.7
"No--Christians should be institutional because the church is an institution (it is more than that, ..."
cneal Christian Institutions in the 20th Century
"Good points! I love Will's columns too (he's especially been on fire for the last ..."
cneal George Will’s Mixed Sensibility
Browse Our Archives
get the latest from
Schaeffer's Ghost
Sign up for our newsletter
POPULAR AT PATHEOS Entertainment
1