The Gods of Egypt aren’t that impressive

The Gods of Egypt aren’t that impressive March 1, 2016 Andrew Collins

Review of Gods of Egypt, Directed by Alex Proyas

Myth can be powerful, wondrous, beautiful, and insightful, but not when it feels like a videogame set in a universe where hieroglyphs meet all the gratuitous glitz and glamour of Trump Tower. The “gods” of Egypt in this world literally bleed gold. They have interchangeable power-ups and abilities like perfect vision, flight, and demon-repelling bracelets, which can be activated, seemingly, at the flip of a switch. And they speak in heavily scripted lines. How will they decide what to do? Simply select A or B and commence with the gameplay.

It’s too bad, really. Myth at its best offers meaning for how we understand who we are, how we got here, and where we’re going. Gods of Egypt offers only a trite, shallow reflection of the American movie-going audience in all of its clichés and paucity of ideas. It gives us spectacle and laugh-primed punch lines cooked up by third-rate screenwriters looking to appeal to the lowest common denominator. The film makes only a token effort to actually take us into a different era – a different civilization. These gods, when they aren’t badmouthing “mortals,” look and sound quite a bit like us (or, more specifically, fantasy versions of ourselves). Horus (Nikolaj Coster-Waldau), god of the air and Bono lookalike, wears a nice sexy scruff and combed back hair. His father, King Osiris (Bryan Brown) has a really distracting goatee (was there a contextual equivalent to a bad throwback to the nineties in BC times?). The villainous Set (Gerard Butler), meanwhile, slips into an equally distracting Scottish accent at times. All of the gods stand nearly twice as tall as mere mortals, have toned, muscular bodies, and speak largely in canned lines. If I had more progressive inclinations, I might also point out that a significant number of the gods are played by white actors. But I would never take such an obvious cheap shot.

A similar critique can be leveled against film’s ideas. At one of the spectrum stand the evils of consumerism and slavery under Sut, where a few rich people win in the end and the poor die without hope. At the other end are the virtues of moralistic therapeutic polytheism that Horus learns to embrace, where a man has but to be a generally good person to gain passage into the afterlife. The latter is a nice-sounding idea. Level the playing field, make each person accountable for his actions, bring back a sense of personal responsibility. I can sense my fellow upstanding Americans smiling in contented approval.

Jesus, of course, condemns both of these modes of living. I doubt they’ll make a sequel showing Egypt descend into the Pharisaism of a graceless moral order.

To its credit, Gods of Egypt did get me to suspend my disbelief long enough to get me to seriously contemplate the prospect of the gods walking among men. With its theatrical hearkening back to the glory days of the fertile Nile River as the glory of the civilized world, it evokes the Edenic memory of a time when a divine presence dwelt with man, and it stirs those indelible heavenly longings that no culture or society can ever quite shake. For a moment it caused me to consider the cosmic scale of life, with its miraculous origins, the reality of grand angelic battles, and the prospect of facing Judgment Day.

But then the gaudiness and lights and CGI aerobatics and self-conscious circling zoom shots kicked in. Serious eternal questions which might have been thrust deep into the audience’s heart fade out in the harsh light of spectacle. 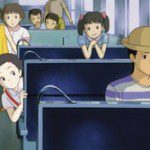 February 26, 2016
A Longing for Something More Suffuses Only Yesterday
Next Post 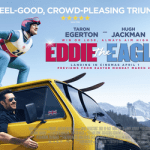 March 3, 2016 Eddie the Eagle takes flight, but doesn’t quite soar
Recent Comments
0 | Leave a Comment
Browse Our Archives
get the latest from
Schaeffer's Ghost
Sign up for our newsletter
POPULAR AT PATHEOS Entertainment
1