Eddie the Eagle takes flight, but doesn’t quite soar

Review of Eddie the Eagle, Directed by Dexter Fletcher

Eddie the Eagle tells the story of “Eddie” Edwards (Taron Egerton), the British Olympic ski-jumper of the 1988 Calgary games who fulfilled his lifelong dream of competing in the Olympic games. As is the case with many biopics, the story is heavily fictionalized. It is the film’s retelling of the story of Eddie the Eagle that I aim to critique here.

As a character, you can’t help but love Eddie – the nerdy, chaste, teetotaler who always got picked last but who still managed to develop an unabashed optimism and naive self-confidence. The opening credit sequence shows Eddie as a child running away – complete with knee braces, lunch box, and crooked glasses – to the bus stop to compete in the Olympics. It tugs the heartstrings as we see Eddie vainly attempting javelin throwing, weight lifting, and hurdles in the alley behind his house, most of which end with a broken pair of glasses. Eddie is tenacious, like that undersized kid who keeps getting flattened in football tryouts but always gets up for another go because he’s convinced that someday he’ll be an NFL linebacker. You simply have to respect that kid, the dweeby Eddie Edwards who spends his free time carving carpeted slopes with the unflappable conviction that he will someday become a downhill skier.

Unfortunately, however, he can’t keep the film from the downhill trajectory of getting less interesting and less emotionally compelling as it progresses.

The rest of the movie is a mixed bag. I don’t know what the British Olympic Committee was actually like in 1988, but in the film it smacks of elitist stereotypes of the aristocracy. Likewise, Eddie’s father, a humble plasterer, embodies the stereotypical blue-collar father who can’t grasp why his son wouldn’t want to follow in steady, reliable footsteps of his old man. Eddie’s dad reminded me of the father of the crazy young scientist Flint Lockwood in Cloudy With A Chance of Meatballs (not a flattering comparison – either for his character or as an indicator of the overall quality of the film). The one bright spot among the supporting characters is Hugh Jackman, who plays the salty American ski-jumper Bronson Peary. Washed up and forgotten by the sport, Bronson spends his days plowing the slopes, keeping warm with a flask, until Eddie shows up, discovers who he is, and begs for Bronson to train him.

The quote by founder of the modern Olympic games, Pierre de Coubertin, appears a number of times as a mantra for the film: “The most important thing in the Olympic Games is not winning but taking part.” For the most part this is focused on Eddie’s individual struggle to get half-decent at ski jumping. The film doesn’t offer much of a broader meditation in response to de Coubertin’s quote on the significance of the games in terms of human achievement, international peace and goodwill, or even the simple love of the game. Eddie grows to love ski jumping – the rush, the speed, the freedom – by rekindling Bronson’s old passion for the sport, but his enthusiasm is hard to believe when he only took up ski jumping in the first place as a means to an end.

As Eddie’s coach, Bronson wonders what honor there is to be found in competing in the games when your marks are not even remotely close to the rest of the competition – an important question to which I did not quite find a satisfactory answer. Eddie makes the minimum distance set by the British Olympic Committee and decides to compete, even though Bronson begs him to spend another four years training for the 1992 games so that he can actually get his jump length up to some competitive distances. This call to wait and train harder sounds like the path of wisdom, but our hero spurns it completely.

Am I being cynical? Ok sure, Eddie fulfills a childhood dream and wins the pride of his parents. That’s inspiring. Who hasn’t dreamed of being in the Olympics? But the package also comes with the vain prize of celebrity and the distinction of the shortest jump in the games – by a long shot.

There is little room in our cultural value system these days for coming to grips with one’s limitations and opportunities, for finding meaning and happiness in the mundane, for anything short of following one’s dreams to the utmost no matter how absurd and no matter what the haters say. I wonder if there should be. The entire industry of Hollywood stands against this notion and robustly on the side of Eddie the Eagle. But the chief end of man is not Olympic gold. It’s not even Olympic dignity. 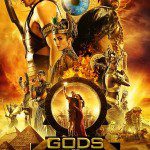 March 1, 2016
The Gods of Egypt aren’t that impressive
Next Post 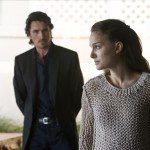 March 11, 2016 With 'Knight of Cups,' Have We Already Seen the Best Film of 2016?
Recent Comments
0 | Leave a Comment
Browse Our Archives
get the latest from
Schaeffer's Ghost
Sign up for our newsletter
POPULAR AT PATHEOS Entertainment
1