The American Film Institute (AFI)—launched by Lyndon Johnson in 1967 to “enrich and nurture the art of film in America”—is probably best known today for its list of the Top 100 American films (issued back in 2007) or its annual list of the year’s best films. But for those of us who live near the AFI Silver Theater in Silver Spring, Md., AFI has become one of the great champions of nonfiction filmmaking.

Having rebranded its Silverdocs festival a few years ago as AFI DOCS, the institute showcases documentary films from around the globe each year at the AFI Silver Theater and a few additional Washington, D.C.-area venues. A strong 2016 lineup continued to show how nonfiction films can delight, confound and spiritually connect with viewers in ways that fiction filmmaking often does not.

Alas, not every film I saw this year was a winner. Nor am I able to write at length about a few titles that are under embargo until they receive wider distribution later in 2016.

The Right Approach, but an Unhappy Outcome

The evolution of nonfiction filmmaking has taken the genre, in its best instances, away from the talking-heads approach often employed by issues-driven documentaries. Those bland treatises are said by the films’ proponents to “raise visibility” or “shine a spotlight” on a certain social issue. Cinematically, however, this axe-grinding presentation makes for tedious, visually stagnant films.

Tempestad director Tatiana Huezo wisely goes in another direction with her treatment of corruption and mistreatment of women in Mexico. The stories of Miriam—wrongly accused of human trafficking and detained for years—and Adela, a circus performer whose daughter disappeared a decade ago—sets the women’s voiceover remembrances of their tormented past against striking images of the country. But what, precisely, are the images supposed to evoke? The images, while often beautiful, simply aren’t matched in meaningful ways to the horrific events recounted in the voiceover.

Huezo’s style might be compared to director Terrence Malick’s aesthetic in his recent films such as “Tree of Life,” “To the Wonder” and “Knight of Cups,” but whereas Malick arguably assembles his discrete images in ways that cohere and ultimately build on each other, Huezo’s beautiful images in Tempestad feel disjointed and disconnected. Worse, the film’s 105-minute running time give viewers far too much time to ponder why a cumulative effect is so lacking.

What starts as promising too quickly becomes exhausting, robbing the women’s accounts of the impact those reminiscences might have otherwise had. And yet, Huezo wisely avoids the talking-heads route, which would have been even less effective.

The first of two documentaries I saw that focus on dying industries, Cinema, Mon Amour is a love letter to theatrical film exhibition—slam-dunk subject matter for a film festival. In this case, the setting is Romania, but the forces leading to declining paid cinema admissions are all too familiar: changing technology, piracy and disinterest among the youth.

Theater owner Victor is hanging on to his single-screen movie palace, luring patrons to the poorly heated facility with the promise of free hot tea and blankets. “People don’t come anymore,” he laments. “Only me.” But “as long as I’m around, we won’t give up without a fight,” he avers. He clings as well to some form of faith, reassuring himself that “God has His ways.”

An investment in a Blu-ray player, just as film reels are about to become rare, buys Victor time to figure out what other improvements he can make to the theater, but having appealed unsuccessfully to a national arts group for funding, Victor has to implement any changes to the venue by using his own brains and brawn.

“Perhaps with prayer and God’s help … things will improve,” Victor says, and one of his employees echoes Victor’s hopes. “God willing something good will come of this,” she says.

In an environment so inhospitable to attracting paying customers—we can see an employee’s breath when she speaks—and in the face of technological change, God’s will for the continuation of Victor’s theater seems very much up in the air.

From Birth to Death

Films about birth and death at AFI DOCS were among the festival’s strongest entries.

“Haveababy,” director Amanda Micheli’s portrait of a Las Vegas fertility clinic’s video contest granting one couple a free cycle of in vitro fertilization (IVF), presented a spectrum of human drama—heartbreaking failure for couples hoping for one last chance to conceive a child, and overwhelming joy for the winners—all set against the harsh financial realities of what it takes to undergo IVF.

And then there are the ethics of IVF, not just for the patients but for the clinic, whose staff is divided over holding the contest. The facility’s main doctor, Geoffrey Sher, says the online contest is needed to “help build our brand,” and he bluntly acknowledges that other contest methods, while “more altruistic,” aren’t “how the world works.” He sees his profession as a calling, but acknowledges that the clinic is a business, and that he’s a proud entrepreneur.

So it’s a surprise when we hear, not just from some of the finalists and their loved ones but from the doctor himself, repeated references to God and to prayer. Sometimes such utterances are casual mentions of prayer and blessings—politely inoffensive, if not the kind of thing medical professionals routinely say to patients. But by the end, the doctor is laying out an understanding of how the science of IVF can be understood through a theological lens. Although he’s “not a creator of life,” he says, those in his profession “are simply the conduit through which greater forces work.”

The contestants who profess faith are more conflicted. One husband, a Catholic, says his church considers IVF an unforgivable sin, but a bigger obstacle to having a family may be his wife’s refusal, after multiple failed IVF treatments, to consider adoption. An additional hurdle in their pursuit of being parents is a contest judge who is shown extolling one finalist—a lesbian without a partner—for “taking an action step,” but who reacts negatively upon learning about the Catholicism of the competing couple.

The film’s greatest strength is the way in which it lays out the riskiness of IVF without taking sides. Should a couple take out a mortgage to finance IVF treatments? How do people of faith reconcile IVF with their beliefs, especially amidst a difficult providence?

As one clinic worker says, “IVF is a numbers game,” but later, addressing a patient directly, she encourages them to “just say some prayers, and either they [the fertilized eggs] are going to implant of they’re not.” That’s a tension that the contestants—and the clinic workers themselves—have to live with amid the heartbreak and joy they see every day.

Death is the subject of “Obit,” about the obituary writers at the New York Times. Once a place where unreliable or otherwise difficult reporters were relegated, the obit desk has taken on greater prominence as the art of obits have evolved into, as one obit writer says, pieces “that make you laugh and cry.”

Like “Cinema, Mon Amour,” “Obit” is another love letter to a struggling, possibly dying industry (newspapers), but none of the on-screen talking heads seem ready to pack it in, nor do they express much trepidation about the long-term state of their industry. Their profession concerns are more immediate.

As online publishing has taken hold, the pressures for a quick turnaround have grown, with partial obits submitted for surprise deaths and then supplemented by 6 p.m. for the next day’s print edition. But whether the obits open with a standard “who, what, where” lede or an anecdotal lede, they no longer include such verbiage as “clasped to the Lord’s bosom” or other “hallmarking,” as one obit writer puts it.

Whatever the changes to the obit style over the years, the writers face the same challenges—the risk of a factual mistake (and the inevitable correction that will have to be run), the struggles to confirm someone’s death following a report in another outlet, and the social awkwardness of telling others what they do for a living.

Of the latter, one obit writer says, “It’s a little off-putting in a party situation.”

War and Peace in a Far-Off Land

The children of Afghanistan have lived for years with an ongoing war between their country and the United States. “In the Land of the Enlightened” shows the war through the eyes of a young warrior and through the U.S. troops in that country fighting the Taliban.

Like “Tempestad,” the visual treatment of “In the Land of the Enlightened” is often arresting—dry desert landscapes contrasted with lush, colorful interior shots of dwellings. A narrator sets the film in motion by reciting a creation myth about the land, and about the “soul of a holy warrior.” It’s pictorially captivating, but the effect is short-lived.

While the assistant director who introduced the film claimed that it takes no sides, “In the Land of the Enlightened” feels more like a pointed critique of U.S. intervention in the area than it does an evenhanded treatment of the situation there. While “In the Land of the Enlightened” holds together better than “Tempestad” does, questions of artistic intent linger—a distraction that’s hard to shake while watching the film.

That those two films represent the weaker entries seen at this year’s AFI DOCS is a testament to the quality of the selections across the board. Even films that didn’t cohere offered moments of radiant beauty against sometimes sorrowful backdrops. (Three titles—Tickled, Doc & Darryl and The Lovers and the Despot—will receive later theatrical releases or broadcast dates on television, and per the filmmakers’ request, are not reviewed in full here. Suffice to say that all three are excellent and deal with the effects of traumatic experiences in the lives of their protagonists, but only one—Doc & Darryl—deals with an explicitly, outwardly redemptive storyline for one of its titular characters.)

Given the panoply of human emotions in “Haveababy,” not to mention the reality of faith and hope in “Doc & Darryl” and “Lovers and the Despot,” this year’s AFI DOCS showed how nonfiction filmmaking continues to excel, not just as an outlet to raise important social issues, but as a storytelling medium that touches on the most fundamental elements of life—from birth to death 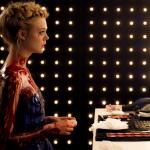 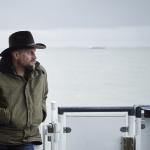 What Golden State Can Teach Us...
Watching God
Related posts from Schaeffer's Ghost