The soft corruption of the church

The soft corruption of the church October 10, 2017 Coyle Neal

I’ve been teaching a short course on Cicero’s writings–a kind of class that used to be common but which has almost disappeared from modern education. During one class discussion, we joined with Cicero in asking: how do we tell a leader who cares about the state from a leader who only cares about himself? What’s the difference between the virtuous man who leads the state wisely and the pandering demagogue who pursues his own glory by appealing to the lowest common denominator? That is one subject (among many) under consideration in Cicero’s speech “In Defense of Sestius.”*

In Cicero’s context, the Roman people had divided into two factions: the “Optimates”, who favored rule by the elites working through the Senate; and the “Populares”, who favored rule by the people working through the Popular Assemblies.** We might think of them as the 1% and the 99%, or the virtuous professionals and the unwashed mob (depending on your particular bias).

Rather than speaking directly about current events, however, Cicero takes the opportunity to reflect not so much on the reality of events in Rome, but on how things ought to be. Rather than talking about the “optimates” and the “populares” as they actually existed in Rome, instead he creates idealized versions of them and sets them in contrast with each other. In his view, the true “optimates”/”best men” are

“… our senior statesmen and those who follow their lead. They are those who are of the highest rank to whom the doors of the Curia are open. They are the citizens of Roman municipalities and peasants. They are businessmen. There are even freedmen [freed slaves] who are the finest citizens. As I said, their number includes men of different types who are spread far and wide. But in case there is any possible misconception, here is a quick definition and description of them as a class: a fine citizen is anyone who is not a criminal, perverted in nature, insane or hobbled by personal financial difficulties… The men who steer our Republic in conformity with this group’s wishes, interests and expectations are those we count as their protectors–and are themselves the most important of the finest citizens and greatly distinguished men, leaders of our community.
What port should those who steer the Republic keep their eyes upon and direct their course towards? The one which those who are sane, decent and prosperous consider the best, more desirable by far than any other: peace with honor.” (97)

By “peace with honor”, Cicero does of course mean to include international relations–but peace abroad is not his primary focus. He is mostly referring to a peace between the factions at home that pursues the common good of all. So he writes:

“…these [are] the elements of peace with honor…: our rites, the auspices, the powers of the magistrates, the authority of the Senate, the laws, our traditions, the courts and their verdicts, our integrity, provinces, allies, respect for our empire, the military, and the treasury.” (98)

In other words, the true “optimates” of the state are not those who side with the Optimates political faction; the real best men are the ones who set aside their selfish desires and pursue the common good. These may be found on each side of the partisan political divide. They work for religion, order, justice, legitimate political processes, virtue, and the honor and integrity of the state in the eyes of the watching world. They either are the great statesmen who lead or the mass of people who follow all in the name of service to something higher.

On the other hand, the true “populares,” today we would say the “demagogues,” are the ones who:

“.. look for revolution and political upheaval, either because they fear punishment or feel guilt because of their sins, or who feed off subversion and civil conflict because of some congenital insanity, or who, because of their financial difficulties, prefer to burn with everything else rather than alone.” (99)

Cicero argues such men come to power either by what we might call “direct corruption” or by “soft corruption.” Direct corruption involves things like bribing government officials and openly committing crimes in order to get power. Soft corruption is simply pandering to the whims of the mob in order to win elections regardless of whether the mob’s whim is good for the state. Their method is to tell the people what they want to hear in exchange for the kind of popularity that leads to political power. I suppose it’s encouraging that Cicero believed he was dealing with the former, while we have not yet come to that.

And yet, Cicero’s analysis is still relevant today both in American politics and in the life of the modern Evangelical church. We talked in class about the state of modern American politics and struggled to identify any true “optimates” who could be said to be working for the good of the whole. Demagogues, of course, abound.

The situation may not be quite so bad in the church as it is in government, but that’s not to say that the situation is necessarily good either. Corruption is of course as rampant now in the ministry as it has always been (how many religious leaders have fallen through moral scandals?).

But in some ways the soft corruption of the church is even worse. I don’t even mean the open heretics who preach prosperity and health because that’s what we want to hear. Such are outside the boundaries of the word ‘Christian’ in the first place. The real damage done in this context is done by those who are otherwise orthodox in their beliefs. Soft corruption from these types is the kind that modifies the tone and means of delivery of the message of the Gospel to make it more appealing to the mob. What we need are preachers who stand on the truth of Scripture and lead the City of God through a Godly life as outlined in the Word. What we too often get are preachers who are so concerned with sounding cool that they fail to get around to telling us the truth from the pulpit–though they believe it themselves. We get preachers who are wearing whatever kinds of clothes kids these days are wearing; using the latest trendy catch phrases in sermons; trying to hook the attention of a distracted congregation by spur-of-the-moment improvisation; and using a thousand other gimmicks from the pulpit aimed at assuring us that the preacher is really “just like us” and “on our side.” These gimmicks pile up until the good news of the cross is lost under a heap of relevance. This is one kind of soft corruption faced by the church today.

The good news is that this is nothing new. Every generation of Christians has been tempted to modify the message of the Gospel down to the lowest common denominator. And in every generation God has faithfully raised up preachers who refuse to make such compromises, who tell us the truth even when we don’t want to hear it, and who steadfastly lead us towards the common good of the City of God. May we be the sorts of “best men” who identify and follow these leaders, rather than the demagogues who sound more attractive but who have let slip the heart of the Gospel.

*You can find a free version of the text in translation here, but I’m referencing/quoting the excerpts in the Penguin edition. References are to the paragraph number, so you should be able to find it wherever you look.

**It would be anachronistic to call these factions ‘political parties;’ they really weren’t all that organized and were in many ways more ‘dispositions’ than ‘coherent ideologies.’ Still, there was some unity and coordination among the members of the two groups.

Dr. Coyle Neal is co-host of the City of Man Podcast and an Assistant Professor of Political Science at Southwest Baptist University in Bolivar, MO, where he regularly tells his students what they don’t want to hear.

October 6, 2017
"Duties of Parents": A Dutch Classic on Raising Children
Next Post 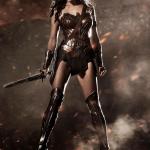 October 13, 2017 Wonder Woman and the Problem of Human Nature
Recent Comments
0 | Leave a Comment
"Sir, you may have your opinion about the Catholic Faith, but I would first read ..."
Dario Confronting the American Gospel
"I think it's much better thining in Simba as been yourself than been Christ. I ..."
Matheus Vinícius Ferreira The Lion King: Disney’s Almost Christian ..."
"That'll teach those dead babies and orphaned children who's boss."
Emily Carter John Piper and the Coronavirus
"The elect have nothing to worry about. They were saved from before the foundations of ..."
OldArmy John Piper and the Coronavirus
Browse Our Archives
get the latest from
Schaeffer's Ghost
Sign up for our newsletter
POPULAR AT PATHEOS Entertainment
1