As promised, this is another reflection on Octavia Butler’s Xenogenesis trilogy collected in the volume Lilith’s Brood. (The previous post is available here.) If you’ve still not read the book (you know, since the previous review was published a week ago), you really should do so–it is excellent.

In the book, Butler introduces a species known as the Oankali, which she holds up as an intelligent but non-hierarchical race of beings. In my previous post I noted that Butler argues that the human ‘contradiction,’ the source of our woes as a species, is the result of the combination of our intelligence with our hierarchical nature. This leads to all manner of oppression and destruction, even the nuclear war that had devastated the world when the book opens. As I said last time, Butler has her aliens say that hierarchy is not necessarily an inherent evil (look at the bees, for example), unless mixed with intelligence.

With that said, the Oankali live in a utopia that claims to be non-hierarchical. Everything is done through discussion and consensus, rather than through power structures and authority. Or so the book argues. The point of this post is to push back against both the implication that hierarchy is automatically bad (which of course no Christian should believe anyway, but also which I think no human regardless of faith should believe) and against her idea of a society that exists without hierarchy.

In terms of the former, Butler clearly implies that hierarchy is somehow wicked. As I said in my last post, there’s no doubt that hierarchical relationships can be abused. Political leaders abuse the citizen body or individual citizens; aristocrats abuse commoners; bosses abuse employees; parents abuse children; and so on. And also as noted in the last post, these relationships are abused not because there’s something inherently wrong with the relationship itself, but because of the sin of the individuals who make up the relationship. Obviously as Christians we understand that there is at least one hierarchy that is without sin on one side–the relationship between God and humanity. Though we are still sinners, this is an authoritarian relationship in which the Authority figure fills his role perfectly. Any problems we have are problems not because both sides of the relationship are intelligent (as Butler would have it), but rather because of our sin.

And yet, even beyond the Christian relationship with God, as a human being we should be able to see that authority is necessary in the world. At the most basic level, authority is necessary to get practical tasks done. If we want to build a house and don’t plan to do all the work ourselves, some level of authority is necessary in order to get the house built. A house that is built without authority is bound to fail. The principle at work in minor construction is true is the wider society as well. There are some people who are more fit to lead than others. And though we have processes in place that should work to filter the less able out and push the more able forward, at the end of the day society needs leadership and, well, hierarchy. We could argue about how much hierarchy is necessary (I tend towards ‘less than we’ve got now’), and we could argue about the quality of the people currently in leadership (particularly those put forward by both parties in the 2016 election); but in neither case do we negate the basic need for some kind of authority. And if you want to think more about that, let me point you to David Koyzis’s excellent book We Answer to Another.

So much for the broad point. What about Butler’s more specific claim that in the Oankali, there exists a utopian society that lacks hierarchy? Butler makes much of the point that human beings cannot understand the Oankali, and insist on seeing ‘leadership’ in their ranks (in the form of the ‘neuter’ gender that handles their reproduction and is most responsible for the genetic trade the species engages in). Instead of authoritarian leadership, where a few give instructions to the many, the Oankali exercise ‘consensus.’ Through some abstruse means (telepathy, maybe?) the Oankali race as a whole consults and discusses contentious issues and then implements the decisions of the whole. Once consensus is reached, dissenters are ignored unless they do damage to others, in which case they are placed in non-retributive/non-painful suspended animation for life. Despite the repeated claims of the book, this sounds like ‘authority’ to me. Sure, its a democratic authority, involving a large number (maybe even 99.9% in most circumstances), but authority is still being exercised. Whether a decision is being made by one person or one million persons, so long as there is dissent there must be authority and hierarchy to compel the dissenters to comply, or to brush them aside. I think that at the end of the day Butler’s attempt to build an hierarchy-less society just ends up showing how ingrained hierarchy is in human (in this case, Oankali) existence. Dilute it how we may, we cannot escape the necessity of leadership.

What this too-long second-review should leave us with is not a desire for the removal of hierarchy and authority from our lives, but rather the desire for its restoration and purification in its proper place. That of course we as believers can look forward to when the earth and heavens are made new. Then we all will be where we ought to be relative to God and each other (and I make no claims as to what that latter looks like–I simply don’t know), and all our relationships will exist as they were intended to from the beginning before our sin took the good gift of hierarchy and used it for wicked purposes.

Until then, we’ve got to do the best we can where we are, and read good books like Lilith’s Brood to encourage us to reflect on the world God has made and the relationships we live in with each other.

Dr. Coyle Neal is co-host of the City of Man Podcast and an Assistant Professor of Political Science at Southwest Baptist University in Bolivar, MO. He has more authority than he needs and probably not as much as he wants. 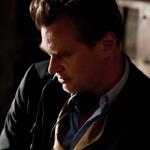 November 6, 2017 Christopher Nolan and the Revenge of Analog
Recent Comments
0 | Leave a Comment
Browse Our Archives
Follow Us!