Christopher Nolan and the Revenge of Analog

Does anyone remember celluloid?

In a world where cinemas have mostly converted from celluloid to digital projectors and digital cinema packages (DCPs) as the source material for the movies you see at the theater, some filmmakers are determined to preserve the celluloid filmstrips of yore.

Director Christopher Nolan remembers celluloid. In fact, he celebrates it by shooting his films on celluloid—old-fashioned filmstrips, sometimes in large formats like IMAX—and designing them for a theatrical experience.

Nolan spoke November 2 at a Library of Congress Preservation Week event, “Christopher Nolan in Conversation,” with Carla Hayden, librarian of Congress, and took the time to extol the advantages of celluloid over digital filmmaking, which, since its advent, has already gone through several changes.

“In 20 years (of digital filmmaking), we’ve gone through 30 different formats,” Nolan told Hayden. “We now know digital technology is a moving target.” Far from being the solution to the fragility of celluloid, which requires attention and resources to preserve its inherent qualities, “digital is part of the problem now,” Nolan said. Celluloid is “not a technology to be advanced from—it’s a distinct medium,” the director asserted.

Nolan’s remarks reminded me of the premise of David Sax’s stimulating 2016 book, “The Revenge of Analog,” an account of the resurgence of analog technologies in a world that was marching, inexorably, into a supposedly all-digital future.

“I noticed something going on,” Sax wrote of his increasing awareness of a backlash to digital culture. “Certain technologies and processes that had recently been rendered ‘obsolete’ suddenly began to show new life, even as the world around them was increasingly driven by digital technology.”

Had Sax talked with Nolan, or with filmmaker Martin Scorsese, he might have added celluloid to his list. In a 2013 lecture, Scorsese made a pitch for film preservation that overlapped with much of what Nolan said four years later, although Scorsese’s contrast wasn’t with digital technology but with a much older modes of expression: musical compositions and the printed book.

“Just as we’ve learned to take pride in our poets and writers, in jazz and the blues, we need to take pride in our cinema, our great American art form,” Scorsese said then. “We need to say to ourselves that the moment has come when we have to treat every last moving image as reverently and respectfully as the oldest book in the Library of Congress.”

Scorsese, now in his 70s, has in recent years made some of the best films in a long career, but it’s nevertheless in the interest of film preservation to see a younger generation take up the cause. If that makes Nolan, age 47, the face of film preservation for the near future, that’s good news for those who value celluloid.

“Digital’s overwhelming superiority initially renders the analog alternative largely worthless, and devalues that analog technology significantly,” Sax writes. “But over time, that perception of value shifts. The honeymoon with a particular digital technology inevitably ends, and when it does, we are more readily able to judge its true merits and shortcomings. In many cases, an older analog tool or approach simply works better. Its inherent inefficiency grows coveted, its weakness becomes a renewed strength.”

With Nolan now leading the charge, that value shift is well underway. Having passed through the initial wave of enthusiasm for digital technology, we’re now ready to grapple with the downsides of digital—and it’s hard to think of a more persuasive explainer of digital’s drawbacks than the man whose most recent film, “Dunkirk,” was mostly shot in IMAX and projected in that special format in theaters around the country. It was a major event, publicized by its director as a film made to be seen in theaters, and audiences responded, pushing the film’s global box-office take over $500 million—a level that ensures we’ll be seeing more, not fewer, such special engagements in the future.

Celluloid may never become the dominant medium it once was, but as with other analog technologies that have experienced a revival in recent years, its eager embrace by a core audience shows that there’s a place for older forms of media—and that our digital future isn’t as bright as we once thought it might be. 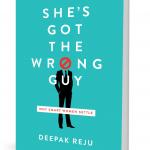