Denominations have fallen on hard times these days. Even as traditional Christianity is on the rise (and praise God for that!), it’s increasingly chic for these increasing numbers of traditionalist Christians to eschew identification with specific denominations. Whole churches which are part of major denominations downplay their own membership in those denominations for numerous reasons, not least of which often includes a distaste for the existence of denominations in the first place.

And yet, this modern sensibility overlooks the importance and usefulness of denominations, both now and in the past. Denominations have the practical benefits of helping churches work together for things like missions, higher education, and the general pursuit of holiness across congregations (each of these practical benefits has an obvious attendant theological benefit as well). What’s more, they are a useful way for Christians to exercise wisdom and discretion. Some denominations have notoriously let the moorings slip and no longer believe anything resembling Christianity. Others have remained faithful. Yet others are a jumble, and must be approached on a congregation-by-congregation basis.

This is why a book like Jason Allen’s The SBC and the 21st Century: Reflection, Renewal, & Recommittment is so encouraging. The Southern Baptist Convention has certainly had its trials, but even twenty years ago a book like this would have been difficult to imagine. Forty years ago finding enough theologically conservative people willing to publicly admit their conservatism would have been even harder. And yet, on the other side of the conservative resurgence Southern Baptists now have the opportunity to stop and reflect about what the future has in store for them.

So, if you’re a Southern Baptist, pick up this book and read it, and think well about what the future has in store. If you’re not a Southern Baptist, then this book might or might not be useful depending on the state of your denomination. Some denominations are quite good at this kind of introspection, and undoubtedly will look at a book like this and think ‘we do this all the time!’ Others denominations might just be taking steps in this direction. For these latter, this book might form a good model of the sorts of issues that require further meditation. (Southern Baptists can of course learn from the former.)

There is, however, on problem with this book that is almost unforgiveable. Not quite, but almost. Namely: for a book about Southern Baptists in the 21st century, robots are never mentioned once.

Otherwise, this book is worthwhile for those who are interested in the future of denominations.

Dr. Coyle Neal is co-host of the City of Man Podcast and an Assistant Professor of Political Science at Southwest Baptist University in Bolivar, MO, where he lives without robots. 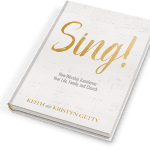 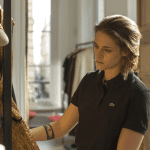 January 16, 2018 Christian's Top 20 Movies of 2017
Recent Comments
0 | Leave a Comment
"We may be entering into that scenario right now. As things fall apart, note that ..."
Barros Serrano The Lost Book
"A book and movie review blog on the Patheos portal, once upon a time called ..."
cneal Common Grace, 3.5
"What is schaeffer's ghost?"
Herrnhut Common Grace, 3.5
"These are good Christian books to read and I will surely add them to my ..."
Don Davies 18 Christian Books the Intellectually Curious ..."
Browse Our Archives
Related posts from Schaeffer's Ghost