“I think He does,” responds Lena, a scientist who, not surprisingly, offers a scientific rationale for her belief.

The film resolves that argument in favor of neither proposition—something that may frustrate both atheists and true believers in the audience, but that open-endedness makes for one of the most thoughtful science-fiction films since Garland’s earlier Ex Machina.

In the opening moments of the film, a meteor strikes earth, delivering something that will lead to experimentation, analysis, mutations and mistrust. The closing moments involve characters contemplating human identity. If that set-up and wrap-up sound familiar, that may be because they’re a close match to John Carpenter’s remake of The Thing, released more than 35 years ago. But Annihilation is more philosophical and open-ended, delivering a few genre thrills but concentrating on Big Questions about human identity.

Lena has been recently reunited with her husband, Kane. His fate had been uncertain for more than a year, during which time Lena—her hopes that Kane will return fading—had started and ended an affair with another man.

Upon his return, Kane cannot answer Lena’s questions about his absence—including where, exactly, he had been for the previous 12 months—so Lena goes in search of answers herself. A military veteran, she’s part of an all-female team that enters the Shimmer—an ever-expanding area growing out from the original meteor strike point. Others who have entered the Shimmer have perished; Kane is the only person known to have returned.

Though they may be on a suicide mission, Lena’s team members—each of whom is dealing with a loss in their own life—are willing to take the risk. As one team member says, “We’re all damaged goods here.”

I don’t want to reveal whether or not Lena finally makes it to the lighthouse, but I will say that the film’s payoff is mind-bending and visually extraordinary. I had no idea where the film was going during its climax—reason enough, with today’s calculated commercialism of mainstream films, to recommend Annihilation. But if you’re looking for a simple takeaway or an easy message from Annihilation, prepare to be disappointed. The film leaves you with questions, even though it’s less a puzzle to be solved than an inquiry on which to meditate.

Assuming you’re not angry at the story’s lack of resolution, you’ll be talking about Annihilation as you leave the theater, during the drive home and probably for a long time thereafter.

When was the last time you could say that about a big Hollywood blockbuster? 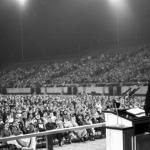 February 27, 2018 Theology, Ethics, and Doctrine Still Matter
Recent Comments
0 | Leave a Comment
Browse Our Archives
get the latest from
Schaeffer's Ghost
Sign up for our newsletter
POPULAR AT PATHEOS Entertainment
1 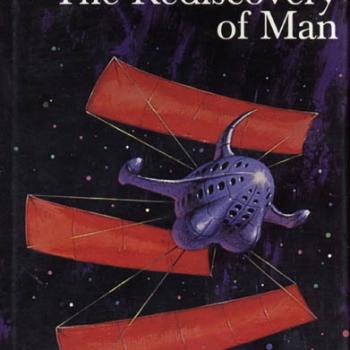