Comedy, Class Consciousness Make for a Potent Combination in ‘Blindspotting’

If you’re among the ever-diminishing number of viewers interested in summer movies that don’t have roman numerals at the end of their titles, Blindspotting, from first-time feature director Carlos Lopez Estrada, is worth seeking out. Bursting with life, this exuberant look at the friendship between a black man, Collin, and the white Miles (Daveed Diggs and Rafael Casal, respectively, who co-wrote the film’s screenplay), is surprising, infuriating and often very funny—a combination that feels remarkably refreshing.

Collin and Miles run a moving company in Oakland, Calif., driving a truck to and from jobs, and spending time together during their off hours. Throughout their day, the duo engages in easygoing banter (the two actors are longtime friends offscreen as well) that sparks with the lived-in comfort of the long-term relationship at its center.

The pair also share a worldview when it comes to the film’s comedic targets—chiefly “hipsters” and the changing, gentrifying Oakland. It’s no longer the city they grew up in, especially to Collin, who, as the film begins, is nearing the end of probation after having been in prison. The film’s central question is whether or not Collin can stay out of trouble until he clears probation, especially considering all the time he spends with the law-skirting Miles.

That tension is established early in a comic scene set in a mutual friend’s car. Sitting nervously in the back seat, Collin can’t easily get out of the car once Miles brandishes a gun, then another and another. We’re one careless mishap—or one suspicious-cop—away from Collin being sent back for a parole violation. And yet the scene is played for laughs, which it delivers in abundance even as the possibility of something going wrong is palpable.

Blindspotting lets a similar tension permeate the rest of its running time, especially once Collin witnesses a police officer shoot a fleeing black man. It’s never clear that Collin will escape a follow-up visit from the police, or that a crisis of conscience won’t lead him to tell authorities that he witnessed the incident—at the risk he’ll be implicated somehow and end up back behind bars.

The weightiness of such material could be smothering, but Diggs and Casal’s Blindspotting script is loaded with laughs. Casal’s tough white-boy persona feels natural, culminating in an indecipherable exchange of hip-hop lingo that simultaneously sends up and celebrates a specific form of communication viewers can laugh at without feeling politically incorrect. Other scenes—the friends pack up paintings by a pretentious artist (Wayne Knight) while he holds court; Miles tries to sell hair-care tools to a skeptical beauty-shop owner; an amusing but unsettling flashback to a violent incident in Collin’s past—feel like short skits designed to showcase one-scene comic performers. Such moments give the film an episodic quality and interrupt the story’s narrative flow, but the laughs they generate are welcome relief from the somber realities that affect the daily lives of Collin and Miles.

One thing that doesn’t appear to affect their daily existence is faith. The characters struggle through life without resorting to prayer or faith, their desperation fed by a sense of hopelessness they manage to keep mostly at bay.

The resolution of Collin’s parole situation feels more like manufactured drama than genuine relief for the character, but hopefulness is something in which Blindspotting doesn’t traffic. That may be by design— the film seems to be saying that the best we can hope for Collin is that the worst not befall him—but I’m not sure the lingering sense of sadness I felt at the movie’s conclusion is entirely intentional.

However, that, in part, is the nature of high-wire acts. Once you tip too far to one side or the other, it’s hard to regain your balance. Blindspotting leaves us teetering, wondering what will befall these characters once our laughter has died down. 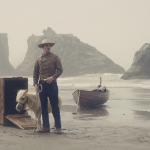 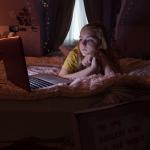 July 20, 2018 Moments of Resonance Don’t Amount to Much in ‘Eighth Grade’
Recent Comments
0 | Leave a Comment
"I think it's much better thining in Simba as been yourself than been Christ. I ..."
Matheus Vinícius Ferreira The Lion King: Disney’s Almost Christian ..."
"That'll teach those dead babies and orphaned children who's boss."
Emily Carter John Piper and the Coronavirus
"The elect have nothing to worry about. They were saved from before the foundations of ..."
OldArmy John Piper and the Coronavirus
"I don't have a home church at this time because I moved recently, but my ..."
Rod Saunders Confronting the American Gospel
Browse Our Archives
get the latest from
Schaeffer's Ghost
Sign up for our newsletter
POPULAR AT PATHEOS Entertainment
1