Moments of Resonance Don’t Amount to Much in ‘Eighth Grade’

Moments of Resonance Don’t Amount to Much in ‘Eighth Grade’ July 20, 2018 Coyle Neal

You’ve probably heard about Eighth Grade, the debut film from YouTube star Bo Burnham. Buzzed about since it debuted at this year’s Sundance film festival, the movie seems to have struck a chord with viewers who remember the perils of middle school. Many have gushed with praise not only for Burnham’s script and direction, but for Elsie Fisher’s breakout performance as Kayla, the film’s about-to-graduate-eighth-grade protagonist. It’s timely in its exploration of social media. It’s effective in dredging up mortifying memories of middle school. But does it amount to anything more than that?

Always on her phone, Kayla’s self-perception is shaped largely by what she sees online. She records and posts videos featuring her ruminations on why “people suck” and other middle-school conundrums, always ending the videos with a boilerplate encouragement for viewers to follow her on YouTube.

When not on her device, Kayla leads an awkward, lonely existence that belies her wisdom-spreading online persona. Raised as an only child by her father (Josh Hamilton)—her mother’s absence in her life isn’t explained until late in the story—Kayla attempts to find her way forward using cues she picks up online and at school.

Things aren’t going too well in that department. Kayla’s halting attempts to befriend the boy (Luke Prael) on whom she has a crush don’t appear to be paying off. At a birthday party where she’s unwanted (the birthday girl’s mom insisted that her daughter invite Kayla), Kayla’s gift is poorly received. And a night out with older teens who may or may not be interested in being friends with Kayla ends in a terribly uncomfortable fashion.

Kayla’s junior-high awkwardness is sure to stir squirm-inducing memories for many viewers who suffered through their own middle-school years. But I found myself squirming for a different reason early and often in Eighth Grade. The videos Kayla posts are honest and revealing, but they’re also very much in the voice of an eighth grader—with lots of “likes” and meandering stretches of verbal diarrhea. Some may find that endearing, but for this parent of 15- and 14-year-old girls, it grew quickly tiresome. Sure, the monologues sound authentic. Meaningful? Not particularly. Nor does the film’s piling of incident upon incident lead to much narrative momentum. Scenes feel stitched together at times by nothing more than soundtrack music that swells suddenly and disappears just as quickly.

Once it becomes apparent that the film’s individual scenes aren’t amounting to much, Eighth Grade starts to drag. Still to come is a remarkably uncomfortable scene between Kayla and a boy in the back seat of a car—the audience gasped when they sensed the dark turn the film was taking—as well as talk of oral sex and Kayla’s online exploration of the topic. (Tip: Don’t take the kids to Eighth Grade.) More moving is a long conversation between Kayla and her father, during which he explains the depths of his love for his daughter. That conversation alone was almost enough to turn me around on the film, but the moment came too late, as did a delightful scene of Kayla sharing a meal of chicken nuggets and fries with a chatty young man (Jake Ryan) overly eager to impress her.

On my way out of the theater, an audience member, hearing a less-than-glowing remark from me to a friend who’d attended the film, asked me, with astonishment, “You didn’t like it?”

“I didn’t hate it,” I told him, readying myself to be a lone Voice of Opposition to a film that generated audience laughter in all the right places during our shared screening.

A woman standing nearby came to my rescue. “I didn’t really like it either,” she said aloud.

We exited the theater as a group, chatting about “Eighth Grade,” and comparing the film both favorably and unfavorably to other films we’d seen. It’s always a good sign that even though a film didn’t live up to my expectations, it could still stimulate spirited discussion among movie lovers. 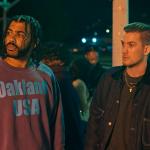 July 18, 2018
Comedy, Class Consciousness Make for a Potent Combination in ‘Blindspotting’
Next Post 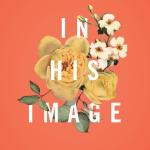 July 24, 2018 "In His Image" answers the questions you should be asking
Recent Comments
0 | Leave a Comment
Browse Our Archives
Follow Us!