The Romans may have done a lot for us, but what about the Byzantines?

Averil Cameron’s Byzantine Christianity: A Very Brief History is a, well, brief history of about a thousand years of the Christian past. Which is to say that the book is brief, but the period of time it covers is not.

No doubt some Christians have a vague idea of what a “Byzantine” is, if only from a half-remembered World Civ class. No doubt most Americans, if they are familiar with the term at all, know it from it’s political usage implying a needlessly elaborate or complicated bureaucratic structure or process, wherein the citizen is lost and the bureaucracy alone benefits from its own labyrinthine pathways.

This little book is Averil Cameron’s attempt to untwist those pathways from the Eastern Church between roughly 300AD and 1453AD. The first two thirds of the book bounces across the high points of Byzantine political and religious history, while the last third gives a survey of the… flavor? I guess? of what has defined Byzantine Christianity and what it contributes to the modern world.

Byzantine Christianity is well enough written and certainly hits many of the most important events and ideas. But it is severely limited by its restricted size and scope. The history of the Roman Empire in the East after the reign of Constantine is neither simple nor clear. Once the Western Empire has collapsed, things get even more muddled and… Byzantine… over the next millennium. Compressing the events of that time period into ~80 pages is probably too ambitious a project, and I think the book suffers as a result of it. Instead of presenting us with a coherent and accessible narrative, Byzantine Christianity at times reads more like lectures notes and less like a history. Readers already familiar with the material will get a useful refresher. To that extent, this book is helpful and worthwhile. But if you’ve never dipped your toes into Byzantine history, this book is too spartan (heh) to be the right place to begin.

The exploration of Byzantine theology presents different challenges, some of which will be unique to Protestants and some of which are a result of the material. In terms of the latter, the historical setting of the first two-thirds of the book doesn’t really provide a solid backdrop for the “legacy” section, which attempts to give an overall picture of the flavor of Eastern Orthodoxy. Which makes sense. The history section breaks off shortly after 1453, but the Eastern Orthodox Church continues to evolve. Theology developed in the crucible of the Arian controversy or the struggle for power between the Emperor and the Patriarch or the ongoing assault of Islam will have a different emphasis than theology lived, say, in the wake of the collapse of communism. Which isn’t to say that there’s no connection between these times or direct influence of earlier times on later times. It is just to say that forty pages isn’t really enough to do justice to all the required nuance here.

In terms of reading this book as a Protestant, it’s even more of challenge to see just where we ought to land on the Eastern Orthodox question—though again we can sympathize with the difficulties of this book. The rough equivalent here would be if someone were to write a short history of the religious wars of the 1600’s and then try to explain modern Protestant theology using that time as a springboard, all in less than 120 pages. No doubt there’s much we could learn from such an approach, but it would be a difficult task for the writer and a challenge for the reader in the best of circumstances.

Add to that the theological differences between Eastern Orthodoxy and Protestantism, and you can see why I’m a bit hesitant to fully endorse this book as anything other than a brief refresher. Eastern Orthodoxy did not have a Reformation, so their theology is still flavored with all the strengths and weaknesses of Rome pre-1500 (though as affected by a slightly different starting point and five centuries of development). But having never had a Reformation, it also never had a counter-Reformation, so there has been no solidification of a rejection of the Gospel in infallible doctrine by a Pope or Council. Which means that there are Eastern Orthodoxy theologians and churches who do things like embrace the Gospel and reject the worship of images and so on. Not many, but some.

All this to say that Byzantine Christianity is best used as a chance to review material learned in the past, rather than as a place to dive into the history and teaching of Eastern Orthodoxy. For that, you’ll be better served by Timothy Ware’s The Orthodox Way. 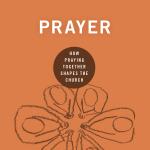 October 2, 2018
Praying rightly is hard, but it will change your life and the life of your church
Next Post 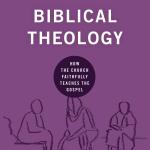 October 9, 2018 How the Church should stand on the story of the Bible
Recent Comments
0 | Leave a Comment
Browse Our Archives
Follow Us!