In “The Outsider” King wins again

Any (both?) long-time readers of Schaeffer’s Ghost will know that I am a fan of Stephen King. His recent book The Outsider is no exception to that rule, despite my initial hesitation based on the title. Like all Americans who were in Middle School before the renaissance of Young Adult literature was kicked off by Harry Potter, I was subjected to a story about how Ponyboy has to stay gold or something. As in the past, I should have trusted Stephen King and known that we were going to get an homage to Lovecraft more than anything else.

Instead of a book about teenage socio-economic angst, The Outsider is about a gruesome murder in a small town in Oklahoma. What appears to be an open-and-shut case with solid forensic evidence and multiple eye-witnesses quickly devolves into a train-wreck of an investigation when the lead suspect reveals that he was at a conference across the state during the time of the crime–for which he also provides solid forensic evidence and multiple eye-witnesses. [Spoilers from here on out] The more traditional investigative methods are employed, the more Detective Ralph Anderson finds contradictions, mysteries, and outright impossibilities. Unless, that is, there is someone else out there with the accused’s fingerprints, face, and DNA.

Enter PI Holly Gibney, who argues that something supernatural is going on. An “Outsider” has impersonated the accused, committed the crime, and is moving on to impersonate someone else.

As with many of King’s books, there is a twofold tension. Heck, maybe even a threefold tension. First and second are the straightforward tensions of the genres involved. Will the detective solve the mystery? Will the heroes survive the horror story? Third, and common to King’s writings, is the question of whether the heroes can reconcile themselves to the existence of and threat from the reality of another world. Which is yet another reason Christians ought to be interested in this book. In addition to being a great read, it challenges us to think carefully about whether or not we believe there is more to life that the observable natural world. As Christians we argue (hopefully persuasively) that there is a higher reality that affects our lives, and that closing our eyes to that reality is both irresponsible and contrary to the evidence that stares us in the face.

Of course, we believe this higher reality is not just dark and grim and out to get us (though we do believe that hell is a part of it). But still this book is a fascinating reflection on how much we want to cling to the idea that there is nothing beyond the here-and-now. Our whole lives are built around that principle, and when something comes along and disturbs it then, well, it must be a trick or a lie. Otherwise, everything we believe has to fall apart and we have to reconfigure ourselves in light of something bigger than us that we cannot master.

So go read this book, it’s well worth your time! 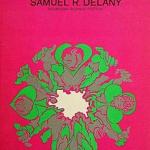 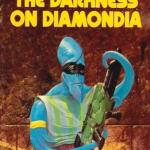 January 18, 2019 Identity Politics Ahead of its Time
Recent Comments
0 | Leave a Comment
Browse Our Archives
Follow Us!