Science fiction in the 1960s was starting to get weird. Not quite 70s/surrealists/Philip K. Dick weird, but weird enough. Still, there was enough of the rollicking space adventure spirit of the 1950s left to let books like Nova by Samuel R. Delany remain a delight for modern readers, despite being published just over fifty years ago (1968).

In this book, we follow three characters in their pursuit of Illyrion—the element that falls somewhere in the 300s on the periodic table and which powers everything worth running (including the interstellar economy). Mouse is the poor Gypsy musician, only reluctantly a part of the technological modern world which intentionally plugs people into machines and which massacred his people for their refusal to conform to modern society. Katin is the upper middle class student, too smart for his own good and always getting ready to write his novel (an archaic form of art now functionally dead) but never quite getting started. Lorq Von Ray is the aristocrat, one of the three most influential and powerful people in the galaxy and sole defender of the Pleiades against the interests of the Draconis system and old Earth. These three individuals are racing against the Red family for the future of the galaxy.

As with most good science fiction, there are any number of interesting things here for Christians to think about. For example:

“You’ve got some odd ideas, Mouse–admitted, they’re fascinating. if somebody had told me I’d be working in the same crew, today in the thirty-first century, with somebody who could honestly be skeptical about the Tarot, I don’t think I would have believed it… A very romantic notion. I cotton to it myself: the idea that all those symbols, filtered down through five thousand years of mythology, are basically meaningless and have no bearing on man’s mind and actions, strikes a little bell of nihilism ringing. Unfortunately I know too much about these symbols to go along with it.” (110-111)

Obviously as a Christian I don’t think much of Tarot (or any other pagan nonsense out there). But the idea that what we believe is “superstitious” changes over time is an interesting one. The prejudices of the present are not necessarily universal, and it’s decidedly arrogant to be confident that we have it all figured out and that what we know now will be true for all time. Heck, given the pace of the modern world, no one should hang their hat too tightly on any given passion of the moment. (Do remember that just six short years ago Barack Obama and Hillary Clinton opposed gay marriage.) This isn’t to say there are no lasting truths–again, as a Christian it’s pretty clear that I think there are things that are true at all times and all places. One aspect of wisdom is being able to tell the difference between the lasting truths and the passing fads of the moment. The books of Proverbs and Ecclesiastes are especially good tools for Christians here. Nova, in turn, provides some useful fodder for practicing this exercise of wisdom. It’s also a fun story, which is an added benefit. 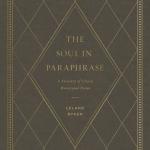 January 8, 2019
Review of Ryken's "The Soul in Paraphrase"
Next Post 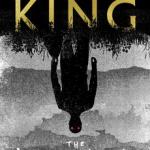