America and Americans, like all other nations and peoples, will have a lot answer for on judgment day. Among our many, many national sins will be included the creation and embrace of the “American Gospel.”
That particular phrase has had numerous definitions given to it. (I’m partial to Harold Bloom’s, though I don’t recommend trying to read his book–it’s a massive slog.) In the documentary American Gospel: Christ Alone by Brandon Kimber, the phrase is referring specifically to the wide-ranging set of beliefs coming out of late 20th and early 21st century America known as the prosperity gospel.

As a documentary, the film is pretty straightforward. The first fifteen minutes or so outline the historic Christian Gospel. The presentation is clear–far more so than most Evangelicals will hear in church on an average Sunday morning. That we are saved not by our works, but by faith alone in the substitutionary atonement of Christ alone through God’s grace alone is explained in such a way that no viewer will be able to walk away without excuse. (If that happened every week in church services, documentaries like this would be much less necessary.) Along the way, we get a brief survey of Roman Catholicism as defined by the Council of Trent (more on this below). Once the overview of the Gospel is complete, the rest of the film explores the prosperity gospel as filtered through four preachers of that religion: Benny Hinn, Joel Osteen, Kenneth Copeland, and Todd White. (Others are mentioned in passing, but these four receive the most attention.) We also meet people who had believed the prosperity gospel but have since repented and now believe in Christ for their salvation. Through physical and financial difficulties, family crises, and numerous other challenges these individuals have moved from the empty promises of worldly success to the joy of union with God through Christ.

Overall, this film is excellent and you should take time to watch it carefully. I was especially interested to learn that there actually is a bit of theology behind some of what the prosperity gospellers preach. It’s heretical theology, to be sure, but it’s occasionally more complicated than a mere “believe hard=get rich.” I was also a bit surprised by some of the overlap with Pentecostal beliefs (though of course Pentecostals are not heretics per se). I suppose it makes sense, on reflection, it was just a connection I’d not thought of before. Again, I think this is a worthwhile film and helpful at teasing out some of these ideas.

A couple of quibbles/provisos/etc:
1) I’m not familiar with most of the people called out in this film. I mean, sure I’ve heard of Joel Osteen and Benny Hinn and such, but I’ve never listened to one of their sermons or read one of their books. And while much of what is said in American Gospel  lines up with the impression I’ve got of these guys, my impression is very much an uninformed one (at least in any direct sense). Still, I assume that the clips of their ministries included are reasonable representations of what they teach. The one exception is Steven Furtick, whose book Crashing the Chatterbox I have read (and reviewed here). From what I remember of the book (and again from my loose impressions of his ministry), he’s not so much a prosperity gospel preacher as he is a fuzzier-than-usual Evangelical. Maybe he’s changed since the book came out, and maybe I’m being too generous, but being unclear about the Gospel or unwise in your presentation of it does not automatically move someone into the ‘prosperity gospel’ camp (at least, a lot of Evangelicalism had better hope it doesn’t, otherwise we’re all in trouble).

2) Again, I don’t really keep up with the prosperity gospel crowd (see above), but I suspect this film might be a decade or so too late. That is, I do wonder whether or not the recession of a few years back has cut into the success of the prosperity gospel guys and gals. It’s one thing to preach financial success when everyone is doing okay. It’s another thing to preach it when the economy is in the tank and unemployment is on the rise.
Of course, even if true this doesn’t negate the fact that we’ve exported this false gospel around the world. So even if it is falling on hard times here (and again, it may not be–I don’t follow these preachers) it may be blossoming in the developing world.

3) The film goes into a short definition of/response to Roman Catholicism early in the film. I understand why they did that, and they do tie it back in, but I think that was unnecessary given the overall nature of the movie. And I think this is worth a minute or two in this review. Yes, the Council of Trent is an explicitly anti-Gospel document, with its rejection of sola fides, sola scriptura, and the rest. And yes there are certainly Roman Catholics who hold exclusively to the Council of Trent today (though not many). But, a) those Roman Catholics aren’t having any of the prosperity gospel either. It’s just a different heresy all around. b) Where there’s a Council of Trent, there’s also a Vatican II. Again, Vatican II is a different heresy that has to be accounted for, more akin to a Roman Catholic version of theological liberalism/the social gospel. This is where the film (rightly) points out that Roman Catholicism is quite happy to overlap with the prosperity gospel. Where the prosperity gospelers care primarily about their own advancement in this life, Vatican II gives Rome the flexibility to be unconcerned with the specific aspects of the prosperity gospel’s heretical theology, so long as there is the potential for them eventually to accept the authority of the magesterium and the blasphemous idolatry of the ‘real presence’ in the Eucharist (the two fundamental components of Roman Catholicism). So it’s not as if there is no connection between Roman Catholicism and the prosperity gospel, it’s just that it’s a very tangential one (other than the surface connection of wanting to add some kind of work to faith for salvation).

These quibbles aside, again the film is excellent and worth your time.

Also, there is apparently a sequel coming. It is not, unfortunately, titled Canadian Gospel. Alas…

Dr. Coyle Neal is co-host of the City of Man Podcast and an Assistant Professor of Political Science at Southwest Baptist University in Bolivar, MO22 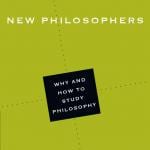 February 19, 2019
An excellent little book for new philosophers
Next Post 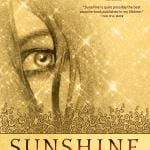 February 26, 2019 Before Twilight, the sun shone brightly and without sparkles
Recent Comments
0 | Leave a Comment
Browse Our Archives
Related posts from Schaeffer's Ghost