Before Twilight, the sun shone brightly and without sparkles

Once upon a time, before 20% of the living American population was born, vampires burst into flame rather than into sparkles when exposed to sunlight. Then, in 2005, vampires were reborn as empty vessels best filled by mostly-chaste teenage girl fantasies. There’s probably not much point in spilling any more ink over whether or not Twilight is worthwhile, especially when there are still high quality vampire stories in the tradition of Dracula to be read. One of these is Robin McKinley’s excellent book Sunshine.

This book follows the lead character, appropriate nicknamed Sunshine, through the slow and comfortable world of a baker. For the first few pages, we learn about all that goes along with being a baker in a small shop trying to make it in a economically depressed part of the city. And just when we’re ready to set the book aside, because however good a writer someone is I only want to read so much about baking, the monsters show up. Or at least they get mentioned. And before we know it Sunshine is chained to a wall in a room with a hungry vampire. Will sunshine come through the window in time to save Sunshine? (See what they did there?) If she escapes [spoiler: she does] will the creatures who chained her there leave her alone? Or will she be swept up into the vast war of humans against monsters? [Spoiler: they won’t.]

And that’s a gloss of the first few chapters of the book. It really is a complicated and interesting read, and definitely worthwhile. What’s more, Twilight [ugh] really is the right point of comparison. Like Meyer’s teen angst that is so easy to despise, Sunshine also plays with the vampire mythos and goes in different directions. Yes, vampires are still Stoker’s evil creatures bent on eating or turning people. But one vampire–Constantine–is different (we’re not told why). He becomes an ally and helps save Sunshine even as she helps to save him. Or something, it’s a little vague at times. In any case, there is a parallel with Twilight (heck, even with Buffy) in the breaking of the type for at least one character.

And as much as I like to rag on 21st century vampire silliness, there is something to be said for having a redeemable evil character from a Christian perspective. After all, we were monsters, bent on destruction and bringing all things into our evil orbits until someone good reached out to save us. The redeemable vampire isn’t (or doesn’t have to be) utterly beyond the pale. With that said, I’m always going to be a bit suspicious. It’s one thing to redeem a monster. It’s another thing to say that it was never really bad in the first place (just misunderstood/sad/brooding). Fortunately, Sunshine doesn’t even come close to making that kind of mistake. By and large evil is evil whether it’s internal or external, and is always something to be fought against. And so I am happy to recommend this book as an excellent read and a worthy descendant to Stoker’s masterpiece. 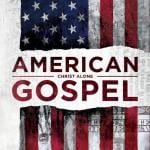 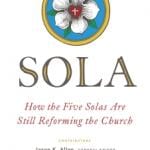 March 1, 2019 The kind of Reformation we still need
Recent Comments
0 | Leave a Comment
Browse Our Archives
Follow Us!