While I am a professional Political Scientist, I’ve never been much of a fan of economics. Frankly, I find it boring. And yet, it is still a very important field that Christians ought to spend at least some time thinking about. To that end, I’m going to recommend two books that I’ve found to be good starting places for the subject.

Two theological caveats: first, as a Christian you should beware of the pure form of any kind of economic system. For example: the pure form of libertarianism. Any system that would tell you to loosen all restraints in the name of maximizing individual freedom is a system which ultimately doesn’t believe in original sin. And so as Christians we have to reject it. At the same time, we should avoid the pure forms of socialism or communism. Just as we reject the idea that human beings are inherently good and should be free to act however they like, so we should reject the idea that perfect political or economic systems can achieved in this world prior to the return of Christ.

With that said, of course some economic ideas are better or closer to the truth that others, and to say we can’t have perfection here isn’t the same thing as saying that we should take no action at all. To that end, I recommend two books as places to start thinking about economics:

Economics in One Lesson by Henry Hazlitt is a classic of what we might call moderate-libertarian economic thought. That is, he is a libertarian, but he recognizes that there are legitimate places for a government to be involved in the economy. Hazlitt’s writing style is smooth and conversational, and he has a way of breaking down complicated economic ideas into bits that are understandable by the layman. Even better, he is gracious and generous and never attributes bad motivations to those with whom he disagrees. He admits that those who would use the state to partially plan the economy do so out of charity and generosity, however poor their mathematical reasoning may otherwise be. This really is a great book, though again I do not recommend taking all of its suggestions.

A Humane Economy by Wilhelm Ropke is less-well known than Hazlitt’s classic, but in some ways it is all the more important for that. Ropke writes as someone who knows the weeds of real-world experience, not least because he was one of the key architects of the rebuilding of West Germany after World War II. Ropke reminds us that when we are making economic decisions, we need to remember that we are social beings working in a social setting that has values that are more important at the end of the day than material prosperity or even a balanced budget. Which doesn’t mean that we intentionally make bad economic decisions, just that we ought to carefully put economics to work in pursuit of those higher goals.

Hopefully for those of you who, like me, don’t particularly care to read about economic theory these books provide you a good place to start. 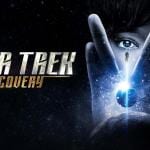 March 22, 2019 What's Wrong with "Star Trek: Discovery"
Recent Comments
0 | Leave a Comment
"https://uploads.disquscdn.c..."
Robert Conner Best books of 2019
"I AGREE WITH WHAT YOU SAID ABOUT STEVEN FURTICK HE DEFINITELY SHOULD NOT HAVE BEEN ..."
Anne Confronting the American Gospel
"Speaking as a 'heretic' I am of the opinion that the only thing theology has ..."
klatu Augustine on the usefulness of Heretics
"It's certainly true that we'll never fully comprehend the mind of God. He is infinite ..."
cneal Augustine on the usefulness of Heretics
Browse Our Archives
Follow Us!