The newest iteration of Star Trek, somewhat appropriately named Discovery is in its second season now, with plans for a third and at least two further (mini) series in the works. It’s worth taking a minute before the next two series come out and setting Discovery side-by-side with its predecessors. Obviously there is far too much material here to do a comparison of every episode with every other episode. After all, with four seasons of Enterprise, five of the original series (three live-action, two animated), seven each of The Next Generation, Deep Space Nine, and Voyager, and thirteen feature films, we’re talking about hundreds of hours of plot, character, theme, etc. There are going to be all sorts of outliers and exceptions to any grand, sweeping statements we can make.

And yet, through all of the films and movies up until Discovery, Star Trek remained a show of unflinching optimism about human nature and our potential for the future. Gene Roddenberry’s cheery and positive view about the direction mankind was moving is both the great strength and great weakness of the series. Technology would bring about a materialist utopia in which everyone has enough to eat and has the means by which to pursue their dreams. There are still conflicts and accidents and bad people, but by and large these are mostly external to the internal harmony of the Federation. (Again, with important exceptions.)

The strength here is the same as that of any utopian vision. It is going to give us a picture (however skewed) of what we should be. The vision of a restored Eden, even in a secular form, even one set on a spaceship, is going to present us with an ideal that we can never achieve, but which the part of our created nature which was made to bear the imago Dei knows to have once been possible. Star Trek give us a vision that, in my opinion, is one of the most interesting and convicting that we’ve seen come from American culture.

The weakness is the assumption that this vision can be accomplished by human effort in this world. The opportunity for such an accomplishment was in reality lost in the Garden, and the fact that we keep trying to recreate it here on earth (or, you know, in space) shows just how far we’ve fallen.

I think that everything I’ve said so far could, in broad strokes, apply to all of the previous Star Trek iterations. But now we have Discovery.

Discovery as a part of the Star Trek franchise keeps the weaknesses but loses the strengths of Roddenberry’s original vision. In its dark and gritty re-imagining, the “utopia” has vanished and been replaced by mere technology and grim fanaticism. And frankly, no amount of soliloquizing on the part of morally compromised characters can bring it back without a major revision of the tone, plot, and established characters of the series. No longer do we have an un-achievable ideal to remind us of what we’ve lost and cannot have back this side of the eschaton. For all the flaws of the pre-Discovery canon, it is a shame to have lost one of its most charming and redeeming aspects.

With all that said, I do have point out at least one thing that Star Trek: Discovery gets right. It incorporates the horror genre in ways that earlier series (“serieses”?) only flirted with. Space is inherently frightening. To quote Leslie Jones, “it’s cold and scary up there. Space is where the Predator comes from!” This is something which pre-Discovery Star Trek didn’t always make the best use of. With certain episodic exceptions, the earlier shows could have mined the potential of the horror genre in unique ways. (Just what does it look like when a utopian society meets unnameable horrors from the depths of space?) Discovery does tap into this potential, and occasionally does so in interesting ways. Unfortunately, I suspect this is less the result of intentional scripting and more the unintended consequence of the new, darker, tone.

So here’s hoping that the other series slated to be released will recapture some of the optimism of the original works. Without it, we’re left with fallen characters in a fallen world who are unaware of themselves or their own situation. Which is I suppose ironically a better picture of the real world than the creators of the show intended. 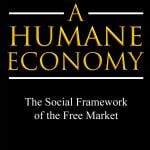 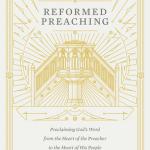 March 26, 2019 Preaching as it has been and as it should be
Recent Comments
0 | Leave a Comment
"I am aware of those kinds of discussions and statements (and even of the fact ..."
cneal Confronting the American Gospel
"No disagreement here!"
cneal Common Grace, 2.7
"No--Christians should be institutional because the church is an institution (it is more than that, ..."
cneal Christian Institutions in the 20th Century
"Good points! I love Will's columns too (he's especially been on fire for the last ..."
cneal George Will’s Mixed Sensibility
Browse Our Archives
get the latest from
Schaeffer's Ghost
Sign up for our newsletter
POPULAR AT PATHEOS Entertainment
1