Science Fiction for the Thoughtful Christian

With rare exceptions like Walter Miller’s Canticle for Leibowitz, the top tier of the genre of science fiction has largely been the realm of progressive secular humanists, rather than of pious believers. And while many of these secular humanistic authors are thoughtful enough to be troubled by their own downplaying of religion from its place of historical importance, even those who deal with explicitly religious themes (as with the ur-sci-fi novel Dune) are generally content to write off religion as at best useful and at worst atavastic. Which makes coming to a writer like Cordwainer Smith a breath of fresh air for those who think that religion has more to offer than service as a boogeyman or an opiate of the people.

Obviously “Cordwainer Smith” is a pseudonym, and it’s one well-deserved given the real life of Paul Myron Anthony Linebarger. Co-founder of the CIA, author of (literally) the book on psychological warfare, Professor of Political Science at Johns Hopkins University, and god-child of Sun Yat Sen, Linebarger’s life story would make an excellent movie. And yet, he is largely remembered for his anonymously published collected of (mostly short) science fiction stories, helpfully gathered together in two affordable volumes: The Rediscovery of Man (his short fiction) and Norstrilla (his novel). I cannot recommended these sets enough.

With more than thirty short stories and one novel, there is far too much in these books to manage in one review (or even two, as we’ve reviewed a shorter collection of Smith’s here, which is now unfortunately out of print). But what we see across the arc of his stories, which do for the most part form a coherent–albeit incomplete–narrative, is the emptiness of human existence in the midst of material superabundance without true religion. While Smith never explicitly names “Christianity” as the “true religion” (it is referred to as “the Old Strong religion,” and identified with the sign of the cross or the fish, depending on circumstances), what becomes clear as the stories unfold is that true fulfillment requires the understanding that we’re all made to live lives of virtue in accord with a perfect standard, that we’ve all failed to live those lives, and that we need someone outside of us to save us through substitutionary atonement.

A key part of the narrative arc (without giving too many spoilers) reveals that where mankind has forgotten these truths in chemically and telepathically induced contentment provided by the government of man, man’s creations step up and remind us of these core truths. The underpeople (animals genetically expanded to reflect man’s image, thus making it all the more ironic that man has forgotten that he too was made in an Image) and the robots, through their words and action, remind humanity that life is more than mere material existence, even if it is a prosperous and perfectly healthy one. In a time when our material prosperity appears to be slipping away, now more than ever we need the reminder that there are more important things in life.

In other words, Cordwainer Smith’s messages have aged particularly well, and need to be read today. 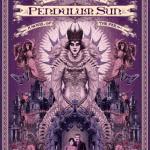 March 29, 2019
An old-school fairy tale that jars with the modern world
Next Post 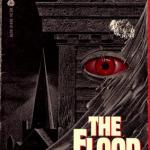