In the wake of the 2016 election, I had hoped that Evangelicals (and all other Americans, for that matter) would do a bit of soul searching about the way we have been engaging with politics in the last fifty years. Having voted in large (but not completely unnuanced) numbers for the single most immoral individual to hold the office in the last hundred years, it wouldn’t be unreasonable to assume that we ought to take a step back and really look at just what kinds of assumptions we’re making about politics.

We see a pretty solid example of this kind of retrenchment in David Frum’s 2018 book Trumpocracy: The Corruption of the American Republic. Frum is a conservative Republican with impeccable credentials: he was a speechwriter for George W. Bush, an adviser on Rudy Giuliani’s Presidential campaign, writer for National Review, and a fellow at the American Enterprise Institute (one of the major conservative think tanks in DC), among other things. So his criticism of a Republican President surely means something.

And yet, Trumpocracy doesn’t really give us anything new. Frum was an establishment Republican (whatever that means) before Trump came along, and he continues to be one now. Frum notes (correctly, for what it’s worth) that one of the major impacts of the Trump administration on the Presidency has been the undermining of established norms and practices. Taboos that previous presidents wouldn’t dream of breaking are bulldozed to make way for Trump’s ego, laziness, and all manner of other vices.

To be fair, Frum does call for some, limited, soul-searching on the part of the two parties in response to the Trump presidency. Republicans, he argues, ought to pay more attention to the general consensus that Americans want some kind of government-involved healthcare. Democrats, he argues, ought to pay more attention to the American people’s general conservatism on major issues like free speech and freedom of religion. Both parties ought to pay attention to the plight of the poor and the needs of those who are usually overlooked by those in power (even when those in power come from the ranks of the poor, as did Bill Clinton).

I certainly have thoughts on all of this as a political scientist, and as a citizen of the Republic. But that’s not the point of this blog, the point of this blog is how should we think about this issue as Christians? That is a more complicated and nuanced question that requires more space than a blog post can provide. But I can say that Frum’s book, despite being one of many such fleeting politics books as are usually not worth investing in (I used to read this sort of thing left and right, until I realized that these kinds of books were only valuable for a few months before they were out of date and I had to either buy a new one or be behind the times, from which point it was philosophy and history most of the way down), again, despite how grounded in a particular place and time this book is, it is a challenging reflection on just what it means to support or oppose Trump.

And that is something every Evangelical should think long and hard about. I certainly appreciate some of the things he has done and some of the people he has put in positions of authority (including a few friends!), but I also very much do not appreciate some of his language, the way he treats people, or his utter ignorance of how government works.

The problem is, trying to balance those competing impulses out is just waging a war between two already-established approaches. Will I side with the Moral Majority attitudes of the 1980s and 1990s, that claims to value personal morality over policy? Or will I side with numerous Evangelical leaders today who assure us we are supporting a President, not a pastor? (Or should we just point out that the two are often the same people?) Balancing moral standards against pragmatism won’t actually help us out. What we need is a true re-evaluation of our perspective of the relationship between the City of God and the city of man, a careful reflection on the role of politics in the life of the church and of the individual. Only then will we have solid ground from which to judge the current situation.

The good news is, such reflection is happening. It’s happening slowly, and in fits and starts. But it is going on and will (Lord willing) gain depth and traction–let’s not care about speed–over time.  Writers like Jonathan Leeman and Alan Noble are blazing new trails not with new theology (which would be heresy, so let’s join them in avoiding that), but with Biblical ideas about the church and the culture rethought and reimagined in the 21st century.

Trumpocracy won’t help you blaze any such new trails, but it will at least encourage you to think about where we’re at now and just what has gone wrong with it. 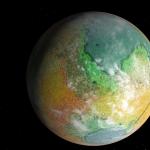 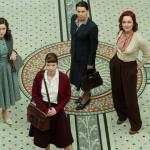 May 24, 2019 The Bored Housewives' Detective Agency
Recent Comments
0 | Leave a Comment
Browse Our Archives
get the latest from
Schaeffer's Ghost
Sign up for our newsletter
POPULAR AT PATHEOS Entertainment
1