For various personal reasons, the Neal household has recently been subject to the BBC. Specifically, we’ve been watching through Season 1 of The Bletchley Circle. Don’t get me wrong, I can stand BBC on occasion. Sherlock was worthwhile, and I tolerated a bit of Downton Abbey. But in general I prefer explosions, zombies, or aliens bent on wiping out half the universe just because they can.

Still, The Bletchley Circle is interesting enough, I guess. The premise is that a group of female code-breakers during World War II after the war have gone into civilian life and have become bored with the lives of normal people. That’s an oversimplification, of course, but I think it’s still generally accurate. Then one of them begins to notice a pattern to a series of murders reported in the newspapers, and before you know it the former female code-breakers are solving crimes. (That is, they’re former code-breakers, not former females–the show isn’t that progressive.)

I suppose there’s a lot in the series that could be fair game for a review, but frankly that idea that this is a boring and unsatisfying life is the one that struck me first as being worthy of some extended reflection. This is after all a standard trope in Second Wave Feminism, especially as stated clearly and forcefully by Betty Friedan’s Feminine Mystique. What’s more, this is in some sense correct. The stereotypical life of the 1950’s housewife isn’t fulfilling, and ought not be fulfilling. We should look at everything this world offers us and be unsatisfied.

And for the record, I certainly don’t object to the things these women are wanting to do. If women want to be detectives or codebreakers or what-have-you, power to them. You know, assuming they’ve got the temperament and talent to do so (the same of course is true for men).

My objection is a twofold one, and is aimed at the nature of the original discontent. I think there are two specific things that need some attention here. First, the idea that we need adventure, excitement, and importance in the world in order to be happy is something I have trouble with. I tend far more in the direction of Tolkien here. It’s all well and good to go on a world-changing adventure to Mordor (and back, hopefully). But it’s far better to stay home and be content with a quiet life. In fact, such world-changing adventures really only ought to be undertaken in the first place to enable us to better sit at home on our porches drinking beer or coffee or whatever with a good book on a cool evening while our kids or grandkids play in the yard.

That is a difference of temperament, I think, rather than a difference that matters in a grander sense. What matters in the bigger sense is the fact that none of us are made to be content in this life at all. We all are made for peace with God, and should never be happy until the sin that separates us from Him has been dealt with. This can only come through Christ, not through a change of pace or a high-stakes adventure chasing down a serial killer.

So watch and enjoy your 1950s British soap operas if you must, but don’t forget that the apparent answers offered by the show don’t actually solve our biggest problems. 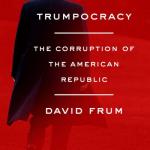 May 31, 2019 Augustine on the usefulness of Heretics
Recent Comments
0 | Leave a Comment
"I am aware of those kinds of discussions and statements (and even of the fact ..."
cneal Confronting the American Gospel
"No disagreement here!"
cneal Common Grace, 2.7
"No--Christians should be institutional because the church is an institution (it is more than that, ..."
cneal Christian Institutions in the 20th Century
"Good points! I love Will's columns too (he's especially been on fire for the last ..."
cneal George Will’s Mixed Sensibility
Browse Our Archives
get the latest from
Schaeffer's Ghost
Sign up for our newsletter
POPULAR AT PATHEOS Entertainment
1