IVP has been releasing the Reformation Commentary on Scripture. While it is expensive, it is also a fantastic series and churches seriously should consider a long-term budget to pick these up for their preachers. One thing this series has been missing, however, is a general introduction. This gap has been filled by the release of Gerald Bray’s excellent overview Doing Theology with the Reformers.

In fact, those might be the two weak points of the book (though they may be requirements of the Commentary series they are intended to serve as a prologue for). First, Bray is really only doing theology with the magisterial reformers. The Anabaptists do make the occasional appearance, but they are only mentioned in passing rather than being included as Reformers who were also doing theology in the 16th Century. I suspect there are at least two reasons for this exclusion: 1) some of the Anabaptists fell into heresy, in ways that the magisterial Reformers tended not to; 2) the Anabaptist Reformers, even the orthodox ones, were varied in their thought–so varied that their inclusion would have made this a far, far longer work.

A second potential weakness, Bray tends to end his chapters with a summary based on Cranmer and/or a text from the English Reformation. For example, in the chapter on Scripture, Bray ends his discussion of predestination with a quote from the Forty-Two Articles:

Predestination to life is the everlasting purpose of God, whereby before the foundations of the world were laid, he hath constantly decreed by his counsel secret to us, to deliver from curse and damnation those whom he hath chosen in Christ out of mankind, and to bring them by Christ to everlasting salvation, as vessels made to honour.” (131-132)

Even with these two weaknesses (which of course aren’t exactly witnesses–they’re perfectly reasonable things to do in a book about the Reformation), as usual Bray’s writing is clear, engaging, and rich. He packs more into a 260 page book than most people do into a decade’s worth of writing. Which means you should definitely read this book. 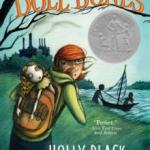 August 20, 2019 Announcement About "Common Grace" by Abraham Kuyper
Recent Comments
0 | Leave a Comment
"https://uploads.disquscdn.c..."
Robert Conner Best books of 2019
"I AGREE WITH WHAT YOU SAID ABOUT STEVEN FURTICK HE DEFINITELY SHOULD NOT HAVE BEEN ..."
Anne Confronting the American Gospel
"Speaking as a 'heretic' I am of the opinion that the only thing theology has ..."
klatu Augustine on the usefulness of Heretics
"It's certainly true that we'll never fully comprehend the mind of God. He is infinite ..."
cneal Augustine on the usefulness of Heretics
Browse Our Archives
Follow Us!