Having outlined the Noahic covenant in chapter 6, Kuyper now turns to the establishment of the death penalty and the implications of Genesis 9:5-6.

We can see, in both human nature and history, how necessary a prohibition on murder is if we don’t want the race to be exterminated–especially in the times immediately following the Flood!

In the course of the discussion, Kuyper raises the question of whether or not the Flood covered the whole earth, or just the portions (likely of the Middle East) where human beings lived. His conclusion is that we don’t know, but it probably didn’t cover the whole earth. Otherwise, why would we need protection from predators? If there were only two of every land animal left, we’d hardly need to fear being overwhelmed…

More importantly, what does Genesis 9:5 mean relative to animals?

This is unclear, but at the very least it means that the animals which serve us will prosper, while those which eat us will diminish. Thus there is a broad sense of justice in the world.

But that’s really an aside. The bigger point is that people ought not to attack each other. This is worse than animals attacking humans, because it involves the soul: both the corruption of the murderer in his action and the assault upon the victim. Such an attack also involves family corruption given our biological relations to each other (and remember that in Noah’s time, such relations were closer by far).

None of this has quite reached the call for capital punishment yet. At this point, it is still just a promise of Divine retribution. Such retribution can mean either 1) immediate fear and guilt as a result of the evil action; 2) direct providential Divine punishment; 3) eternity in Hell.

The only way out of retribution is through Christ, which is not really an “out” at all:

…does this [forgiveness for murder through Christ’s atonement] remove the truth of God’s ordinance? Obviously not in the least, because every child of God confesses that the punishment that brought them peace was laid on the Lamb of God. In this way, such a converted murderer has found peace for his soul only when he believingly confesses that his Savior has borne also this his murderous guilt, and has atoned the guilt of the shed blood in the shedding of his own life blood.
Therefore we must in no way–absolutely none at all–limit the complete validity and the full extent of the Lord’s declaration.” (63)

So the command stands, and murder must continue even in our day to be seen as what it is: a direct assault on both man’s organic unity and God’s ordinance. But it is also more than that too…

Which leads Kuyper into a discussion of capital punishment. We have to begin by responding to a few mistaken understandings of Genesis 9:6, starting with the question of whether that passage was just for OT Israel. The answer here is a pretty clear and solid “no.” Where the temptation will be to fall back on the traditional Reformed division of the Law into ceremonial, national, and moral, we instead need to take a different approach. Here there is the general principle underlying the form of the law–a principle which always stands.

Nor was this principle overturned by Jesus when he overturned the eye-for-eye legislation. In fact, Christ was merely overturning hypocrisy in the name of the true reading of the Law.

Nor was Genesis 9:6 just about personal vengeance. Instead, it fills out Genesis 9:5 by saying that “God will just the murderer by another man.” (69)

The more difficult question is whether this passage is descriptive (“murderers usually get theirs in a bloody way”) or proscriptive (“murderers should get theirs in a bloody way)? The conclusion of the verse, “for God made man in His own image” says the latter. This does not mean that we have an innate sense of justice after the fall. Nor does it sanctify our animal desire for vengeance. Instead, because God is the active agent in the verse (“God made man…”) the focus must be on the Divine order. What we have here is a proscription for human behavior in the life of the state, and the foundation of a judicial order. Which is where Kuyper is going to go in the next book.

For what it’s worth, I’m not sold on this. I think Kuyper’s exegesis is tenuous at best. Which is not to say that I have a competing exegesis to offer. Frankly, I just don’t know what the passage means. But I’m going to be a bit hesitant to hang a foundational theory of the state on a passage as unclear as Genesis 9:6. More on that undoubtedly as we go through the book. 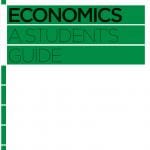 September 6, 2019
Everything you need to know before you think about Economics
Next Post 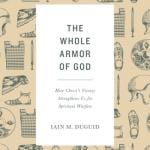 September 13, 2019 An Essential Tool for Spiritual Warfare
Recent Comments
0 | Leave a Comment
"https://uploads.disquscdn.c..."
Robert Conner Best books of 2019
"I AGREE WITH WHAT YOU SAID ABOUT STEVEN FURTICK HE DEFINITELY SHOULD NOT HAVE BEEN ..."
Anne Confronting the American Gospel
"Speaking as a 'heretic' I am of the opinion that the only thing theology has ..."
klatu Augustine on the usefulness of Heretics
"It's certainly true that we'll never fully comprehend the mind of God. He is infinite ..."
cneal Augustine on the usefulness of Heretics
Browse Our Archives
Follow Us!