To reiterate, in the post-Flood world we now live in a new and different dispensation that will persist until the return of Christ. This is where the kind of common grace that governs the world is kicked off in its present form. Noah’s covenant persists, while Israel’s covenant has been fulfilled. This means we must not continue to neglect the components of the Noahic covenant.

Kuyper then gives us a multi-point summary of everything we should notice so far:

All of which to say that our setting in this world is not only post-Fall (and certainly not pre-Fall), but also post-Flood, with a new set of ordinances. We can’t jump directly from our time back to Adam while ignoring Noah. We must instead remember the act of God in preserving humanity in this temporal life.

“The issue of common grace comes down to discerning clearly that we are dealing here with an act of God. An act of God not for the benefit of those eight persons living at that time, but an act of God that extends to the entire earth and the entire human race–not in a saving but in a preserving sense, of course.” (112)

Now, and only now, can we go back and examine that original form of common grace under Adam after the Fall, so long as we keep in mind that it has been altered under Noah. This early form of common grace was somewhat simple in its nature: it was the delay between judgment and punishment.

“On the very day Adam sinned, Adam did not die. This fact is certain. Adam received, if we may put it this way, a remarkable stay of execution, not in answer to his own prayer but as a free act of God’s will. And that act of God’s will, which accounts for Adam not dying on that actual day but continuing to live that day and for centuries thereafter, is nothing other and nothing less than a very powerful act of common grace that affects all people, including us personally.” (113)

This too is common grace put to work preserving the human race.

In thinking about these issues, we must be careful to stay very near to Scripture. Some Christians who have waffled on this have risen to defend against the more extreme theological liberals like Schliermacher, the door was only open for these liberals in the first place because of a dry mechanicistic view of Scripture on the part of Christians. Both the liberals and these Christians separate form from content, just in different ways. The liberals reject the content while the mechanical thinkers reject the form. But the liberals are especially guilty here, since they have doubled down on their devotion to the mere poetry of Genesis. In doing so, they emphasize its subjective beauty and downplay human sin. This ultimately loses the value of the whole text.

The Bible, however, is not true because it is subjectively beautiful. In fact, the Bible runs contrary to what most cultures have taught to be subjective beauty, and only appeals in this way to those raised in its shadow. And this perception of the heart is not the truth, nor is it the certainty that we really need. Certainty is achieved not with broad agreement about Genesis, but rather by a narrow agreement on the details. On everything outside of those provided details, we must remain skeptics. Our feelings are irrelevant with regard to what is true. Any conclusions we draw must be based on only what is revealed, not on the emotions we have used to fill in the blanks.

If I have hesitation about some of what Kuyper has to say in earlier chapters, here we’re back on solid ground. I especially appreciate his willingness to leave blank the direct question of six day creation vs. old earth creationism (so far, anyway–that may change down the road). Likewise he takes no position on evolution, other than to denounce it as an absolute system. This seems wise to me, but then again I’m a political scientist and not a scientist scientist, so take my opinion for what it’s worth. 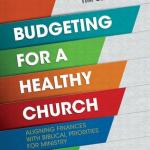 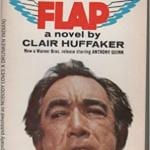 October 4, 2019 How to stand up for yourself when you've got nothing
Recent Comments
0 | Leave a Comment
Browse Our Archives
Follow Us! 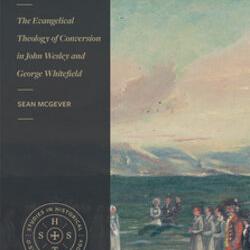