In the previous chapters, Kuyper argued that one of the problems we run into is confusing ‘symbols’ and ‘types’ in Scripture. This leads some believers to do things like assume that national Israel still is a part of the Kingdom of God. Here, Kuyper begins to work out why this is no longer the case.

The problem is, what John saw was real. Not spiritual. This doesn’t mean that there’s a 1-to-1 identity between the ancient city of Jerusalem and what John saw coming down out of the clouds (so again, the Chilliasts/Dispensationalists are wrong)–the New Zion is not simply a rebuilt Jerusalem. So we don’t totally reject the role of symbolism in the book of Revelation. The same is true of Israel, and the other things we find in the Old Testament. The “balm in Gilead” or the city of “Babylon” are symbols of greater realities.

So again, the Chilliasts are wrong–even the panoramic view of prophecy shows us this:

“Panoramic is understood to mean that the prophetic vista telescopes the various stages of the development of the church under the old and new covenants and even into the kingdom of glory, so that these stages overlap and simultaneously provide a single continuous perspective from Jerusalem in the days of prophecy to the heavenly Jerusalem that is to come.” (431-432)

Prophecy may begin with the national state of Israel, but it expands beyond that rather than limiting itself to geopolitical realities.

Kuyper has said earlier that this doctrine need not divide Christians who otherwise agree on the Gospel. Yet as with anything, if pushed too far it can become a primary issue and begin to undermine the doctrine of atonement–especially because all of this has to do with the Presence of God. A restoration of the temple, again contrary to the arguments of the Dispensationalists, would not restore the Presence of God or revitalize the sacrificial system. Faithful Christians who have bought into this (Darby and Da Costa, for example) have made this mistake thorugh a confusion of symbol and type.

And here we finally get to the distinction between the two–which Kuyper could have done a better job of being explicit about. He gives us enough examples that we can see what he means: symbols pass away; types remain valid even after they have passed. Kuyper uses the examples of Passover, the kingship of David, and the nation of Israel. Passover was a symbol–it pointed towards the substitutionary sacrifice of the Lamb of God. Once the true Sacrifice had been made, the symbol passed away. The kingship of David was a type–there was a real connection between David ruling Israel and the birth of Jesus as the Son of David (though there were symbolic elements to David’s kingship as well). Even when David had died, the importance of the type remains. Christ is our King. The nation of Israel was both a type and a symbol. Some aspects of the people of God in the Old Testament remain relevant, others have passed away. Its status as a nation state is one of those which have passed. Failing to understand that is the source of error on the part of the Dispensationalists.

I think Kuyper is on to something here, which I’ll have to give more reflection to. Certainly I’m going to disagree with some of his applications (I am a Baptist, after all). But there is a good distinction here that needs some working out–ideally by someone smarter/more articulate than I am…. 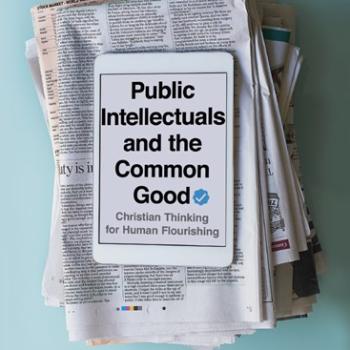