Normally reviews go up on Fridays here at Schaeffer’s Ghost, but since it will only be available on Hulu for few more days (six, as of 4/18/2020), I thought I’d bump this review of the Disney Family Sing-Along up to a special time slot. Namely, as soon as I finished writing it.

If you’ve not seen it, it’s worth finding on an appropriate streaming service. Not because it’s spectacular–it’s really, really not. In fact, in terms of production quality they really hit you with the big guns up front with a dance number by two people whom I had never heard of, but whom Ryan Seacrest tells me are on Dancing with the Stars. For that matter, I’ve not heard a lot of the music in the show, nor had I heard of most of the people featured. Some of the ones I have heard of I didn’t recognize, because everyone is doing their own makeup these days. Not that I can throw shade there–if I wore makeup, I’d be doing my own too.

And yet… and yet it was still a compelling… however long it was. An hour when it was broadcast on TV. Probably 40-some minutes streaming without commercials. However long, it was worth watching. For example, I’m only vaguely aware of who Little Big Town is, but it was charming to watch them in the kitchen with their kids trying to belt out “A Spoonful of Sugar.” (Disclaimer: The Country music sound and Disney, by and large, don’t go well together.) Which didn’t make it a bad performance–again, it was very charming to watch. Much better were Michael Buble and, of all people, Donny Osmond and John Stamos (“A Dream is a Wish your Heart Makes“, “I’ll make a man out of you”, and “It’s A Small World”, respectively).

Why was this mish-mash of songs I didn’t know sung by people I didn’t recognize (yes, I’m old) so worthwhile? I don’t know for sure. I think one reason might be that it was a reminder that even the wealthy and famous are stuck at home and in the same position the rest of us are in. Sure, their homes are nicer and their recording devices are more expensive, but they’re also spending time with their kids, singing along to songs they love, baking, and doing all the other things that the rest of us are doing to keep soldiering on through the quarantine. (I guess to be fair, I’m not baking or singing along to songs I love–but more time with the kids and cheap recording devices hit the mark at least.) Maybe they’re not as worried about money as the rest of us, but in some small way the distances between the powerful and the regular have been diminished. And I think it’s also important that those distances have been diminished not by Bernie Sanders using the weapon of the state to go after the 1% or Donald Trump pulling the plug on the swamp, but rather by a literal act of God. The threat of sickness and death faces every human being all the time. We Christians know this, even if we forget it some times. Now, we have a reminder in our face regularly. In the Disney Family Singalong we see through their own phones that the elites are just as concerned as we are. For the Christian that fact is not a call to revolution to complete the equalization: it is a call to repentance. Whatever the distance between two human beings now, we will all someday stand before the throne of Judgment. In that day, we will not be forgiven because we were poor or exempted because we were rich. Instead, we will go to reward or judgment based solely on whether we have faith in the atoning blood of Christ.

That’s one reason this might have been compelling. Another is that the wife and I spent a good forty minutes afterward talking about what Disney songs should have been included. (You can read what was actually included here.)
Picking songs depends in part on the criteria we’re using. Should it be songs that influenced us growing up? Our favorites overall? Songs that we think are important, regardless of whether we like them? (I’ve never been nuts about ‘heigh-ho,’ but it’s certainly an important song in Disney history.)  Or, since theoretically it’s a singalong, should they be songs that can be sung along with? That would exclude solid songs like “I wanna be like you“, since most of us can’t scat and none of us can scat in sync with someone on a TV screen. Still, lists must be compiled. I came up with a few specific songs and some general categories. Feel free to make your own suggestions in the comments–anything Disney is fair game, including TV show themes (yes, “Ducktales” counts).

What should have been in the Disney Family Singalong

Clearly I’m not tied to specific songs–and Disney’s show hit four on my list. Which makes sense: I think movies like The Lion King and Aladdin and Mary Poppins have generally strong songs overall–I’m actually hard-pressed to think of a bad song from any of them. With the exception of “Feed the Birds.” I know it was Walt Disney’s favorite, but it’s no “Chim Chim Cher-ee.” Heck, it’s not even a “Sister Suffragette.”

Or a few that were considered, but were eliminated for one reason or another:

Again, further suggestions are welcome in the comments. If you haven’t seen it, it’s a good way to spend some of your time on lockdown with family. 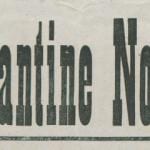 April 17, 2020
What will COVID-19 mean for the future of the Evangelical Church?
Next Post

April 21, 2020 Common Grace, 1.49
Recent Comments
0 | Leave a Comment
"I am aware of those kinds of discussions and statements (and even of the fact ..."
cneal Confronting the American Gospel
"No disagreement here!"
cneal Common Grace, 2.7
"No--Christians should be institutional because the church is an institution (it is more than that, ..."
cneal Christian Institutions in the 20th Century
"Good points! I love Will's columns too (he's especially been on fire for the last ..."
cneal George Will’s Mixed Sensibility
Browse Our Archives
get the latest from
Schaeffer's Ghost
Sign up for our newsletter
POPULAR AT PATHEOS Entertainment
1 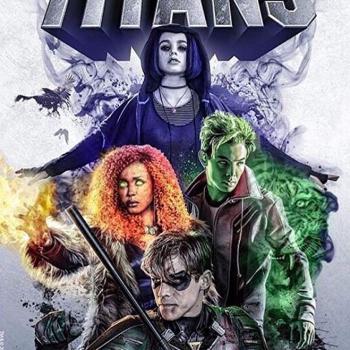