Owen for all of life

“That what I have of direction to contribute to the carrying on of the work of mortification in believers may receive order and perspicuity, I shall lay the foundation of it in those words of the apostle, Rom. viii. 13, “If you through the Spirit do mortify the deeds of the body you shall live;” and reduce the whole to an improvement of the great evangelical truth and mystery contained in them.”

That is the first sentence–and, as it happens, the first paragraph–of John Owen’s short book The Mortification of Sin in Believers. Mortification of Sin was Owen’s book written for new believers and the common man in order to assist them in their war on sin and pursuit of holiness. In his time and ours, many readers have been turned away from Owen’s work by the difficulty of his language and the density of his thought, for reasons that should be clear from the quote above.

And this is a shame, because Owen has much to say that we need to hear. He is rightly considered the greatest Puritan theologian (and that is really saying something). To help us access this great mind, Crawford Gribben has given us the wonderful little book An Introduction to John Owen: A Christian Vision for Every Stage of Life.

In this book, we get an overview of Owen’s theology as it develops in the changing circumstances of Owen’s life. From his conversion to his service in Cromwell’s army to his break with Cromwell to his life as a dissenting preacher under an aggressively persecuting established government, Gribben outlines Owen’s theological development in a way that is both accessible and readable. Along the way, we get Owen’s thoughts about childhood, youth, adulthood, and death (among other things).

Owen is a great theologian and someone that every Christian should know about, and because of how difficult his writings are he is something that most of us are just unlikely to dig into. To that end, this book is absolutely a blessing to the church and one you should definitely have on your shelf. 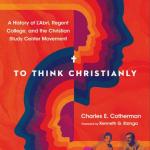 October 7, 2020 Christian Institutions in the 20th Century
Recent Comments
0 | Leave a Comment
Browse Our Archives
get the latest from
Schaeffer's Ghost
Sign up for our newsletter
POPULAR AT PATHEOS Entertainment
1

The CW's 'Walker' Is Sure Not...
Kate O'Hare's Pax Culturati
Related posts from Schaeffer's Ghost