Given “the problem”, i.e. that the world isn’t all bad and believers aren’t all good, Christians explain “the solution” by means of Scripture as explained in the confessions. But what is the world’s view here?

The world’s answers to this problem (which is more of a ‘situation’ than a problem, to at least some worldly observers) have as much influence on the world as our revealed dogma does on us. All of us live by and on our presuppositions, so we can’t just ignore these beliefs even if they are beliefs with which we disagree. Hence Kuyper’s length study of worldly philosophy here.

The two broad categories of worldly answers are:

Starting with the first category, the people of practice/common sense divide the human race into three groups or classes:

Within this view are lots of varieties, but mostly mere gradations of degree or style. Any problems, especially with the middle can be fixed by education or socialization–coerced if absolutely necessary. Carried to its logical conclusion, this breakdown of humanity leads to gossip and malice, even within families, such that complaining becomes the dominant human activity. And it’s easy to see why this is necessarily the result. When we think to ourselves “we’re all good people” what we usually really mean by that is “I think I’m a good person, and I don’t want anyone saying otherwise, so I’m going to extend this idea to everyone else.” Then we see the awful things that other people do–even if just in small and petty ways, and either despise them for it (malice) or tell others about it with some small amount of glee (gossip), and then begin to gripe either about their actions or about the hypocrisy that doesn’t allow us to pursue the same course (complaining).

I’m not completely sold on Kuyper’s reasoning that the common-sense view leads specifically to gossip, malice, and complaining. That feels more like a time-period-specific conclusion relevant to the Netherlands at the end of the 19th century (or beginning of the 20th, or whatever). Which isn’t to say theses aren’t problems now, just that it’s better to point out that sin in general and public/social sin in particular are the results of a worldview that begins with the assumption of the general goodness of human nature.

More on that in the next post, where Kuyper points out the problems inherent to this view. 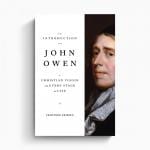 October 2, 2020 Owen for all of life
Recent Comments
0 | Leave a Comment
"hmm interesting and informative information, and would like to add interesting information from myself. I ..."
Steve Andrews Violence and Sports in Netflix’s “Malice ..."
"Fair enough--though I do have to wonder at what point someone who believes in ongoing ..."
cneal Common Grace, 2.50
""... we're not deists and don't believe God has created and then left." Not all ..."
Deist1737 Common Grace, 2.50
"I am aware of those kinds of discussions and statements (and even of the fact ..."
cneal Confronting the American Gospel
Browse Our Archives
get the latest updates from
Schaeffer's Ghost
and the Patheos
Entertainment
Channel
POPULAR AT PATHEOS Entertainment
1